×
I live within 90 minutes from Washington, D.C. but I’ve the majority of the time I’ve spent there was  during field trips while I was in elementary and middle school. As an adult, I’ve been to one concert at RFK stadium and I’ve been to Washington Union Station a few times for work, but I’ve never ventured further out than that.
Last year the MARC train service decided to start offering weekend trips to D.C. As soon as I heard about it, I said I wanted to go but of course that took more than a year before it happened. My friend Shannon had the idea for us to take the train down and just hang out in D.C. for the day, so that’s exactly what we did last Saturday. 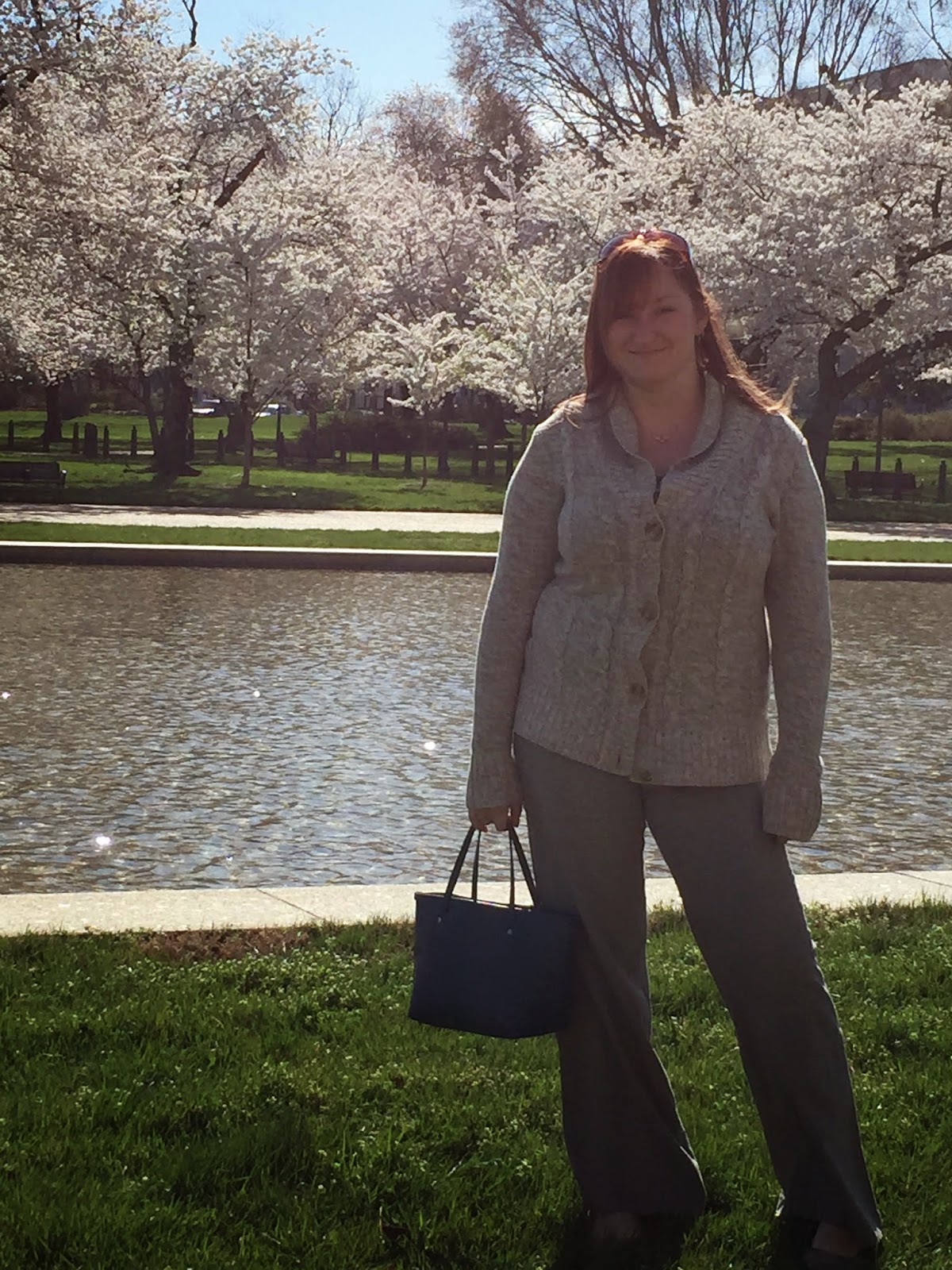 The closest train station to us was the first stop on the route which worked out great. It took us about 90 minutes to get there which wasn’t bad at all. We headed out of Union Station and started toward the Smithsonian museums. The Cherry Blossom parade was last Saturday and we got to watch the different people in the parade lining up. 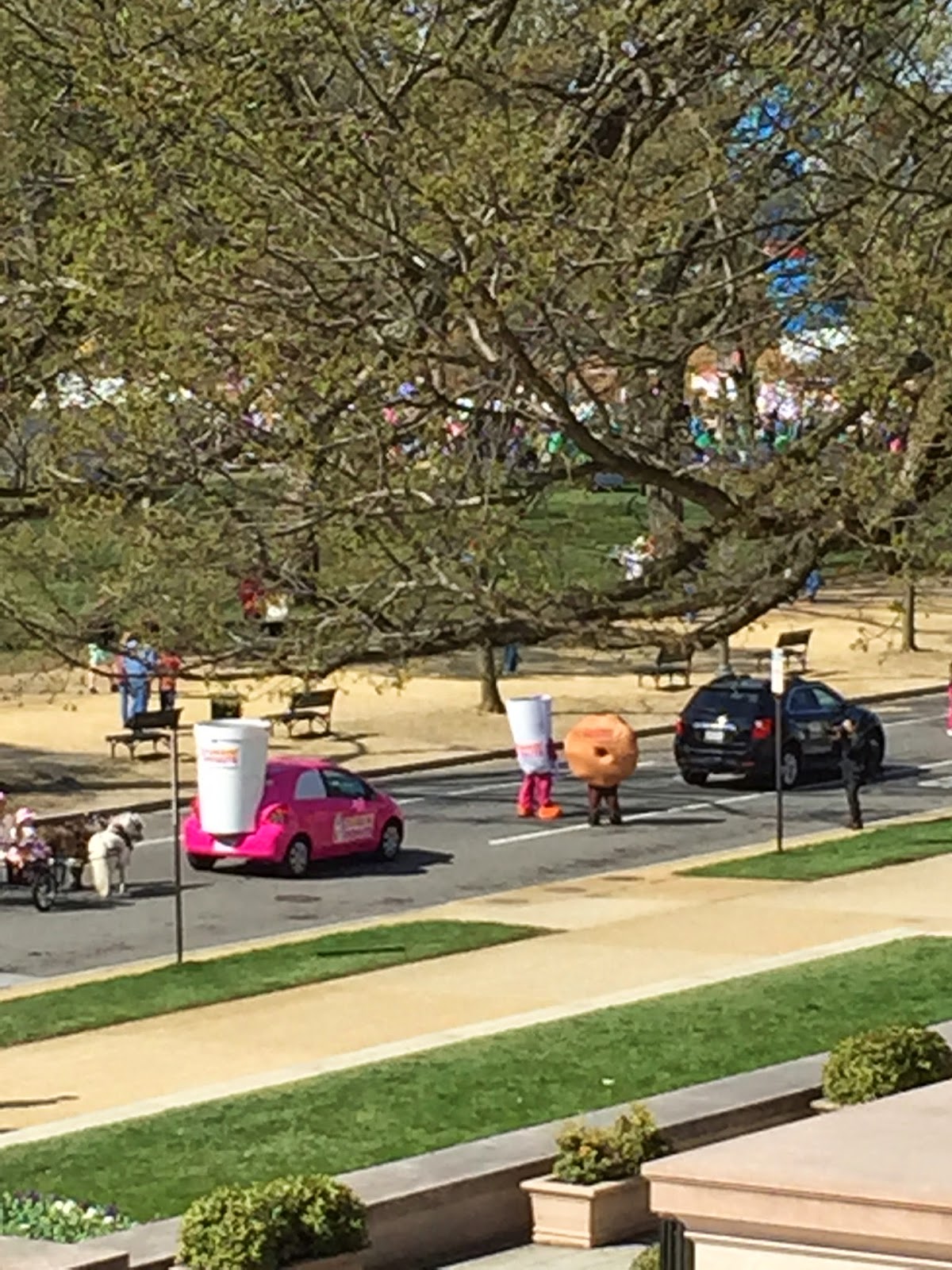 That’s a Dunkin Donuts car AND a person dressed as coffee and a donut
We made a slight mistake by crossing the street to go into one of the museums because we didn’t realize all of the other museums were on the opposite side and the road would be closed off for the parade. We still had fun though and watched part of the parade until there was a break and we could cross the street.
I hadn’t been in the Natural History museum since the eighth grade but I was surprised that I remembered the layout of the museum. We strolled kind of quickly through the mammals and sea life and then dawdled our way through the minerals and gemstones. Shannon had a fun time pointing out ginormous stones and telling her husband that’s how big she wanted her next wedding ring to be. (They’ve been married 10 years and her ring no longer fits, so they’ve been looking for a new one.) 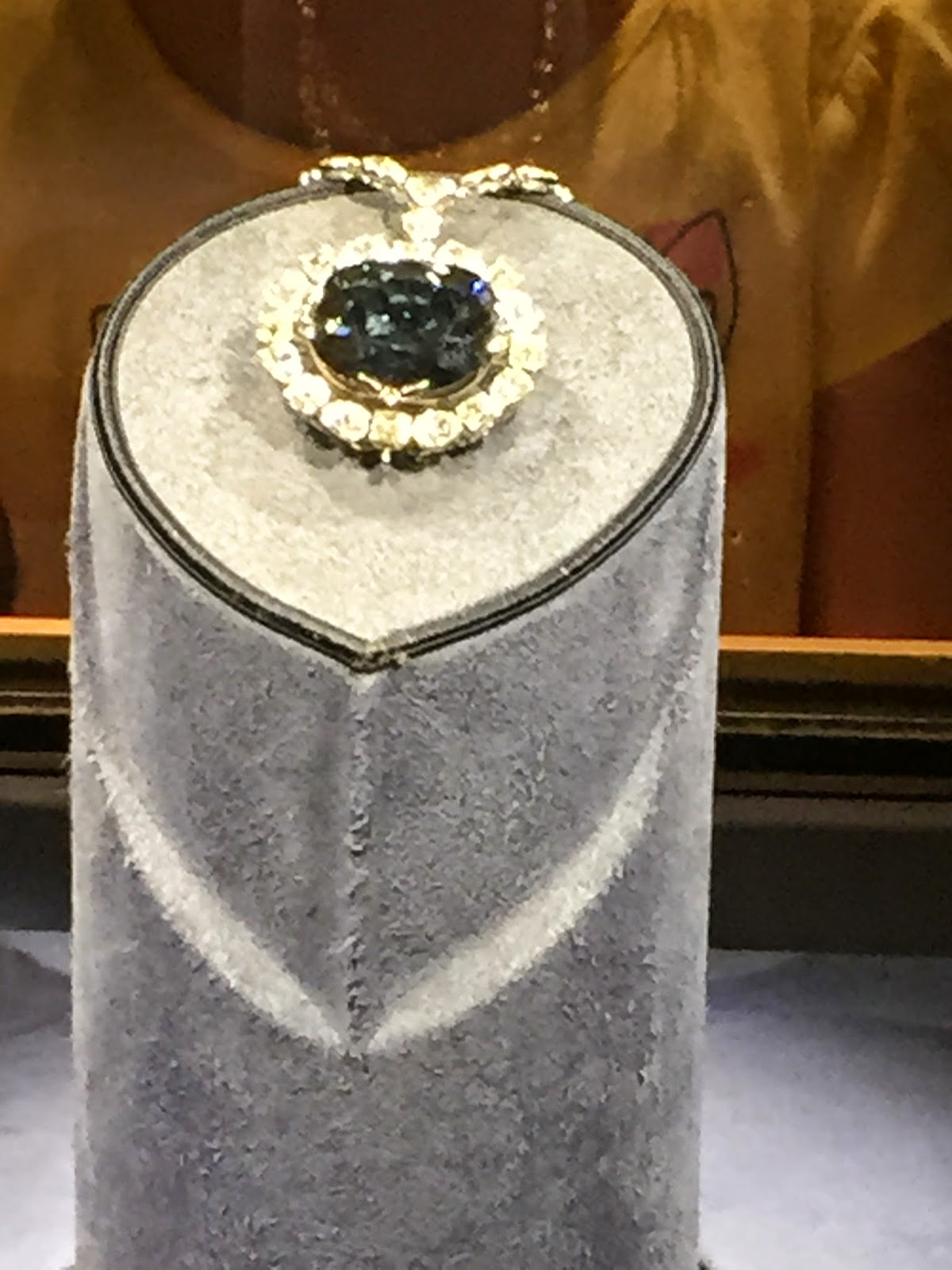 The Hope Diamond
We didn’t bother with the other exhibits and headed on over to the American History museum. The parade had ended at that point and it felt like everyone had moved into that museum. We only did the first two floors, but of course the food exhibit was my favorite. I could have spent an entire hour in there, reading every single placard about the transformation of food in our society. This time around I opted to take a ton of pictures of Julia Child’s kitchen instead. 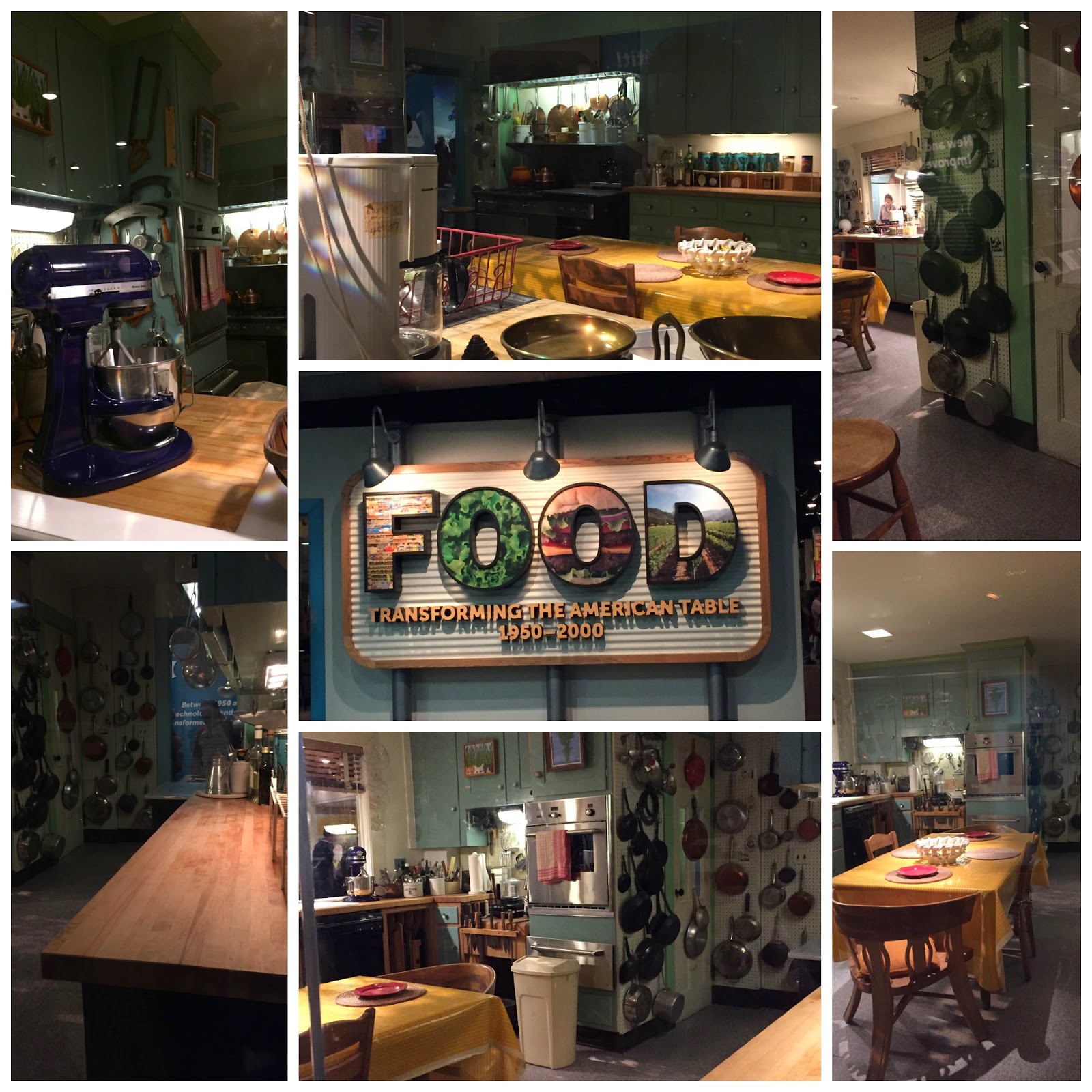 You know I had to take a pic of the Kitchenaid! 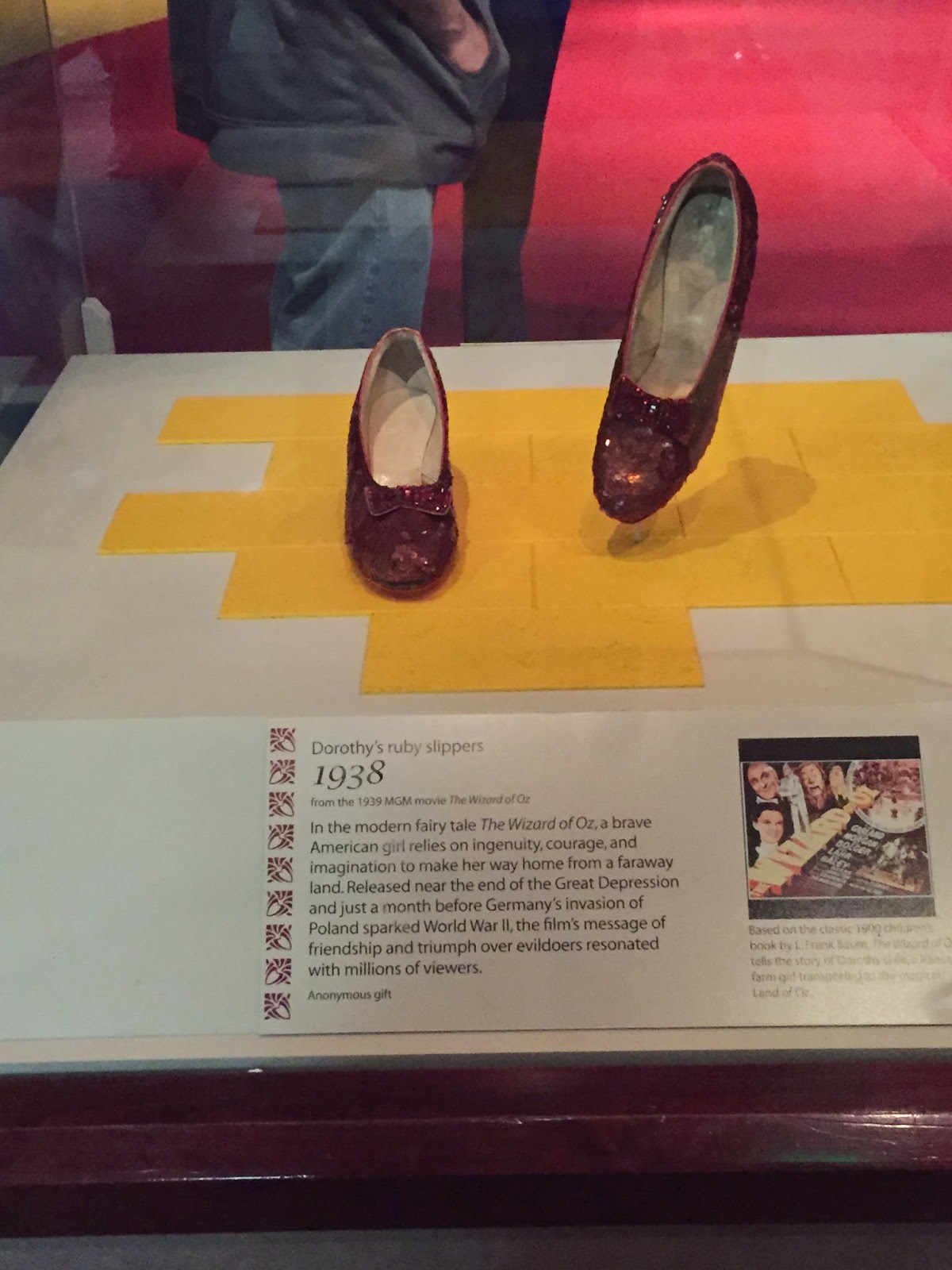 Dorothy’s Shoes!
It was just after 2 in the afternoon when we left the American History museum and we headed over toward the monuments and found a variety of food trucks on the street. One of the things I wanted to do while in D.C. was eat from a food truck, so we chose one called Philadelphia Steak Bites and stood in line. And stood in line. You’d think 2 pm would be the end of the lunch rush, but there had to be 300+ people on the sidewalks with us in line for the 7 trucks there. Thirty minutes later we placed our orders and then it took another 20 minutes to get the food. Honestly, I don’t even remember what the cheese steak tasted like. I was starving and tired of standing at that point. They could have served me cardboard with cheese melted on it and I probably wouldn’t have noticed. 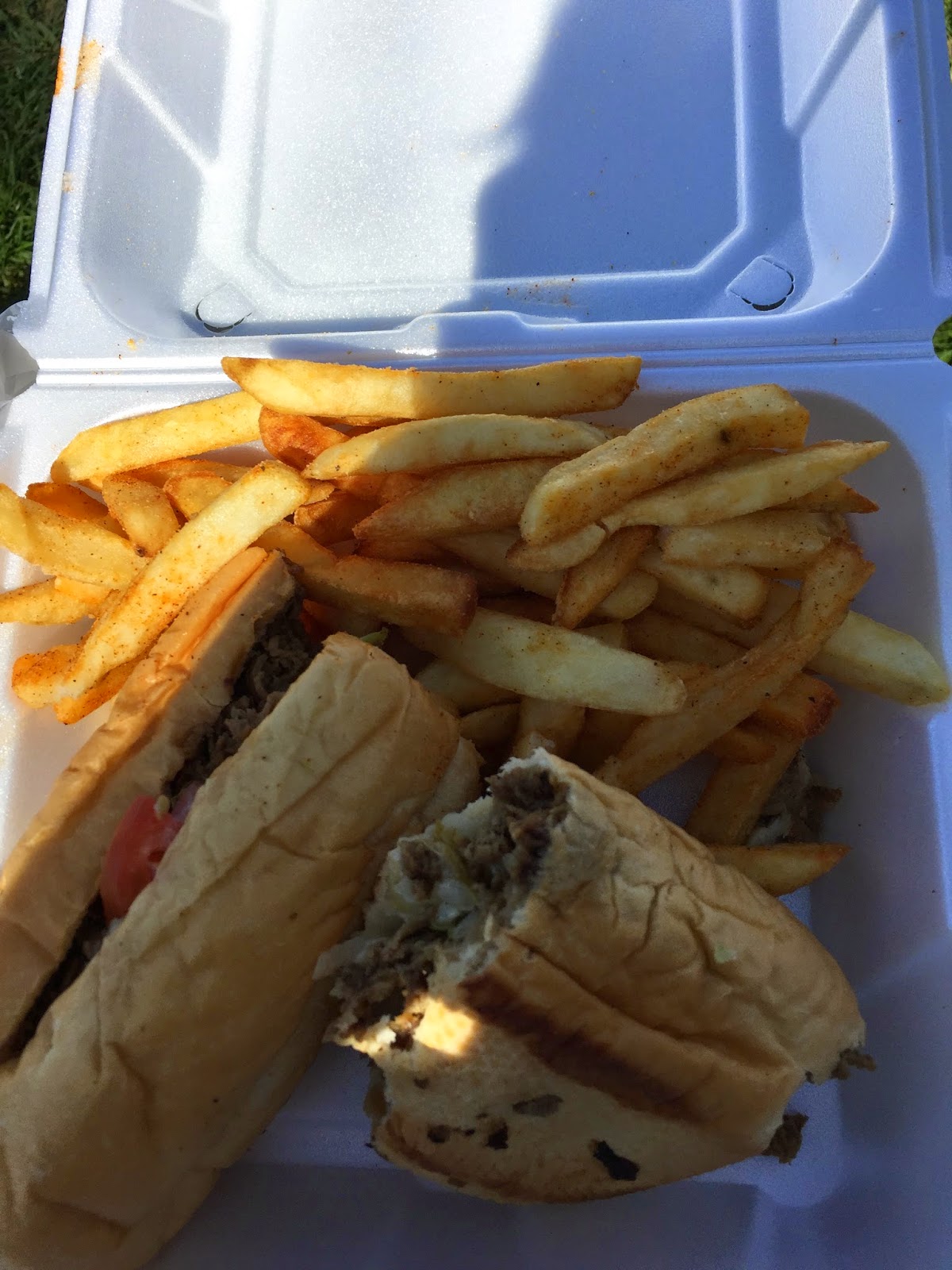 Food truck cheese steak & fries
After our really late lunch we headed on over to the monuments. As a kid, I thought I had visited all of them but I quickly realized we only went to the closest ones. We decided we were going to see good old Lincoln and made our way down the path to get there. Everyone else seemed to have the same idea. It was by far the most crowded monument that we went to but I still got some decent pictures. 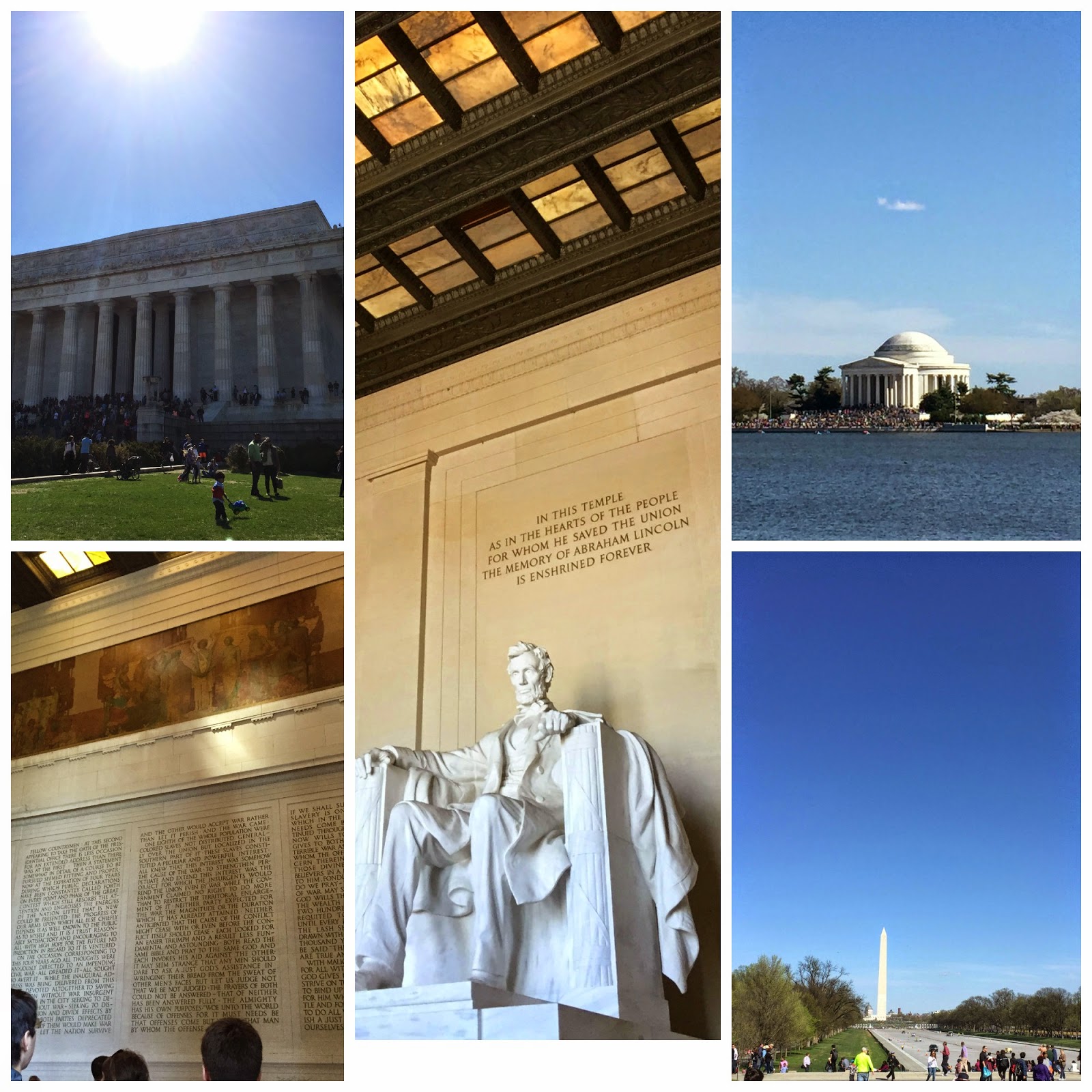 the monuments
Shannon was really bummed that the reflecting pools were currently drained and being repaired.
It was a little after 4 and we decided we were far enough along the National Mall that we should cut on over and see the cherry blossoms. It was insanely packed. We managed to get some good pictures before being squished like sardines to get around and past where the festival was going on. It took nearly an hour to do that and by this point our feet were hurting pretty bad so we decided to make a very leisurely trek back toward Union Station. 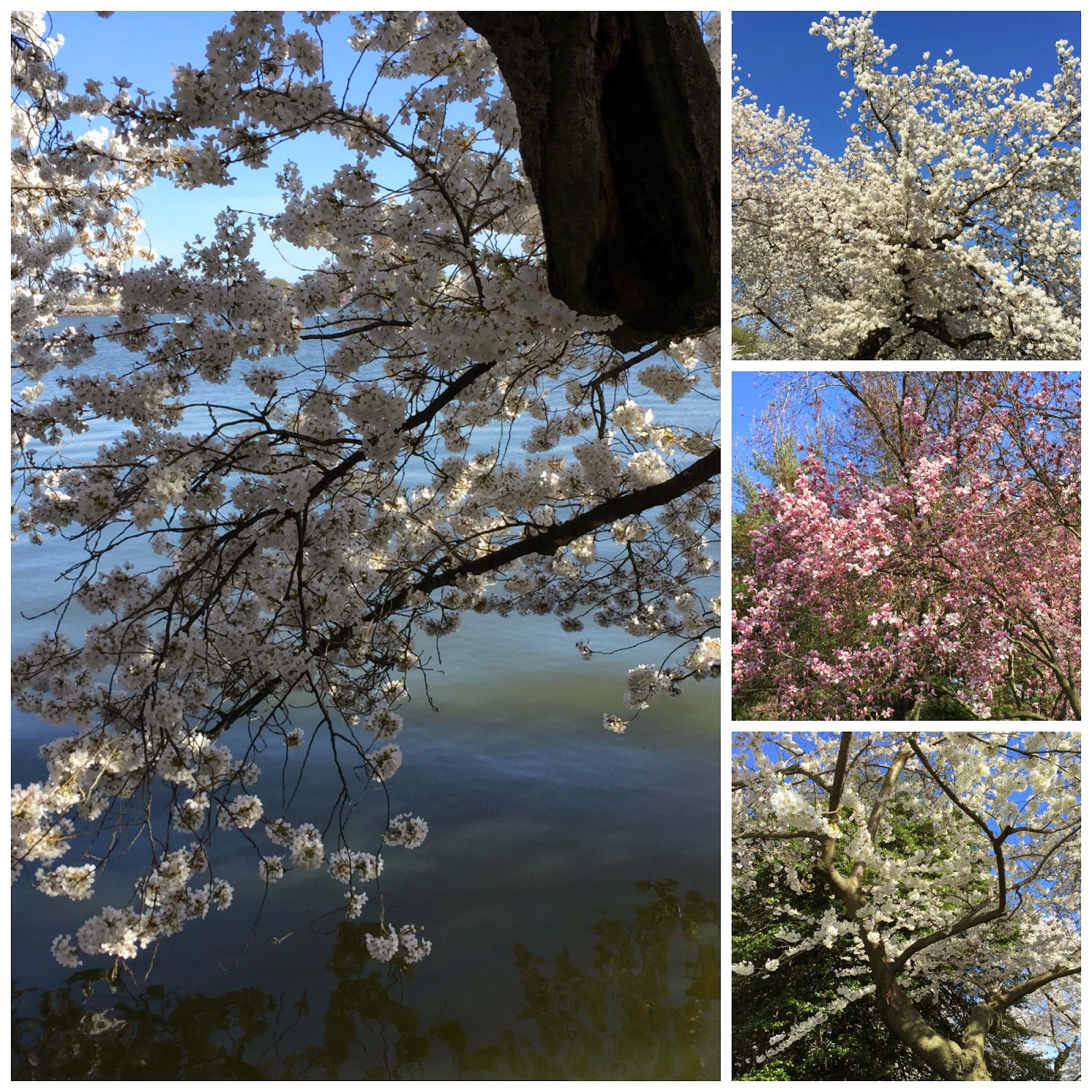 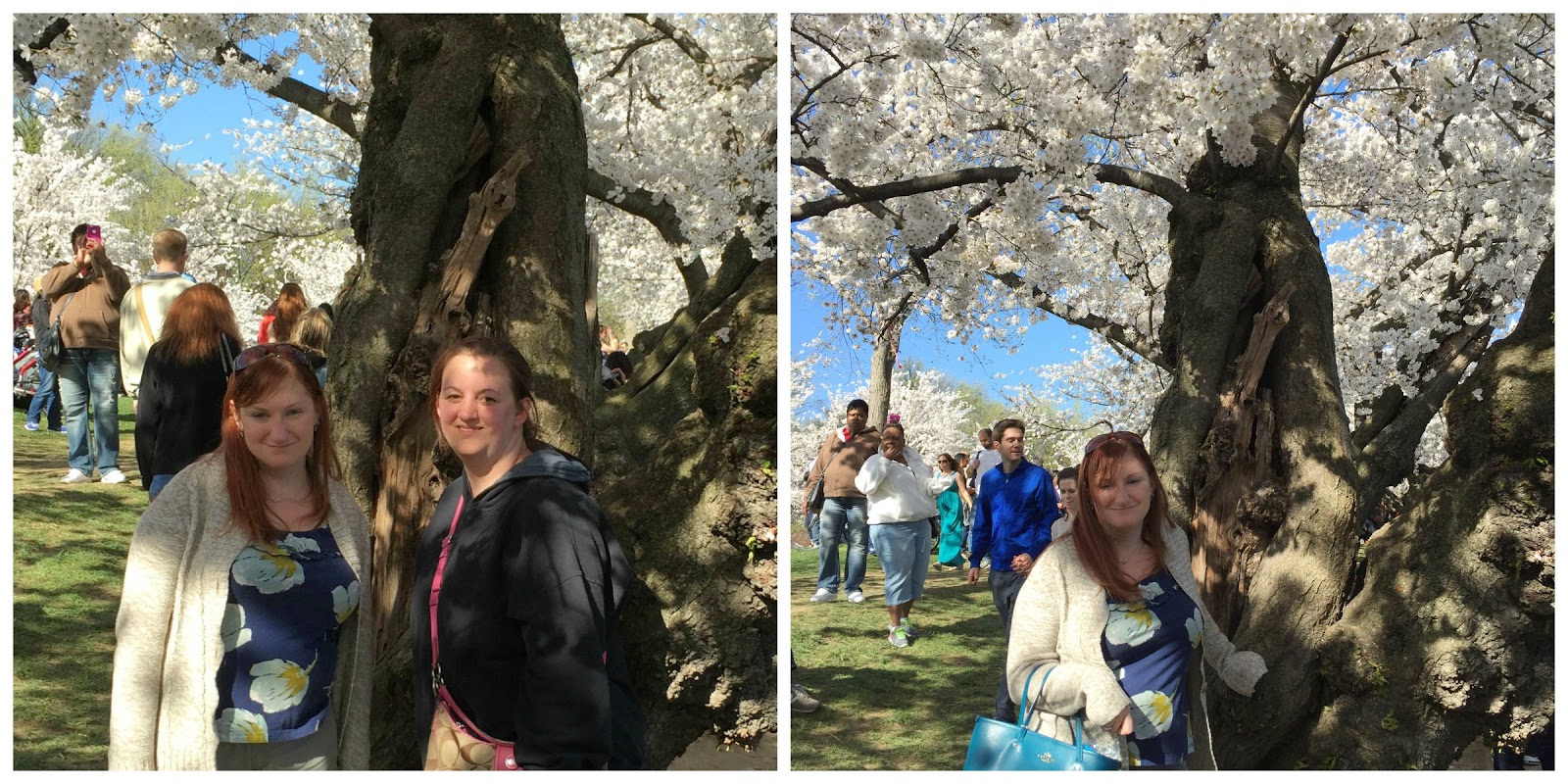 Shannon and I with the cherry blossom
We ended up running into more food trucks and decided to get some ice cream. I completely forgot to photograph mine, but I had vanilla bean frozen yogurt from the Sweet Cream truck.
Another friend who knew we were down there had sent me a text asking where we were and letting us know that a shooting, a suicide had happened at the Capitol and it was on lockdown. By the time that we made it back that way, the lockdown had been lifted and the area was surrounded in crime scene tape.
We ended up back at Union Station around 6:30 pm. There is one downside to taking the train to D.C. from our area. You either need to be done everything and back in the station to take the 5:40 pm train, or you need to stay in D.C. until 9:30 at night. Our feet were too sore to continue so we bought our return tickets home, grabbed something to drink and hobbled over to the gate we’d be departing from and barely moved until we got to leave.
All in all, it was a great trip but next time we’re not going to plan to do so much in one day. My phone told me we walked nearly 13 miles and 7 flights of steps which is just exhausting to even think about. Two days after we got back I was still hobbling around from walking so much. (Apparently 30 years old is the threshold for extended walking. I managed 10 miles at Universal in February and could still walk the next day. Last Sunday I nearly cried thinking about having to go grocery shopping.)
I’d like to go back again before it gets too hot and go to the Holocaust Museum since I haven’t been there since middle school. A trip to the National Zoo is hopefully also in our future. And Tom and I have concert tickets to the Foo Fighters  at RFK Stadium on 4th of July and we plan to take the train to that too, so it looks like I’ll be spending a decent amount of time in D.C. this year!
Previous Post: « Strawberry Basil Sorbet Bellini
Next Post: Lemon Curd »