I’m so excited to be participating in #Choctoberfest again! When I told my coworkers that I was participating in a chocolate event their eyes lit up and they immediately began asking me what types of recipes I was going to make and bring in for them. 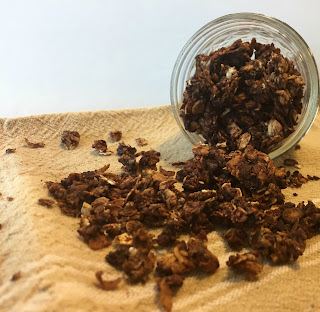 Do you think they’re a little spoiled? 😉 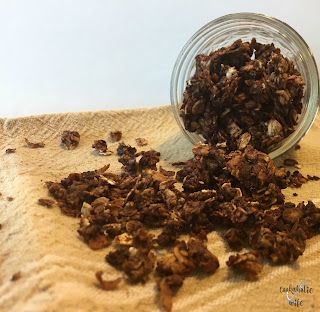 One of the #Choctoberfest sponsors is Caveman Coffee. I’ve known about them for quite some time, since they are hugely popular in the Paleo world, but I’ve never had a chance to purchase their products. 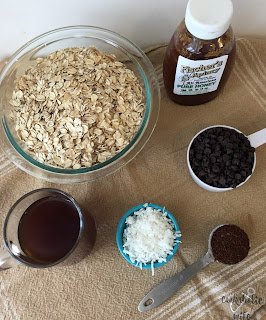 Disclaimer: I received Caveman Coffee Blacklisted Single Origin Arabica Beans and Caveman Coffee Cacao Butter for free to use in this recipe. This is a sponsored post and all opinions are my own.

I’ve never been a coffee snob. For nearly all of my adult life, I’ve drank coffee with flavored creamer and sugar, so I never really understood people who said that Starbucks or Dunkin make terrible tasting coffee. Then I had to start drinking black coffee and found I could just about stomach it when it was a flavored coffee. 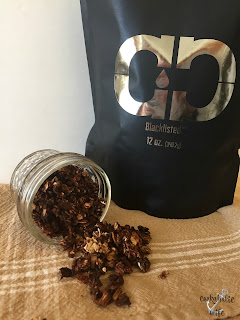 Then I tried Blacklisted coffee, black and it was like a light bulb went off in my head. Ohhhh, that’s what good coffee is supposed to taste like! One sip and I really don’t know how I’m going to go back to the other stuff in my pantry.

So, while I figure that out, let’s move onto this recipe. Like most people in the world, I really don’t have time for breakfast. Coffee I can fit in because I can pour it in a travel mug or brew some in the Keurig once I get to work, but breakfast takes more effort. Which is why I’ve managed to combine your morning caffeine fix along with your body’s need for breakfast in this recipe.

Plus it never really feels like breakfast when it includes chocolate chips, right? 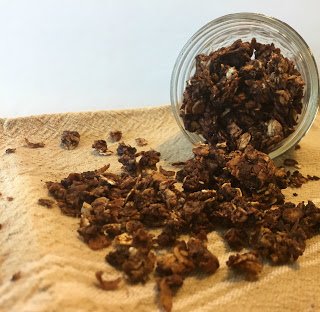 Keyword choctoberfest, coconut, granola, mocha
Did you make this? I want to see, soMention @CookaholicWife or tag #cookaholicwife! 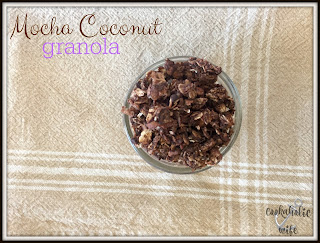 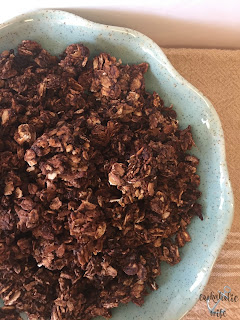