The Kentucky Derby is taking place today! Have you ever watched it or attended? I can’t say I’ve done either, but it is on my list of things to do at some point in my life.

Since I don’t really know anything about horse racing, maybe I should start off by hosting a viewing party for it. Dresses, big hats, tons of Kentucky food and lots of bourbon! That sounds right up my alley actually…

(Note to self: plan Kentucky Derby party next year) 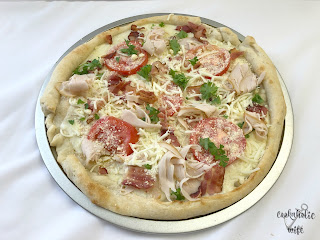 The bloggers in Festive Foodies decided there was no better of a way to celebrate the day than by sharing lots of Kentucky and derby related recipes with you. Ellen of Family Around the Table is our hostess for this event.  At first I planned on making mint julep brownies but then I realized I’d never blogged the hot browns I made.

I made them in slider form a few years ago and like then, the pictures turned out just “meh”. Sliders are not easy to photograph so I decided to get a little creative and take the traditional sandwich and turn it into pizza instead. 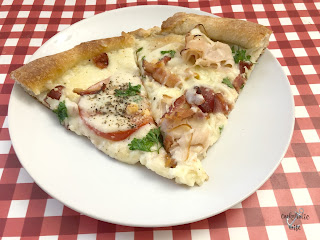 Kentucky Hot Brown sandwiches were created at the Brown Hotel in Louisville back in the 1920’s. It was as an alternative to ham and egg late night dishes. Traditionally the sandwich is served open-faced on toasted bread, topped with sliced turkey, crispy cooked bacon and a cheese sauce. That’s where the similarities end though, as there are multiple versions of the recipe from there. 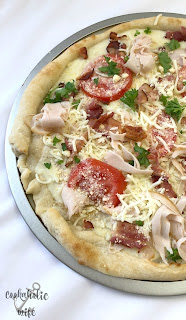 Some choose to make a Mornay sauce using Gruyere cheese. Others make the cheese sauce using white cheddar. American cheese is another option. The sandwich can be topped with tomato slices, pimientos, or mushrooms. 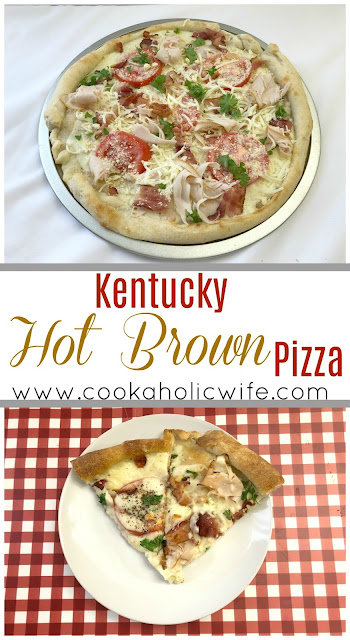 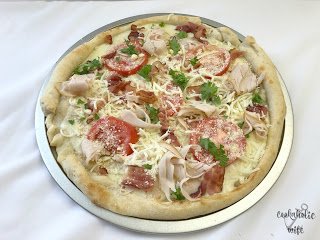 For the Mornay Sauce:

For the Mornay Sauce:

Keyword cheese sauce, kentucky hot brown, pizza
Did you make this? I want to see, soMention @CookaholicWife or tag #cookaholicwife! 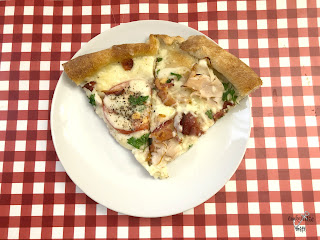 The idea of deli turkey on a pizza is a little weird, until you try this pizza. I could not get over how good it was. The cheese sauce provides a nice base, the bacon a little crunch and the tomatoes the perfect amount of sweetness. The only thing I would change is I’d probably double do it with pimientos and tomatoes, because I love both of them and I really think there should never be a wasted opportunity to use pimientos. 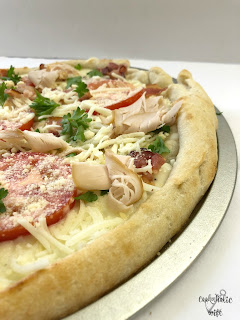 Check out what other great recipes were made by the Festive Foodies!