It was the end of the week and I realized I didn’t have a side dish planned for dinner. A quick look in the fridge informed me that we had about 1 ½ cups of corn kernels from corn on the cob and a leftover red pepper. I first thought about doing a corn and red pepper rice, but when I opened the pantry I spotted the quinoa first.

I rarely think to cook with quinoa. Mostly because I am completely paranoid those tiny little quinoa pieces will explode from the pot and take over my kitchen. They’ve done it before… Nevertheless, I decided people are always looking for new quinoa recipes so I might as well provide them with one. 🙂 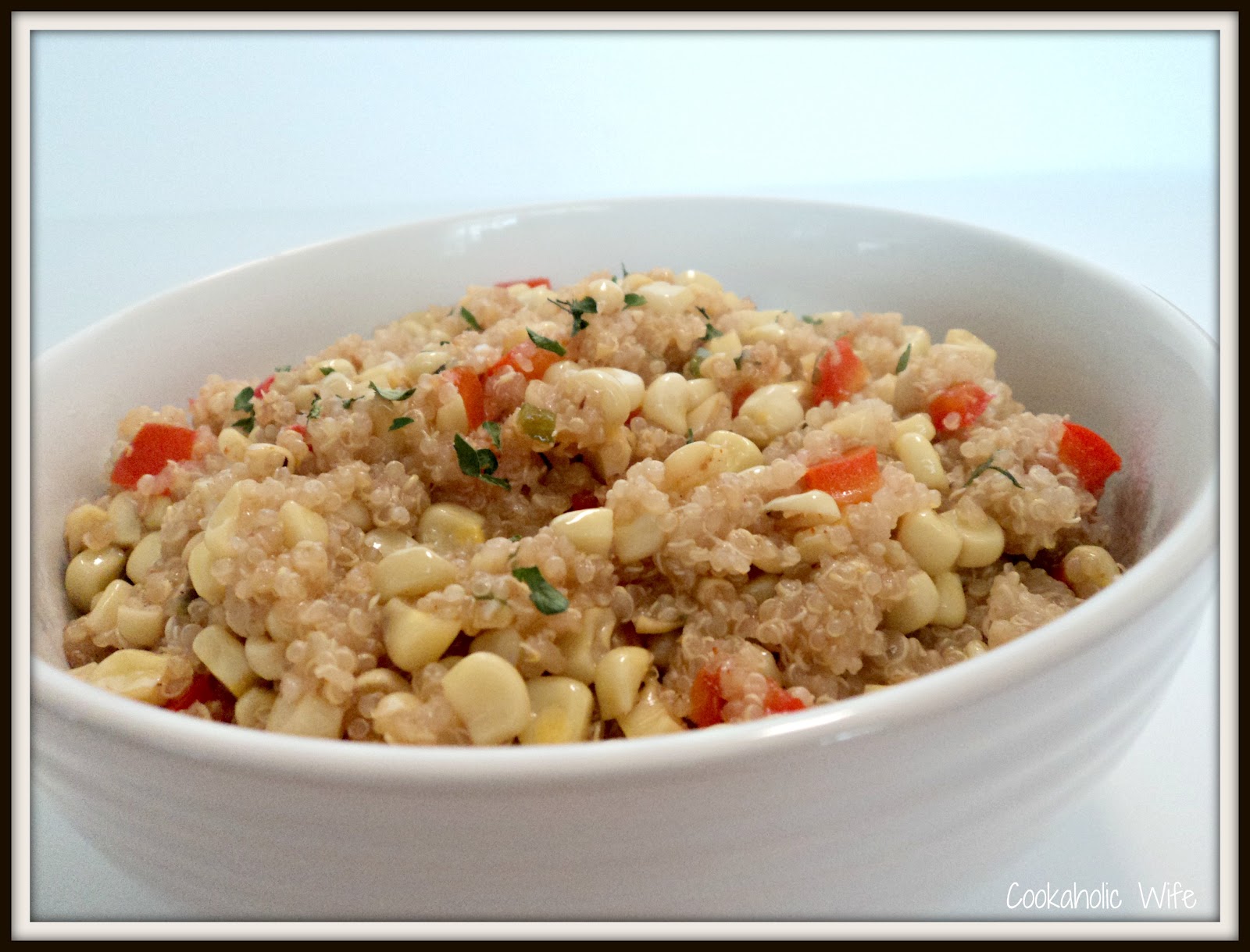 Keyword bell pepper, corn, quinoa, salad, side dish
Did you make this? I want to see, soMention @CookaholicWife or tag #cookaholicwife! 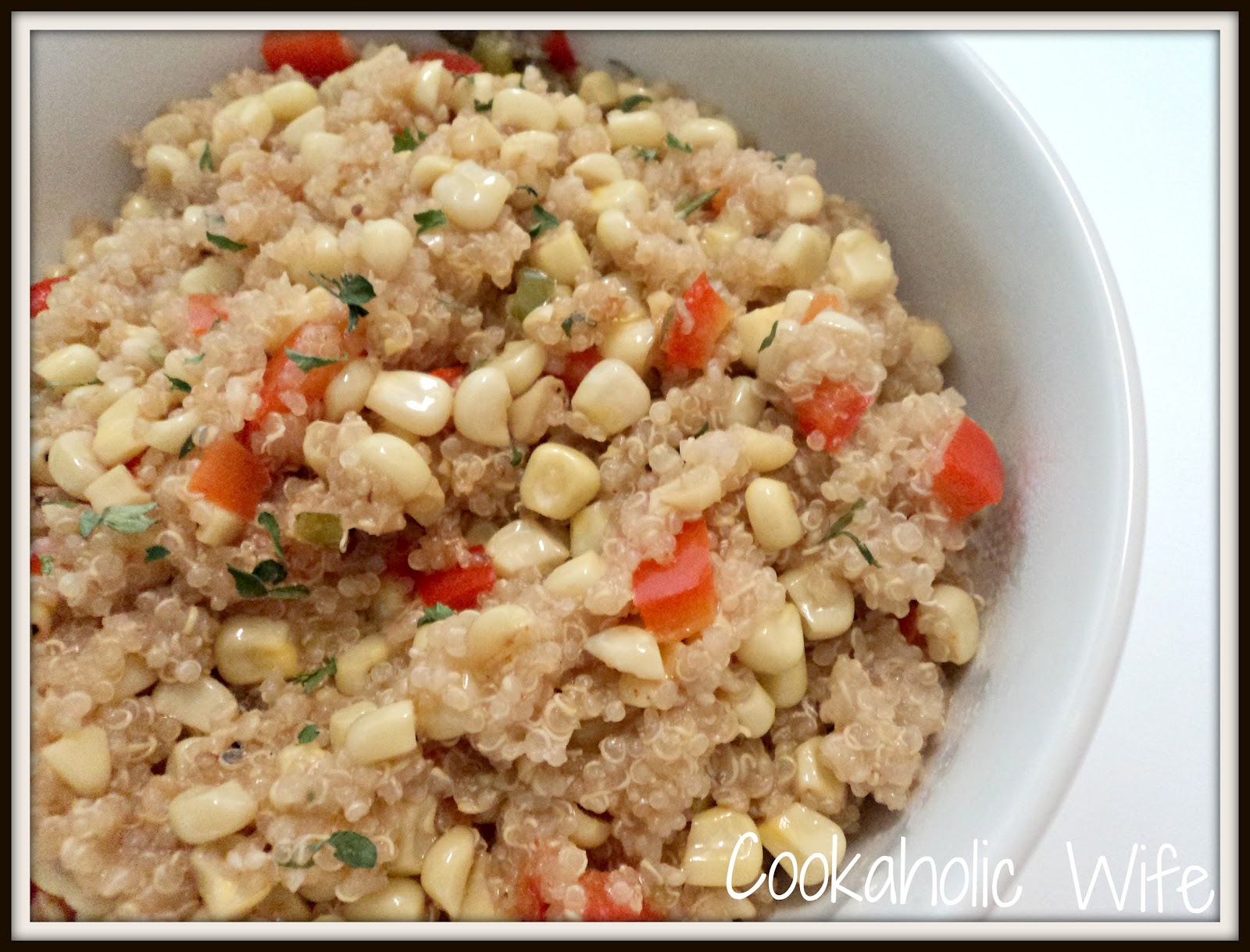 For a fairly simple recipe, I was impressed with this. The flavors melded together nicely.  It was super filling and I took the leftovers for lunch the next day.