Second, you probably fall into one of three categories when it comes to Snow Cream.

1. Awesome! I love when we get enough snow to make this!
2. Snow Cream? What is this stuff you speak of?
3. You mean you really eat snow? Don't you know the government has poisoned it with plastic/acid/toxins/dead children/etc.!!!!

Since I made it, I obviously fall into the first category. As for those of you in the 2nd, I'm sorry you've never had a chance to try out this childhood favorite of mine. To those of you in the third, look, I've made it 28 years eating snow that has fallen from the sky and I'm still alive. My parents ate it and they're in their 50's. Plus, if I have to die of something random, snow is kind of a cool choice.

Now that we have all that covered, let's move on. So this has been an unusual winter. Maryland has a routine where we go every 5 years and then have a really bad winter. We've reached the 5th year again and I've seen more snow since November than I really care to see in another lifetime. However, starting Wednesday night we were hit with our largest snowstorm of the season. I woke up Thursday morning to find 12 inches of the heavy white stuff covering everything. Then the sleet and ice showed up and came on and off throughout the day. The roads were finally plowed, just in time for the second round of evening snow to start again.

Snow Cream is something I've had since I was a kid. My father showed me how to make it during the blizzard of 1993 before it turned into an ice storm. From then on, I made this tasty treat every time we got enough snow to do so. While I loathe all things snow-related, this is my only exception and absolutely the only thing in the world that makes multiple inches of snow bearable. 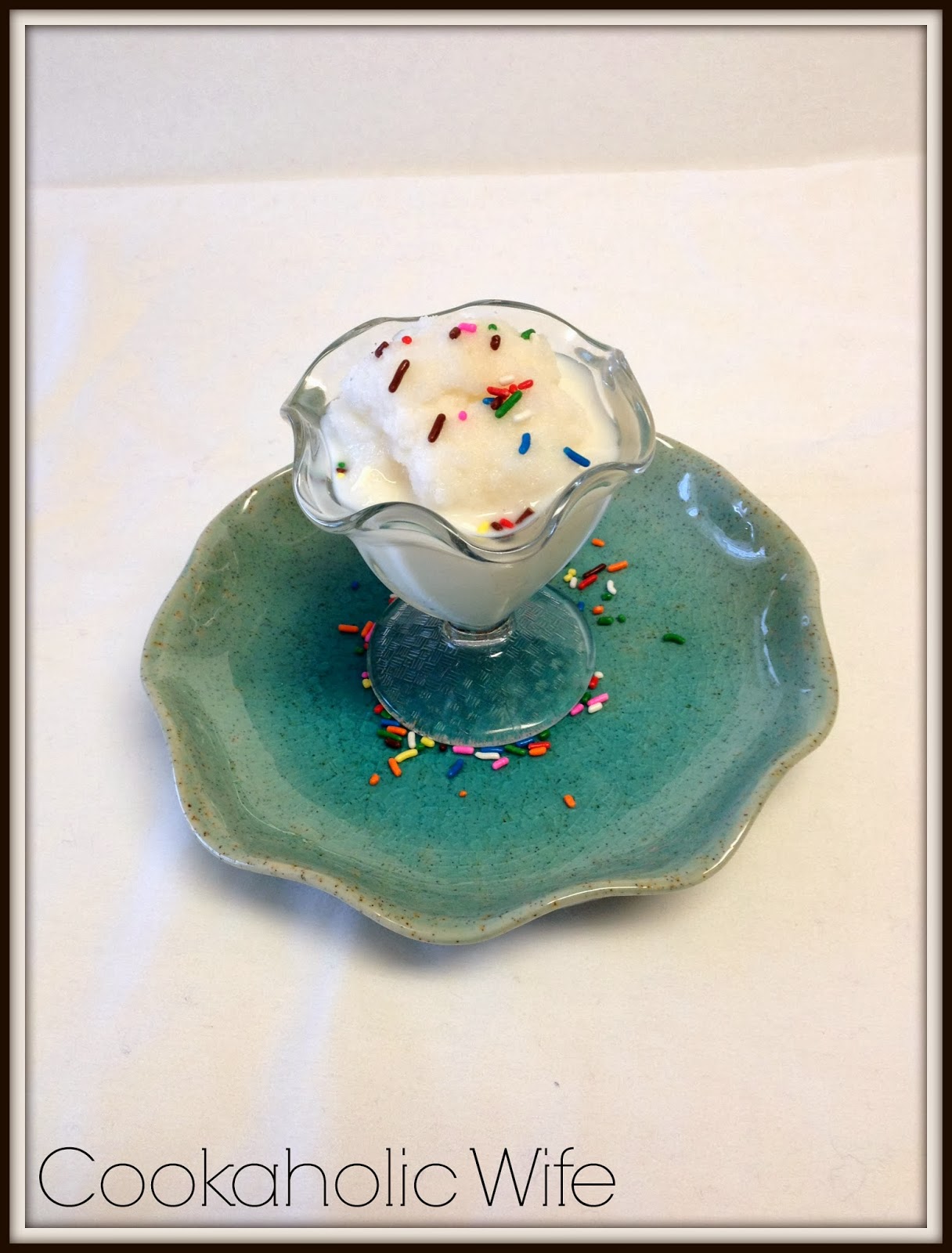 Directions:
1. Pour milk, sugar and vanilla over snow and stir to combine. Top with sprinkles!

I've also heard of using sweetened condensed milk instead of regular milk, which I haven't tried out yet, but plan to do so soon. (I filled a large tupperware container with snow so I could have this for a few days.) 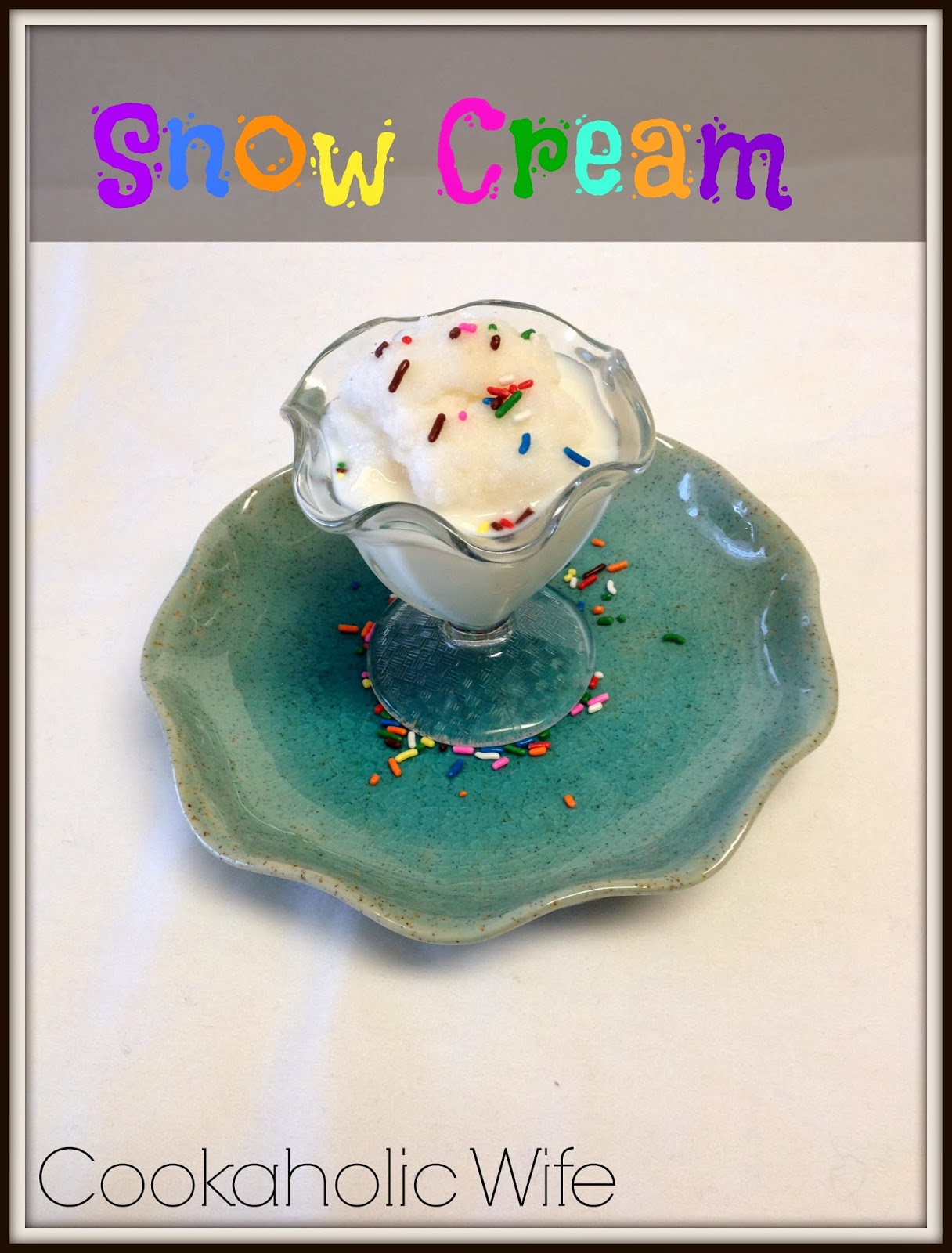