I had never heard of Texas Steakhouse until early in 2012 when they began to build one not far from me. It opened during the summer of 2012 and when we first visited there, in the fall, it was still super crowded like it had just opened the day before. Even now, about two years since they have opened, they are still incredibly busy practically every night.

During our visit I did try one of their rolls with the butter and thought it was a pretty tasty roll for a chain-style restaurant. As I was more interested in my steak, I didn't put too much stock into these rolls and didn't really think of them again.

Then I started seeing them everywhere on the blog-o-sphere. Everyone was making these rolls! I'm not sure if Texas Roadhouse had a massive restaurant launch or they released this recipe to the public or what, but these rolls were all over the place. Knowing we probably wouldn't be back for a visit to the restaurant as quickly as I'd like, I opted to make these rolls to tide me over. 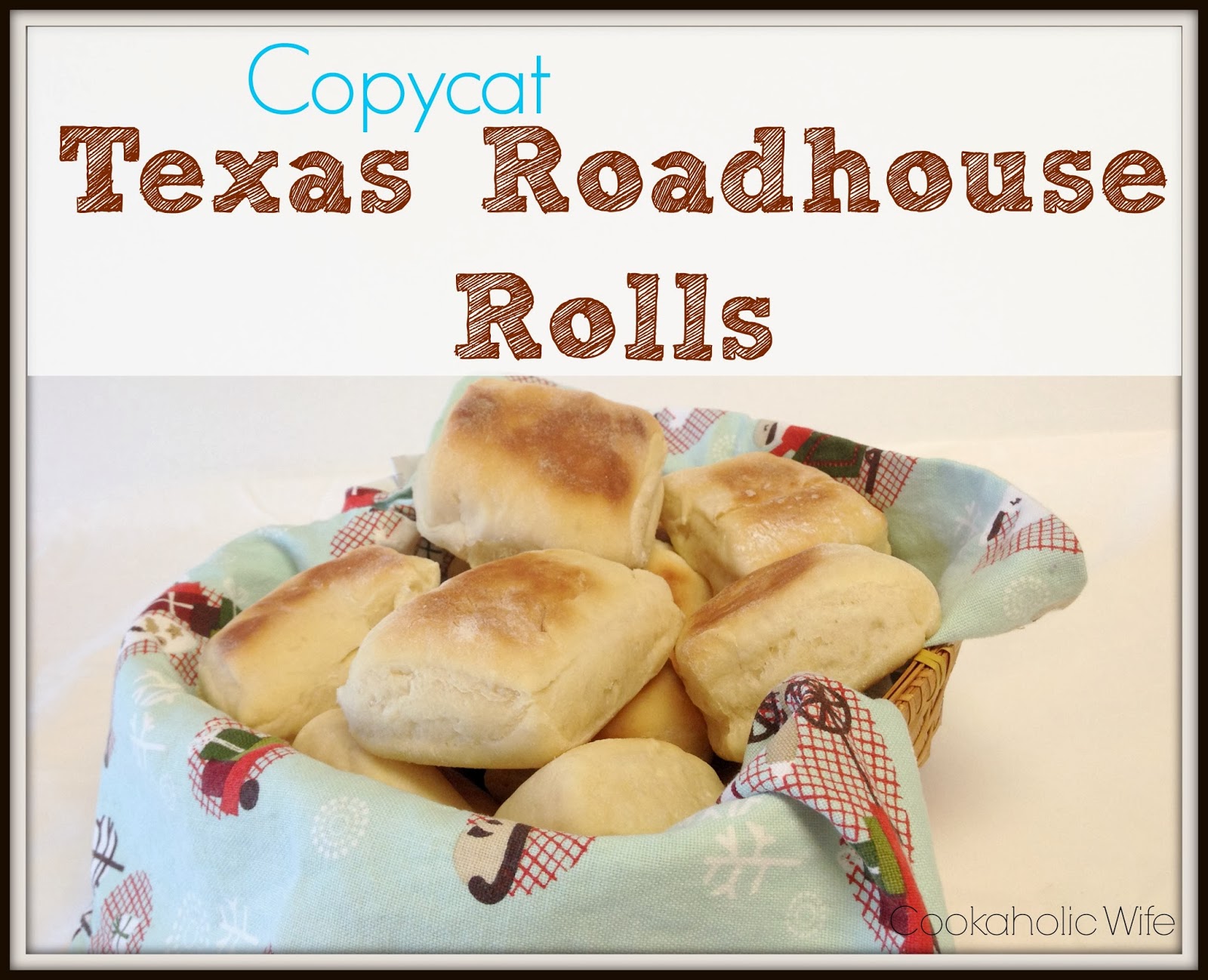 Directions:
1. Add water, yeast and sugar to the bowl of your stand mixer and allow yeast to proof, about 5 minutes.
2. Microwave milk for 45 seconds, then add butter to milk, stirring until combined. Allow milk to cool until lukewarm.
3. Pour the milk mixture into the stand mixer, then add sugar and 1 ½ cups flour. Stir with a wooden spoon until it resembles a muffin batter. (Add more flour if necessary) Allow to rest for 10 minutes.
4. Then stir and egg and salt into the mixture until combined. Attached the dough hook and add remaining flour, mixing until a soft dough forms.
5. Turn out dough onto a lightly floured surface and knead until smooth. Transfer dough to a lightly oiled bowl, cover and allow to rise until it has doubled in size. Then punch down the dough and let it rest for 10 minutes.
6. Roll out the dough on a lightly floured surface and form into a large rectangle about ½-inch thick. Cut in half and then keep cutting each half by half until you have 12-18 pieces.
7. Transfer pieces onto a greased baking sheet and allow to rise again, until they have doubled in size.
8. Preheat the oven to 350. Bake for 10-15 minutes or until the tops are lightly golden. I didn't end up making the honey-cinnamon butter that goes along with these rolls and it was a real shame. I think it's the only thing out there that could have made them taste even better. I plan to make these again, along with the butter to enjoy the full experience.