Ham and Cheddar Bread Pudding is a savory take on the classically sweet dessert, making it similar to a breakfast casserole. Made with deli ham, sharp cheddar cheese, bread and eggs, the bread pudding doesn't take very long to prepare and can be made in individual ramekins or a large baking dish for a crowd. 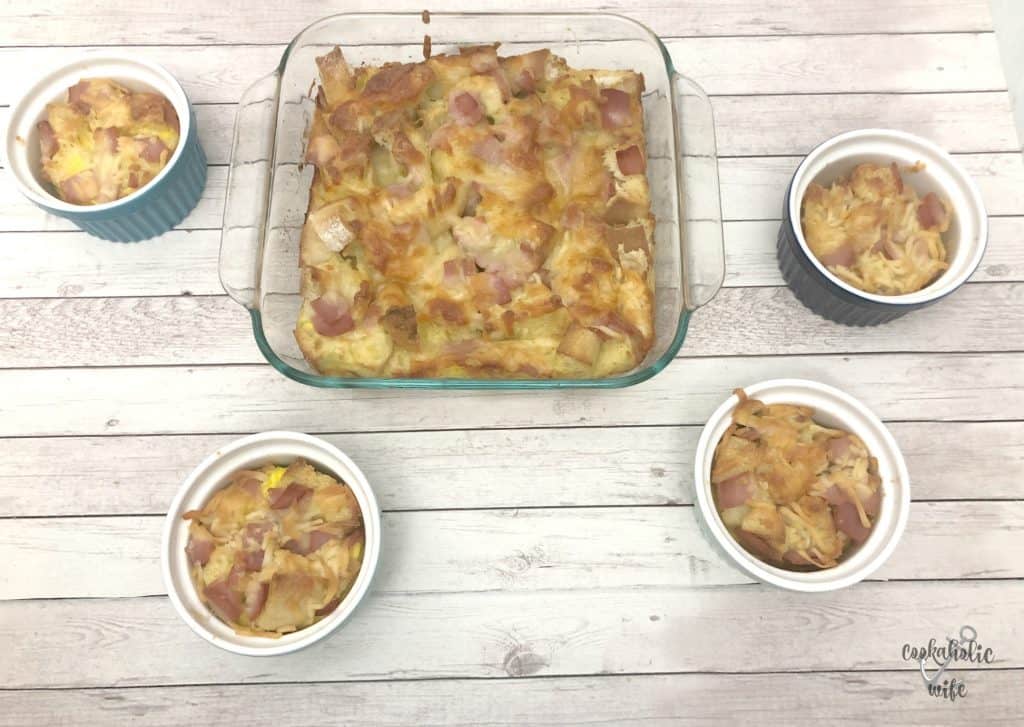 A couple of weeks ago I had the television turned onto Food Network, but I wasn't really watching it. I think it was an episode of Guy's Grocery Games and it didn't catch my attention until one of the contestants said that he was going to make a savory bread pudding. Of course, I was immediately intrigued by the idea and thought that I could do a savory breading pudding for the #BrunchWeek event. Would you believe it didn't dawn on me until I was pulling them out of the oven that they are basically breakfast casseroles? Now I was curious and wanted to know how much of a difference there was between the two. 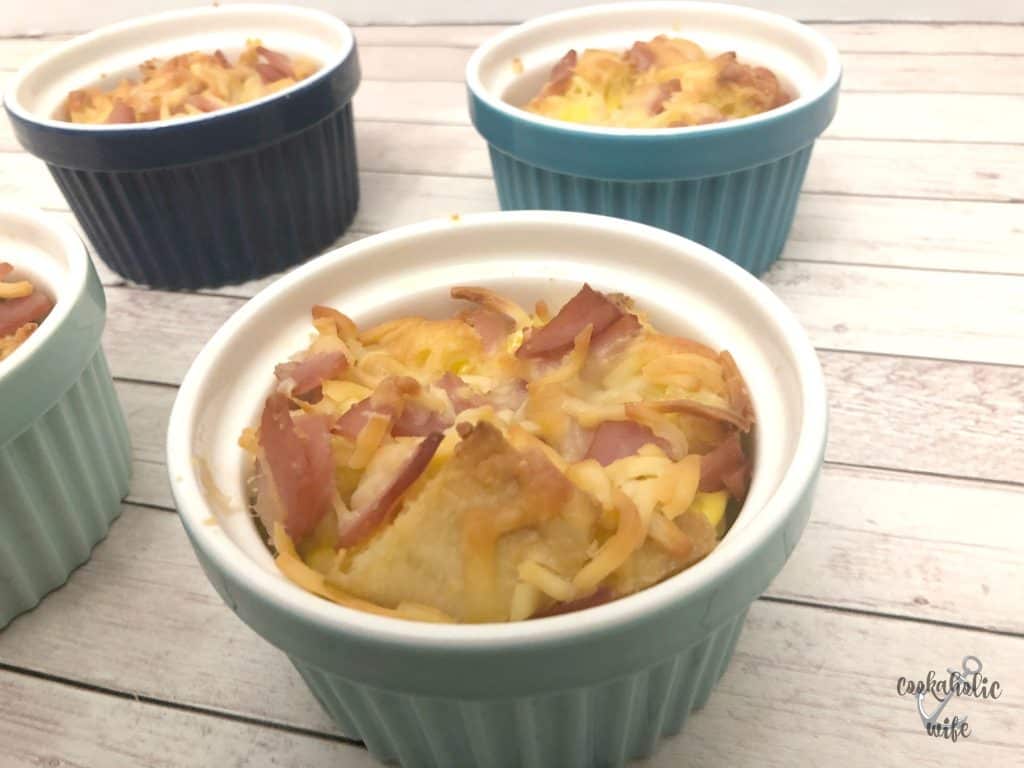 Traditionally, bread pudding is sweet and made with stale bread, milk or cream and contains eggs. Casseroles, however, are really just named after the type of dish they're cooked in, but are savory and slowly cooked in the oven. Breakfast casseroles could use bread, English muffins, potatoes but the real similarities between bread pudding and a breakfast casserole is that milk and eggs are used. 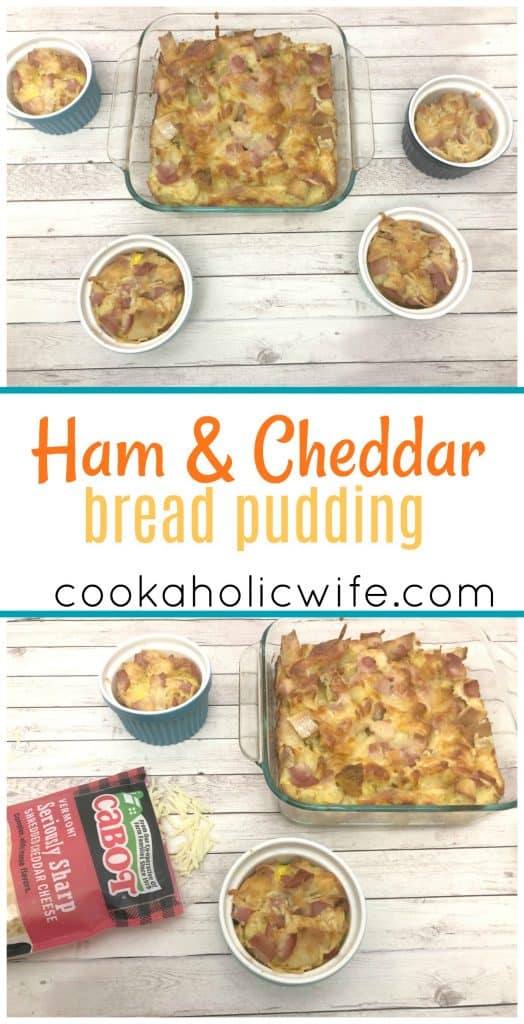 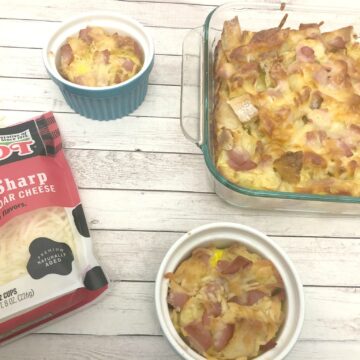 NicholeL
Ham and Cheddar Bread Pudding is a savory take on the classically sweet dessert, making it similar to a breakfast casserole. Made with deli ham, sharp cheddar cheese, bread and eggs, the bread pudding doesn't take very long to prepare and can be made in individual ramekins or a large baking dish for a crowd.
No ratings yet
Print Recipe Pin Recipe
Prep Time 10 mins
Cook Time 30 mins
Total Time 40 mins
Course Breakfast, Brunch
Servings 8 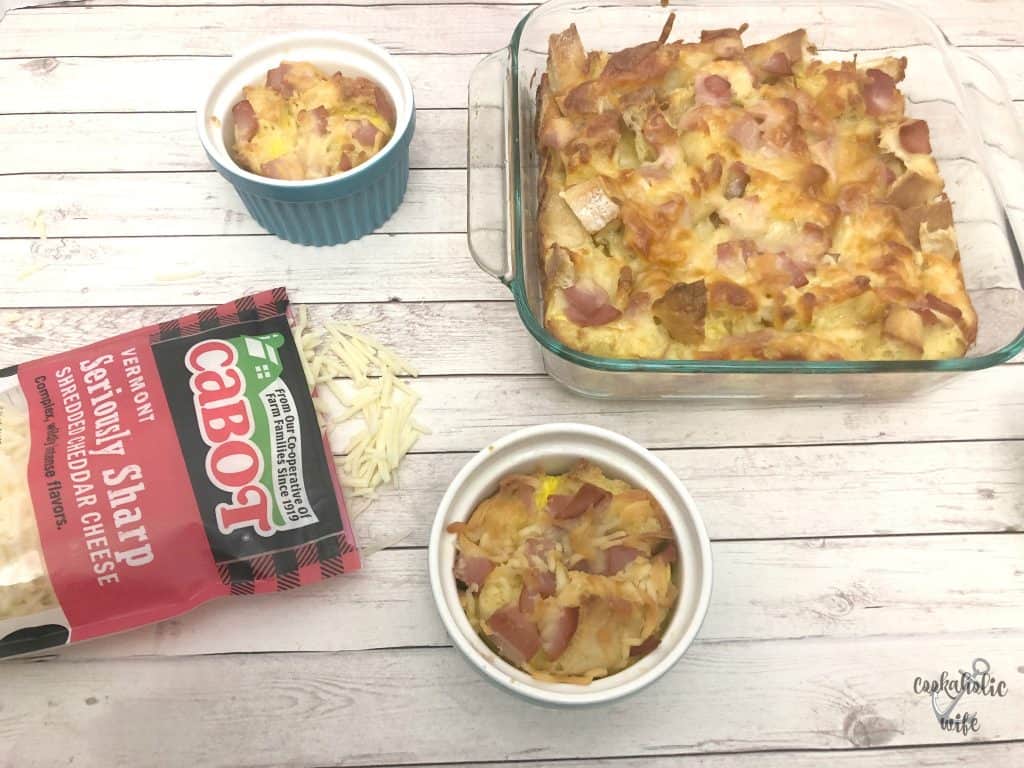 Cabot sent me a huge variety of cheeses to choose from and I had a hard time deciding which one to use for this recipe. Did we want to go classic with Vermont cheddar or maybe switch it up to the Fiery Jack? In the end, I decided to go with Seriously Sharp Vermont Cheddar. Thanks to them for being such a generous sponsor. You can check out their products on their site or visit their social media: 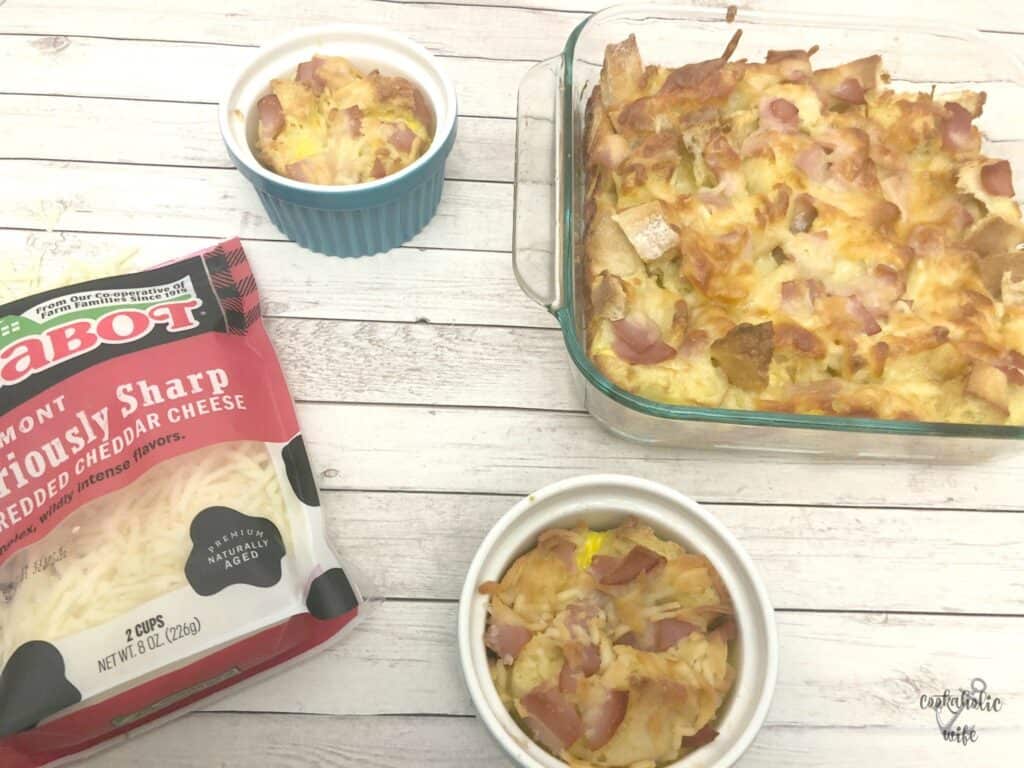 Not only do I love the cheesy, egg, slightly crispy taste of this bread pudding, I love how versatile the recipe is. If you're having a few guests over, you can either choose to do individual servings in ramekins (which would also work great for a make-ahead breakfast) or you can bake it in a casserole dish and serve it family style.