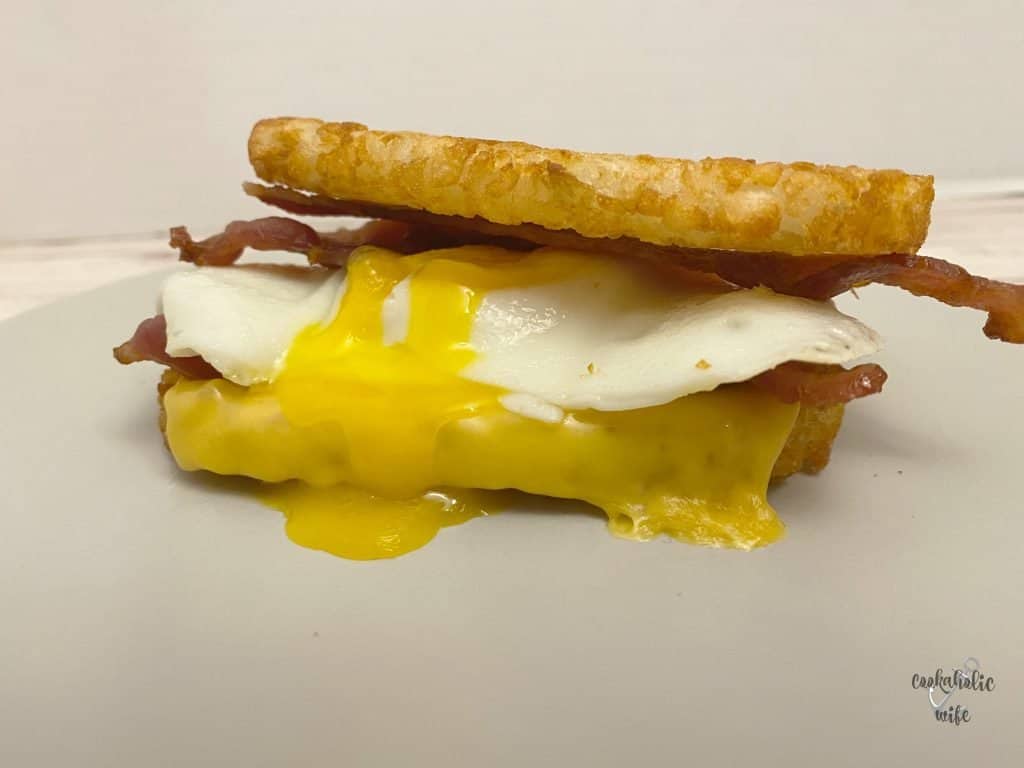 Would you believe me if I told you I almost never ate hash browns? I mean, what is wrong with me?! Who doesn't like a compact shredded potato? Thankfully, I have learned the error of my ways and now I am all about hash browns for breakfast. Or breakfast for dinner. Actually, anytime is fine. I'm not picky.

This Hash Brown Breakfast Sandwich is a great way to get all of your favorite breakfast foods into a sandwich format. It's a little messy to eat with your hands, so a fork is still suggested, but I'm sure there's a way to make more handheld. 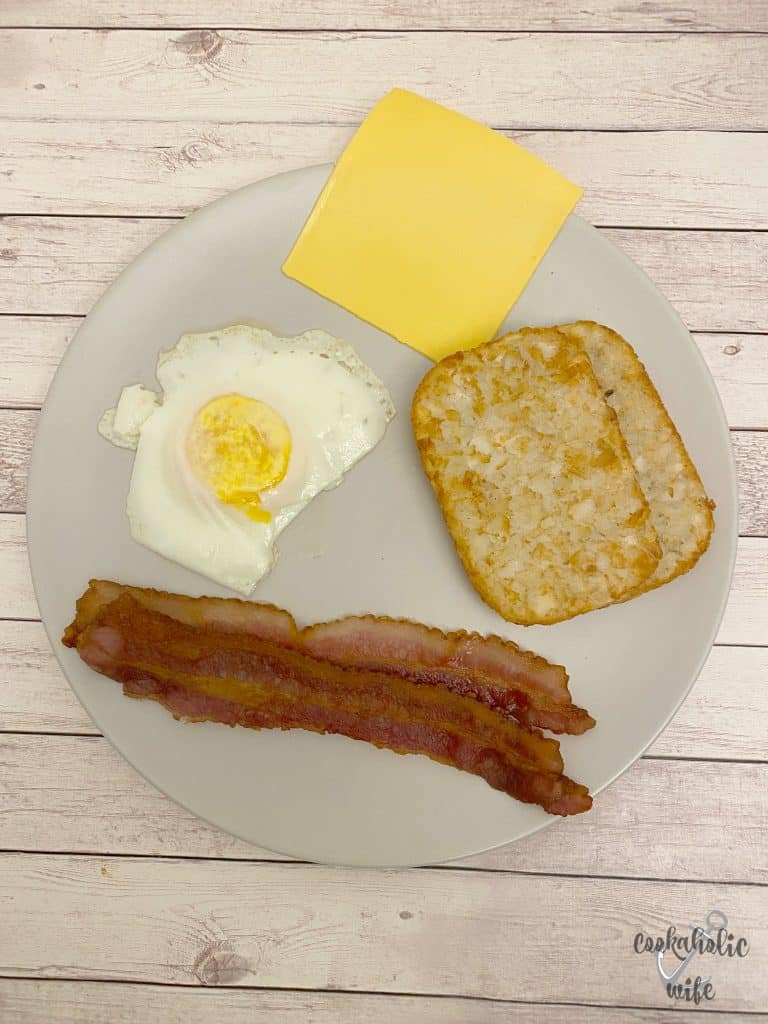 It's breakfast! The options are endless! But here are some of my favorite ideas: 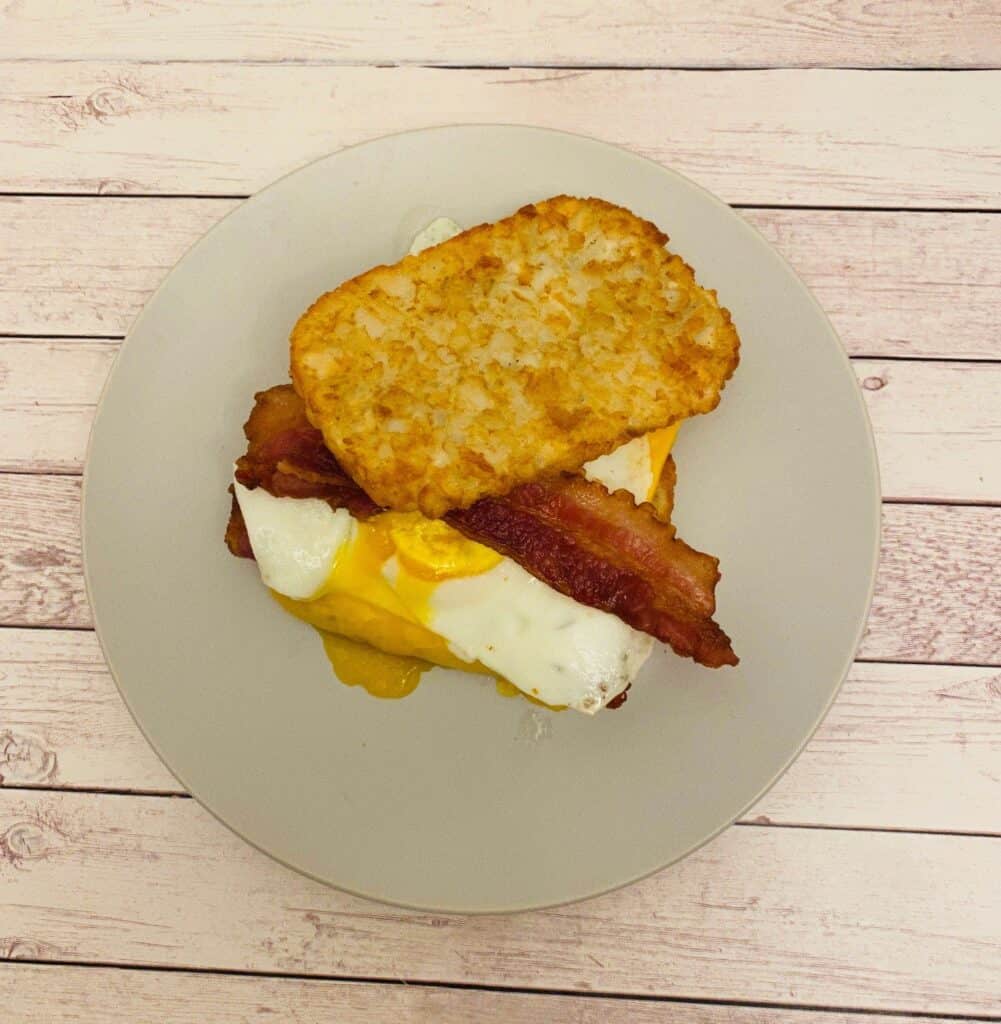 February's Improv Cooking Challenge ingredients are potatoes and eggs. The Improv Cooking Challenge is a monthly blogging event where two ingredients are assigned and bloggers share their creations on the second Thursday of each month. If you'd like to join us, please visit our Facebook page. We also have a Pinterest Board where you can check out the creations for previous months!

WANT TO TRY THIS RECIPE? PIN IT FOR LATER! 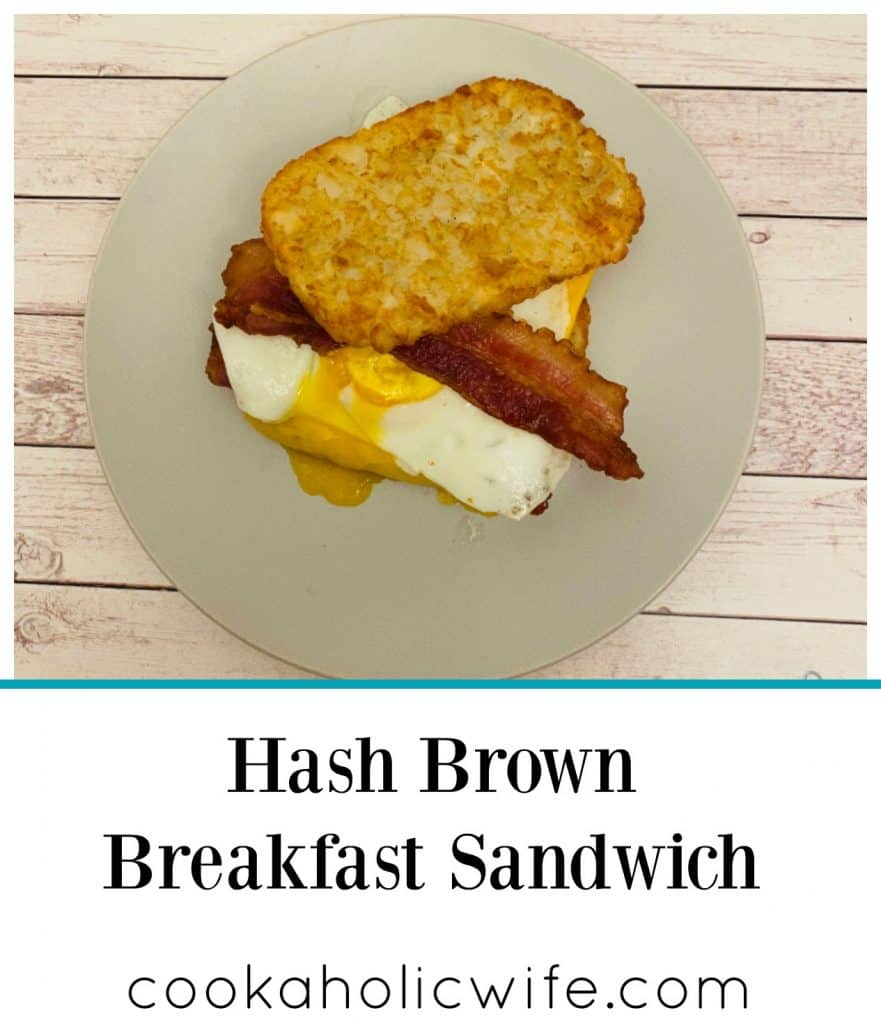 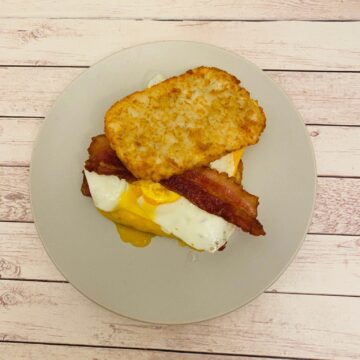 Scrambled eggs are a great substitution for this sandwich!