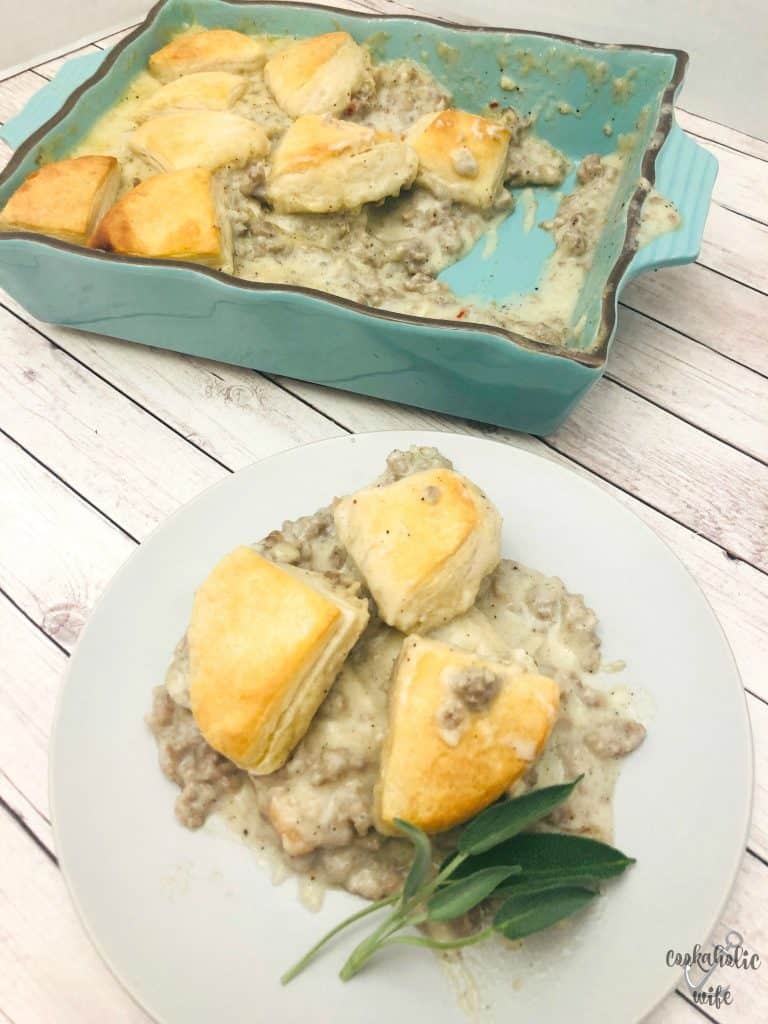 When I saw that the theme for this month's Fantastical Food Fight was breakfast casserole, I knew I had to participate. Tom loves any kind of breakfast casserole. Probably because I rarely ever make breakfast for dinner, and if I do, it's something like bacon and egg sandwiches. I knew I wanted to do something different for this event thought.

The Fantastical Food Fight is a monthly blogging event hosted by Sarah of Fantastical Recipes. Each month there is a theme assigned and bloggers make a dish within that theme.

Would you believe that neither of us has ever had sausage gravy and biscuits before? It's such a simple recipe, I should have made it ages ago! It was requested that I absolutely make this again, although with as easy as it is, I think Tom could handle make it on his own. 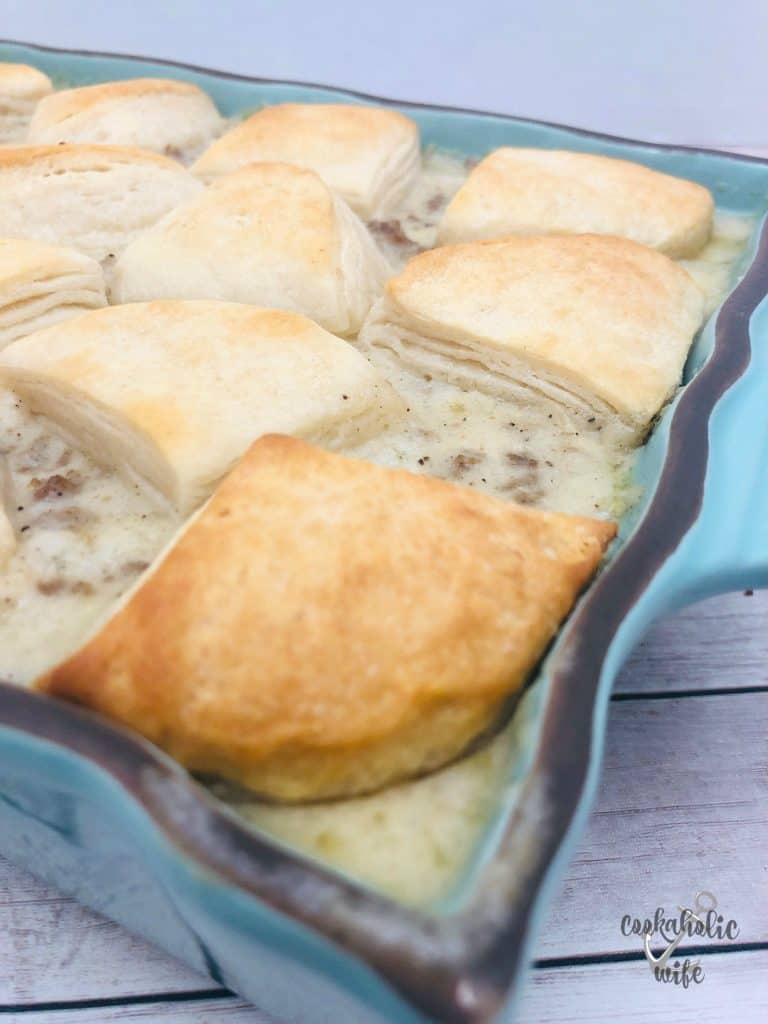 WHAT IS SAUSAGE GRAVY BISCUIT CASSEROLE?

Hey there, friend! I am not a big biscuit person myself. I'll eat them, but they are definitely not my favorite. Sausage gravy can also be served over hash browns, English muffins, or toast. If making into a casserole, I'd suggest using english muffins as you'll need something heartier to withstand the gravy on top while it's baking. 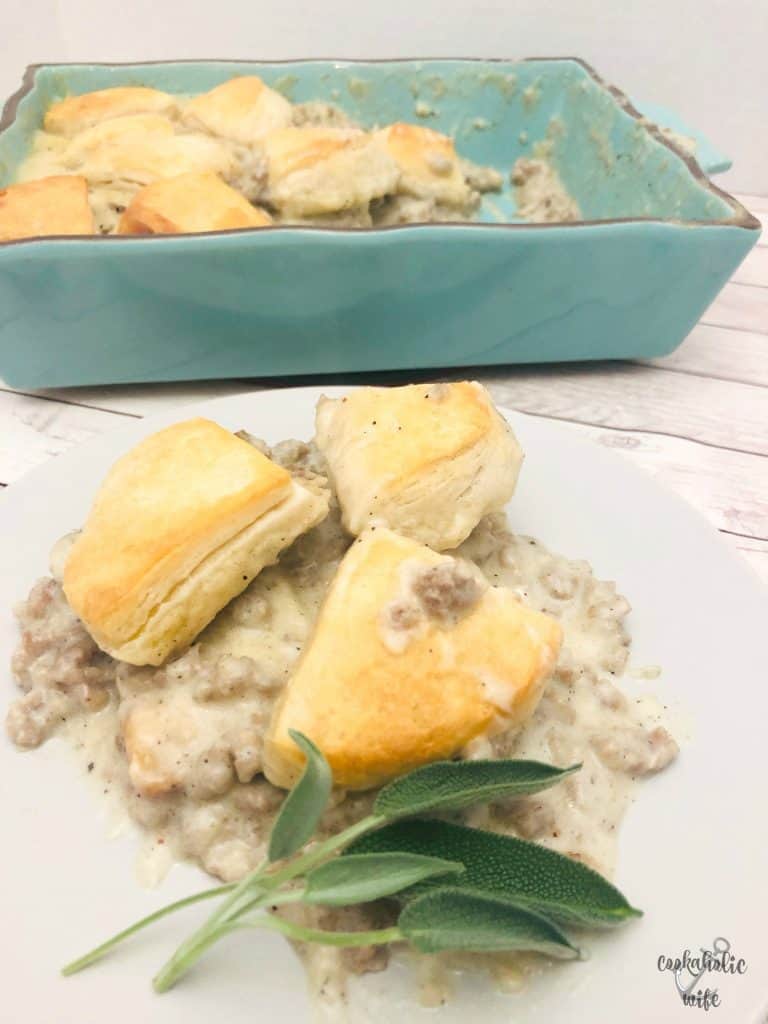 There are really only 4 ingredients plus salt and pepper to make Sausage Gravy Biscuit Casserole, but I decided to dress mine up a little bit. Hopefully my additions won't cause any offense to southern people out there who have a family recipe that's been passed down for decades. 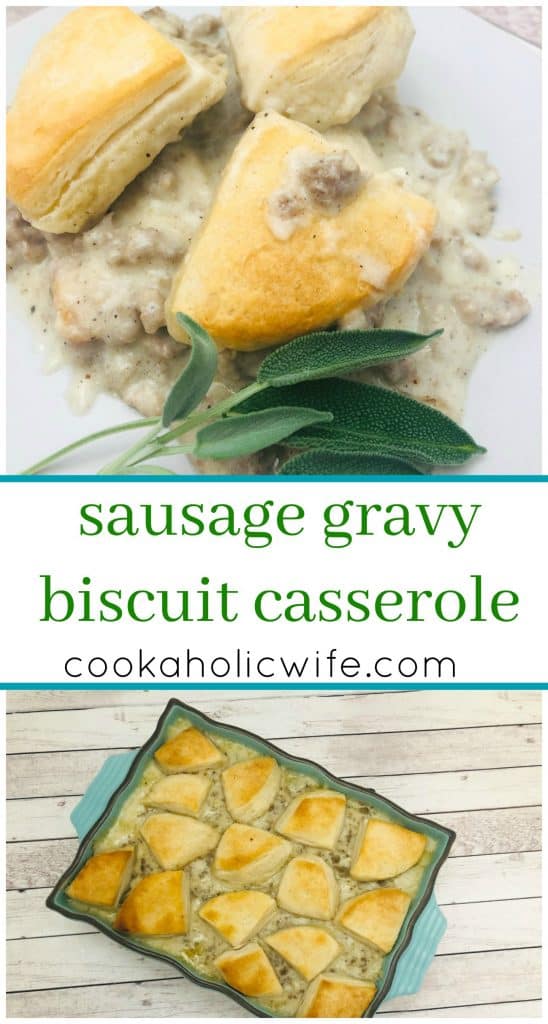 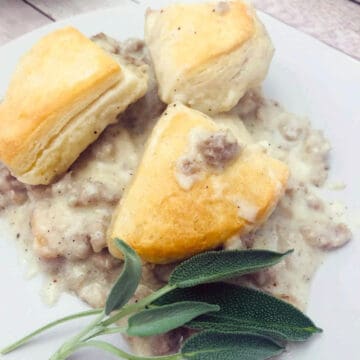