For Christmas my aunt brought over lasagna. Prior to that, I honestly don't know how long it has been since I've had lasagna. A few years at least. 🙄

It's not that I don't like it, it's just the combination of being lactose intolerant and trying to eat less carbs has taken me away from foods such as lasagna, which is why I was excited that the theme for January's #BakingBloggers was baked pasta. Baking Bloggers is a monthly blogging event hosted by Sue of Palatable Pastime where we vote on a theme and then share those recipes on a designated day. 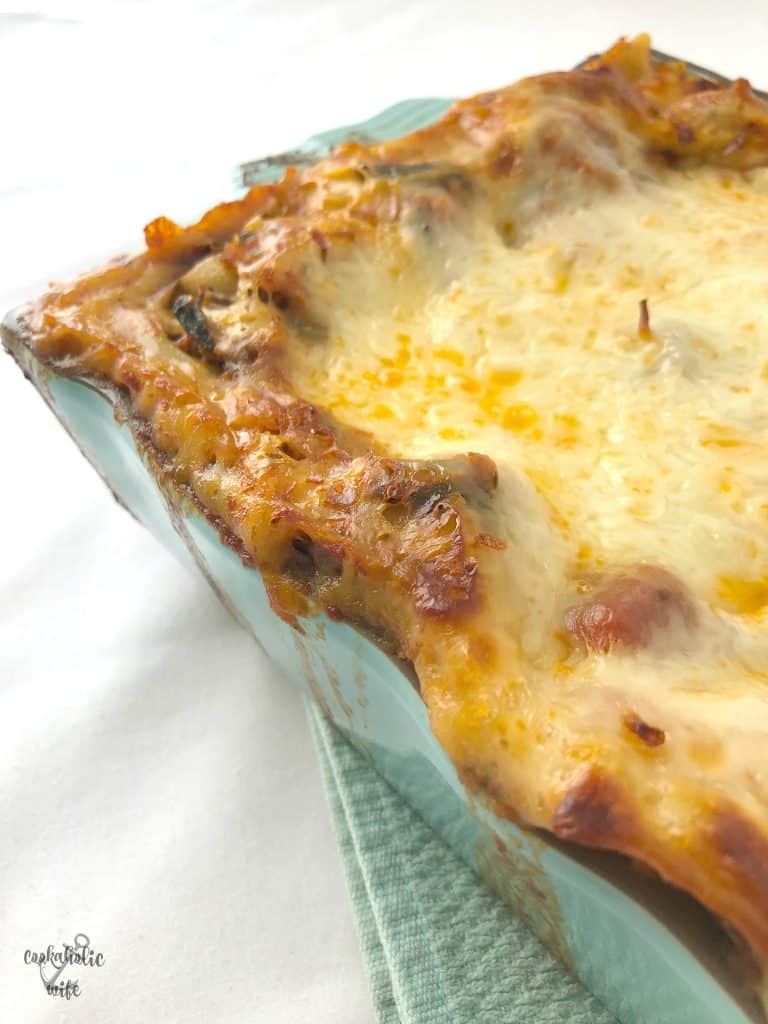 I had a little bit of the lasagna on Christmas and then I took some more to have as leftovers, but it didn't really satisfy the lasagna craving it had created. I needed more!

My aunt had used Italian sausage in her lasagna and I decided to go the same route, mainly because it what was what we had in the freezer. I knew Tom was going to complain about the spinach, but a small amount of green stuff in a casserole surely isn't going to kill him. Plus, I had half of a package of frozen spinach leftover from an appetizer I had made recently and wanted to clean out the freezer. 🤷

I even pointed out to him, that ages ago I had made a green gobbler lasagna that he really enjoyed. Like the adult that he is, he pretended that never happened. 😜

For the Meat Sauce:

For the Cheese Mixture:

Assemble lasagna as stated above, cover with foil and refrigerate for up to 1 day. Place on the counter 30 minutes before baking and bake as directed above.

Assemble lasagna as stated above. Cover tightly with plastic wrap then foil. Cook from frozen for 90-110 minutes or allow to thaw in the refrigerator overnight and cook as stated above. 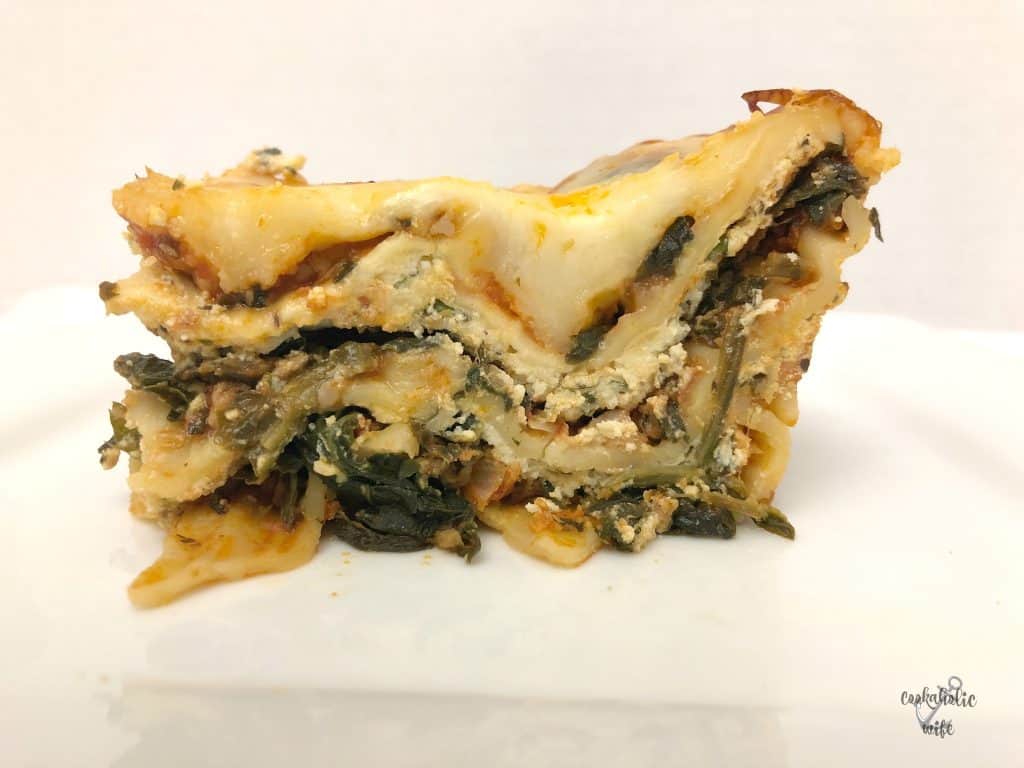 Knowing I had a lot to accomplish the day I made this, I prepared and cooked the lasagna early in the morning, let it cool and then refrigerated it until dinner time. I think lasagna tastes better leftover anyway, and this allowed for us to heat up a portion of it as we were hungry for dinner, which turned out to not be at the same time. 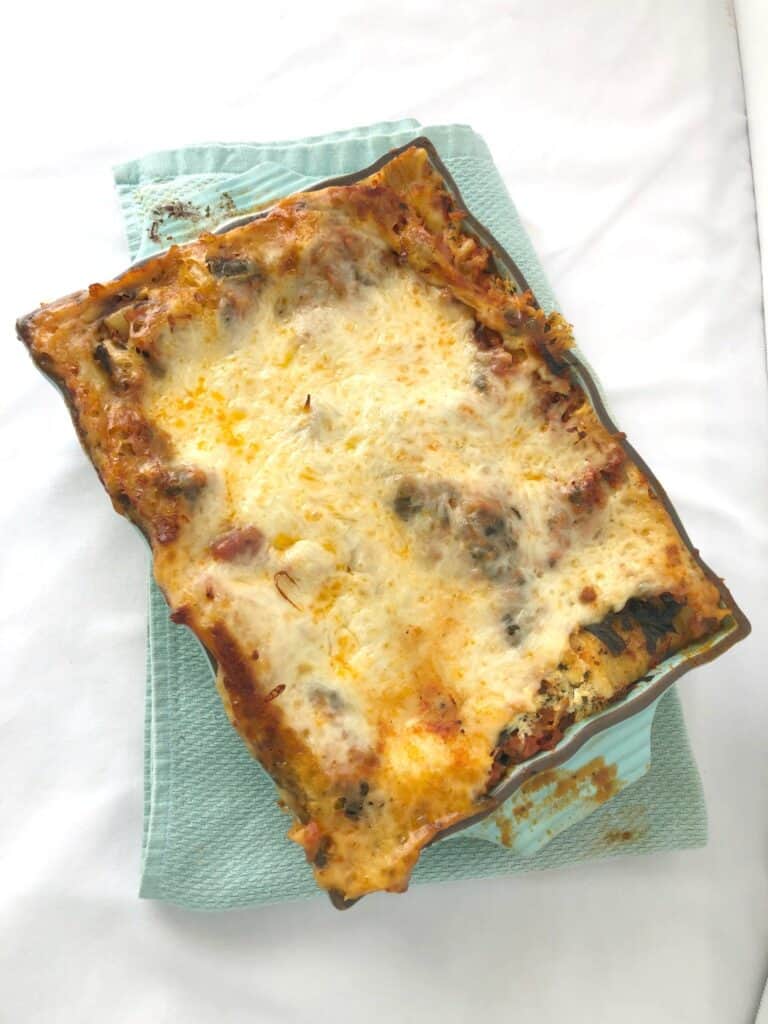 This definitely satisfied my lasagna craving as I had it more than once. The browned cheese on the top and around the edges has always been my favorite, but something special happened with this lasagna. The noodles shifted and the cheese sunk down into a v-shaped well in the first piece I had. Is there anything more delicious than a well of melted cheese? I think not. That, my friends, is pure cheesy beauty.