For the Secret Recipe Club this month I was assigned to Edesia's Notebook. Lesa also participates in the Improv Challenge so I'm quite familiar with her blog. Actually, my first thought of what to make from her blog was the cardamom-crusted pork with orange sauce  that she made for the challenge and I immediately saved. I actually even turned it into a freezer meal and currently had cardamom-crusted pork hanging out in my freezer.

Then I saw the black and white sesame encrusted tuna (which oddly enough was also a challenge recipe, apparently I'm extra attracted to these recipes) and knew I was making the tuna. Then I went to the store and practically had a heart attack over the price of tuna. $25.99 A POUND? Why is it the only fish I really like is more per pound than I make an hour? That's just insanity. I hemmed and hawed for two weeks, staring at that ridiculously expensive tuna waving at me from behind the seafood case in Wegman's. I priced it out at a few other stores and found the price was the same.

Finally, when I was grocery shopping on the Friday of Memorial Day weekend, I walked past the fish counter hoping the price had magically dropped. It didn't, but there were two smaller than usual (probably 3-3.5 oz) filets of tuna just sitting there all alone. I immediately bought them.

Apparently, it was the end of the life for those two filets because while they still had the bright red color when I brought them home from the store, they did not make it to the next day. I opened the package to find they had lost some of their bright red color, but didn't smell fishy so I went ahead and grilled them up. I plated them, set up my necessary blogging back drops and sliced the fish. To find that it was gray inside.

::sigh:: So much for that idea. Luckily, I had also made Lesa's ginger scallion noodles and they turned out pretty enough to photograph. As I was still doing the Whole30 at this time, I used zucchini noodles for me which unfortunately did not turn out nice enough to photograph. 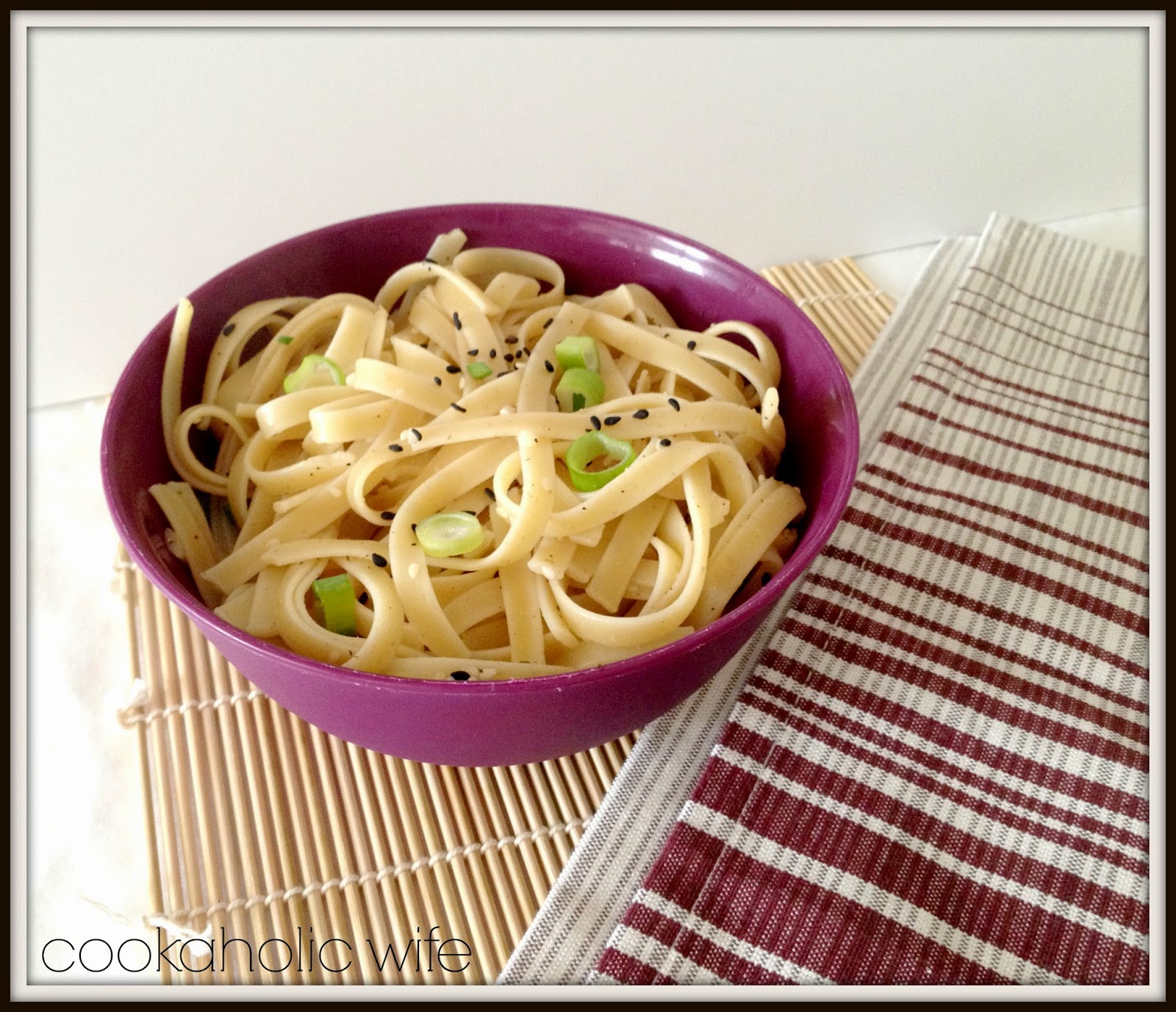 Directions:
1. Bring a large pot of salted water to a boil. Cook linguine until soft, drain and set aside.
2. In a medium skillet over medium heat, cook ginger, garlic and shallot in olive oil for a minute or two until fragrant. Add the fish sauce, soy sauce, honey, red pepper flakes and salt. Stir to combine.
3. Toss pasta in sauce. Garnish with green onions and sesame seeds. 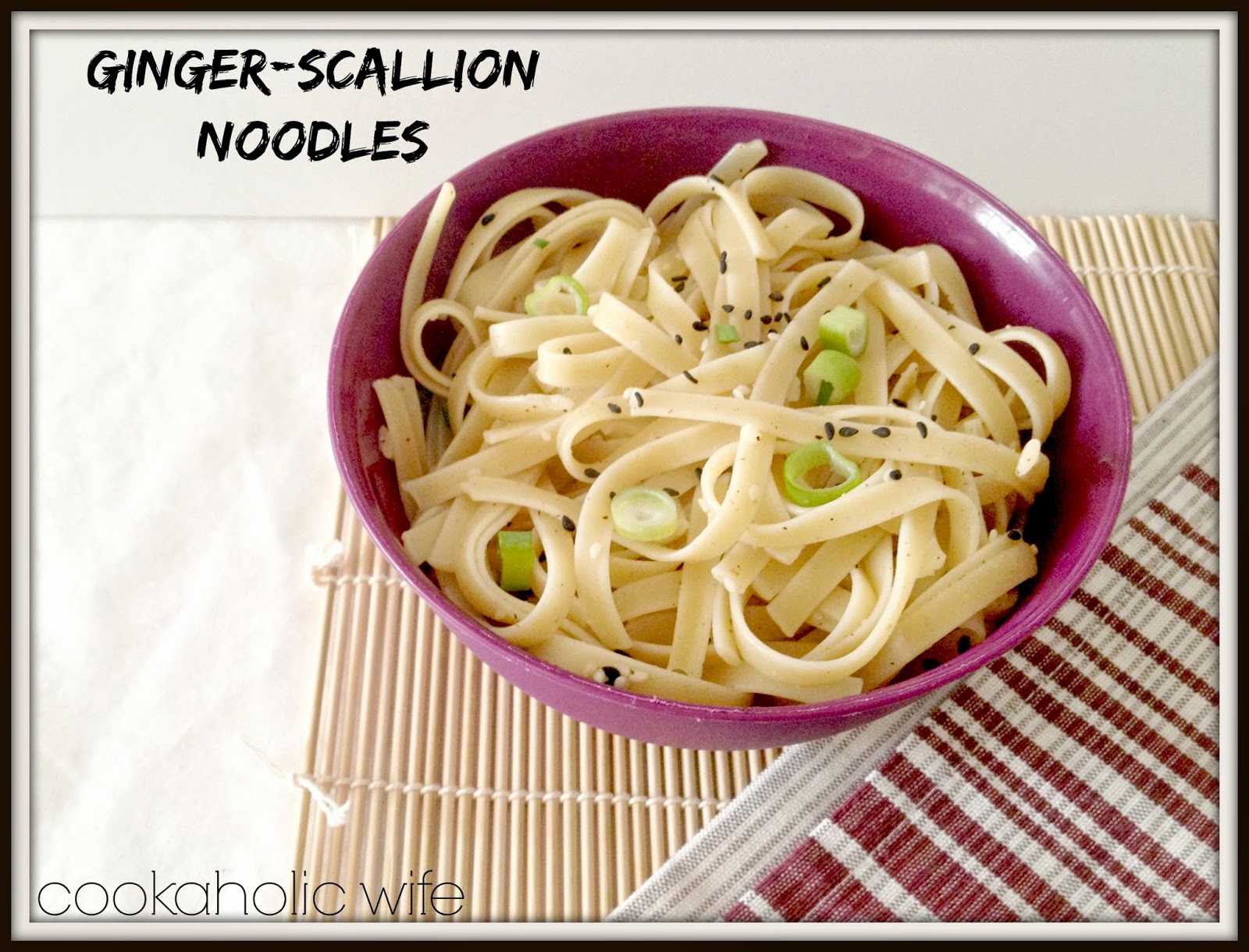 I really like my zucchini noodles version of this and Tom said the actual pasta version was quite tasty too.