This will be one of the last months I participate in Group A of the Secret Recipe Club. I joined the SRC way back in June of 2011 when it was only on its second month of existance. There is always the option to switch groups, but I never did until earlier this month when there was a post on the groups Facebook page about the groups having uneven numbers. Figuring I had been a member of Group A since the dinosaur age and I wouldn't start posting with the new group until next year, it seemed fitting to decide to move on.

In February (I think...now I'm second guessing myself) I'll post my first recipe with Group B, which will be about a week later than when I usually post. Anyway, now that we've gotten that all covered, let's move onto the blog I was assigned to this month.

I was assigned to Kitchen Trial and Error which is written by Kate. Kate is about my age and lives in New York with her husband and her two boys. Like me, Kate just kind of jumped head first into cooking. Why buy butter when you can make it? Or buy boxes of pasta when you can make it at home? But one of my favorite things about Kate is her lack of capitalization. While I capitalize things here, I rarely do when I'm hand writing something.

No, I do not think I'm the next e.e. cummings, but I hate my handwriting with capital letters. Always have. In 8th grade I decided to do something about that and stopped using them almost entirely. It was also the time where school reports were more likely to be typed than hand written, so no one really cared. I still have a hard time writing in capitals and when signing a birthday-Christmas-whatever card, it is always "nichole" never "Nichole." 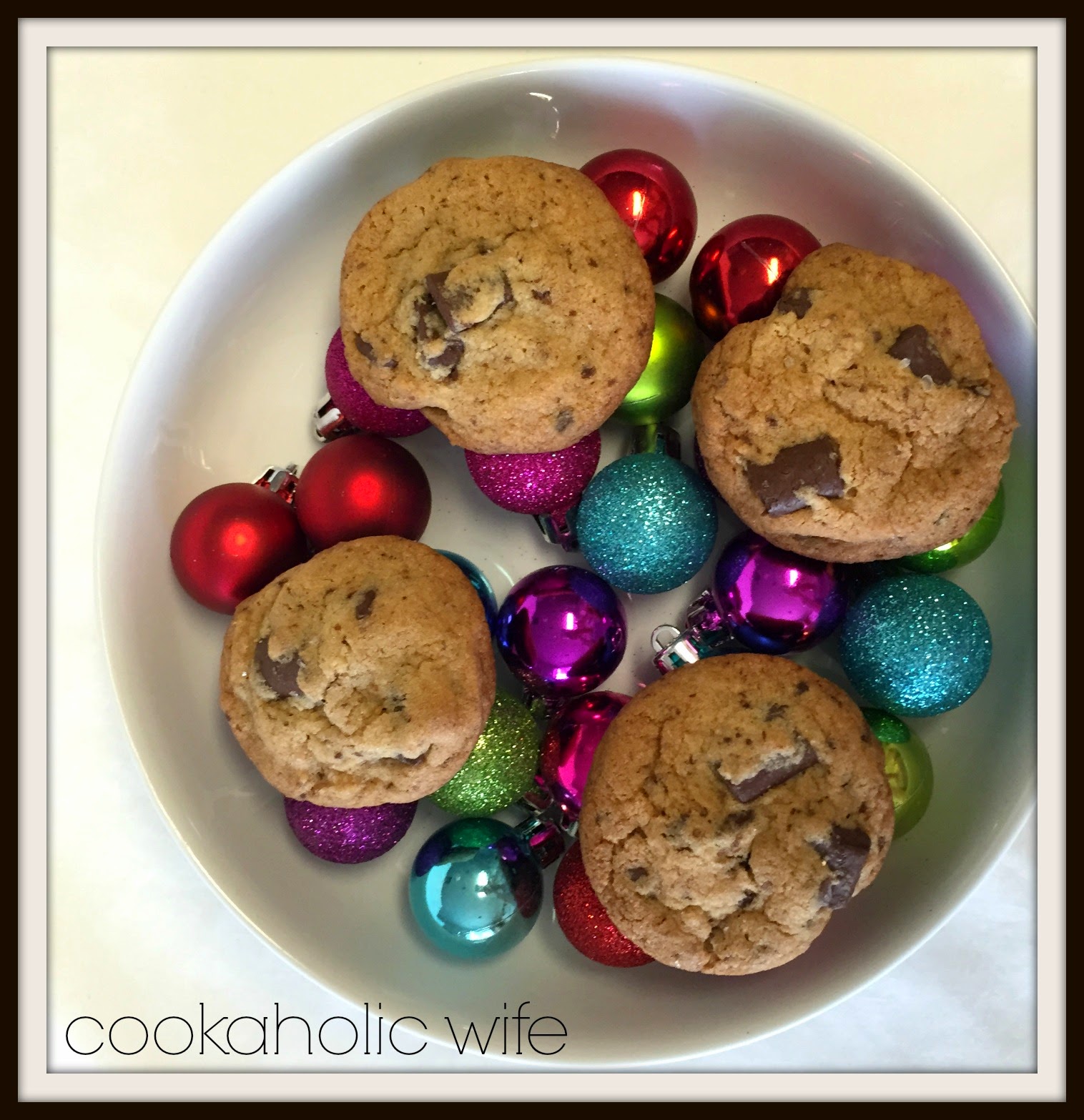 But back to the recipes. Since its December and holiday baking season has officially begun (in my head at least) I wanted to find a cookie recipe to make. Kate has more than a few of them and the Wegman's Chocolate Chip Cookies nearly won out simply because of my love for the store. (And it's awesome to know someone else loves it at much as me!) However, there's something about extra brown sugar in a cookie that has me shoving them in my face so when I cam across a brown sugar and espresso recipe in Kate's recipe collection I was clicking print faster than I can eat a cookie. (Which is pretty fast, just in case you were curious.) 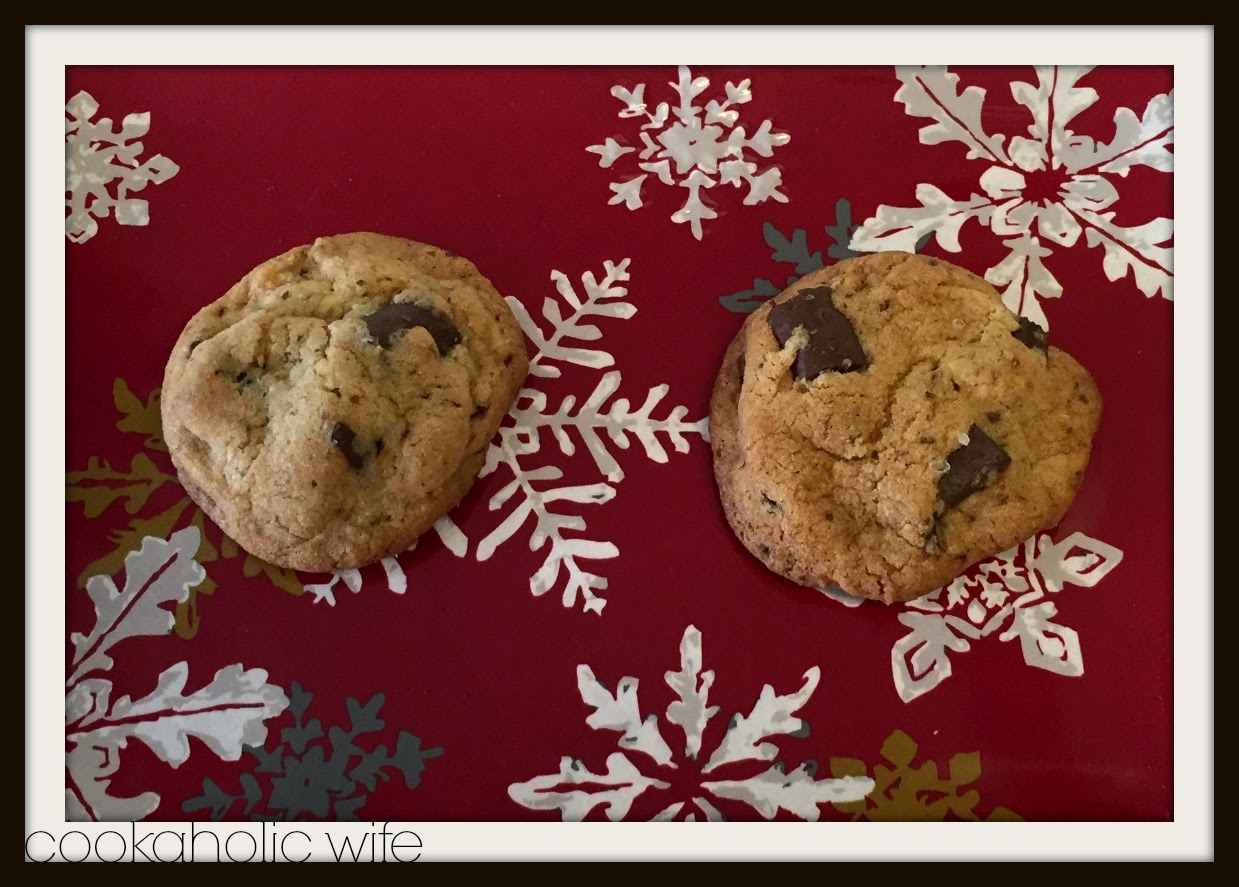 Directions:
1. Preheat the oven to 360 degrees. Line baking sheets with parchment paper.
2. Combine flour, espresso powder, baking soda and salt together in a large bowl.
3. In the bowl of your stand mixer, beat butter together with sugars until very light and fluffy, about 5 minutes.
4. Add in the eggs, one at a time then add in the vanilla.
5. Slowly add the dry mixture to the wet and mix until just combined. Fold in the chopped chocolate with a spatula. The batter will be dry.
6. Scoop tablespoon-sized balls of dough and place on the prepared baking sheets. Flatten slightly.
7. Sprinkle with the good quality sea salt.
8. Bake for 12 minutes or until lightly golden. Cool on a wire rack. 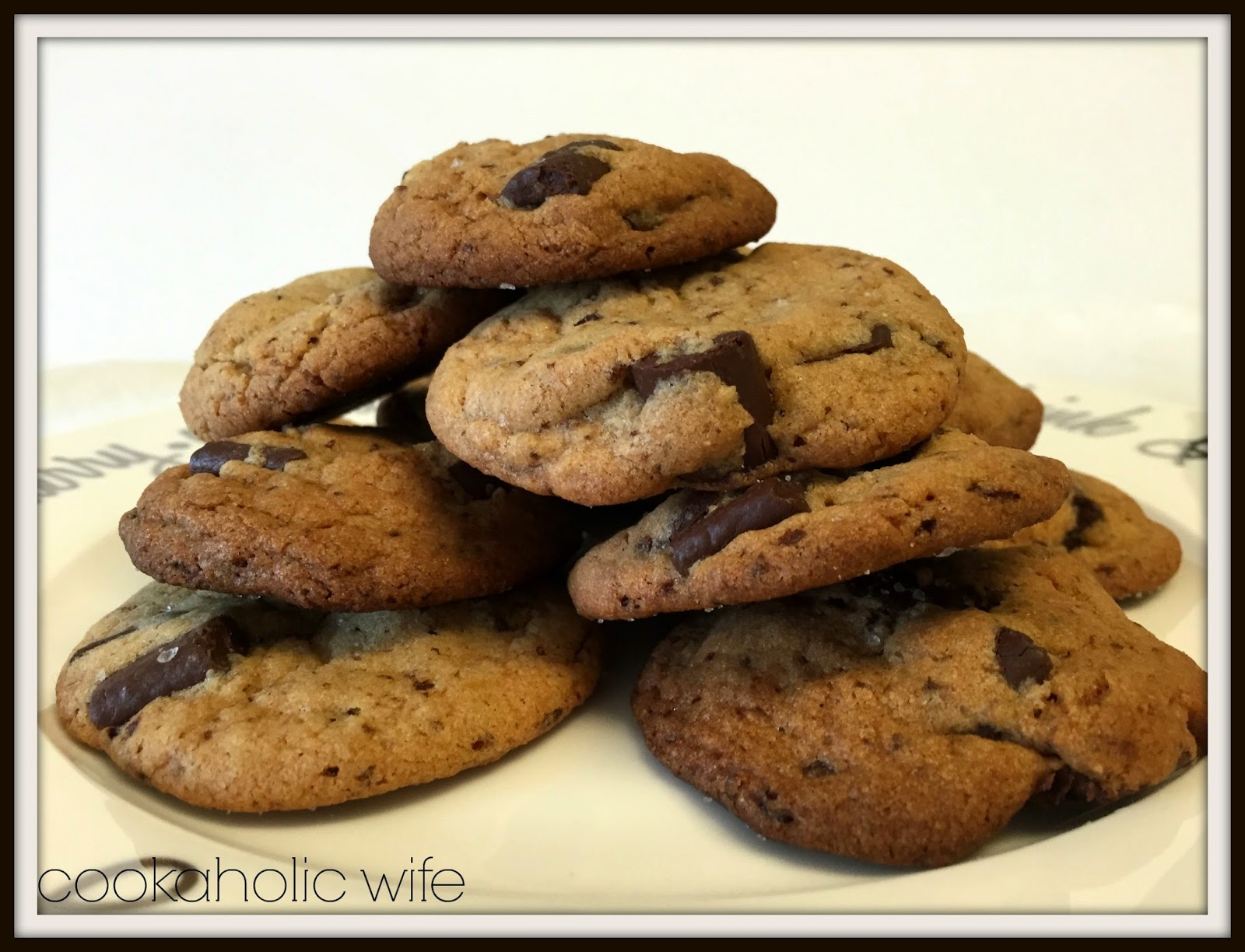 I made about 2 ½ dozen of these before deciding to freeze the rest of the dough for later on. No one really needs 5-6 dozen cookies in the house, right? 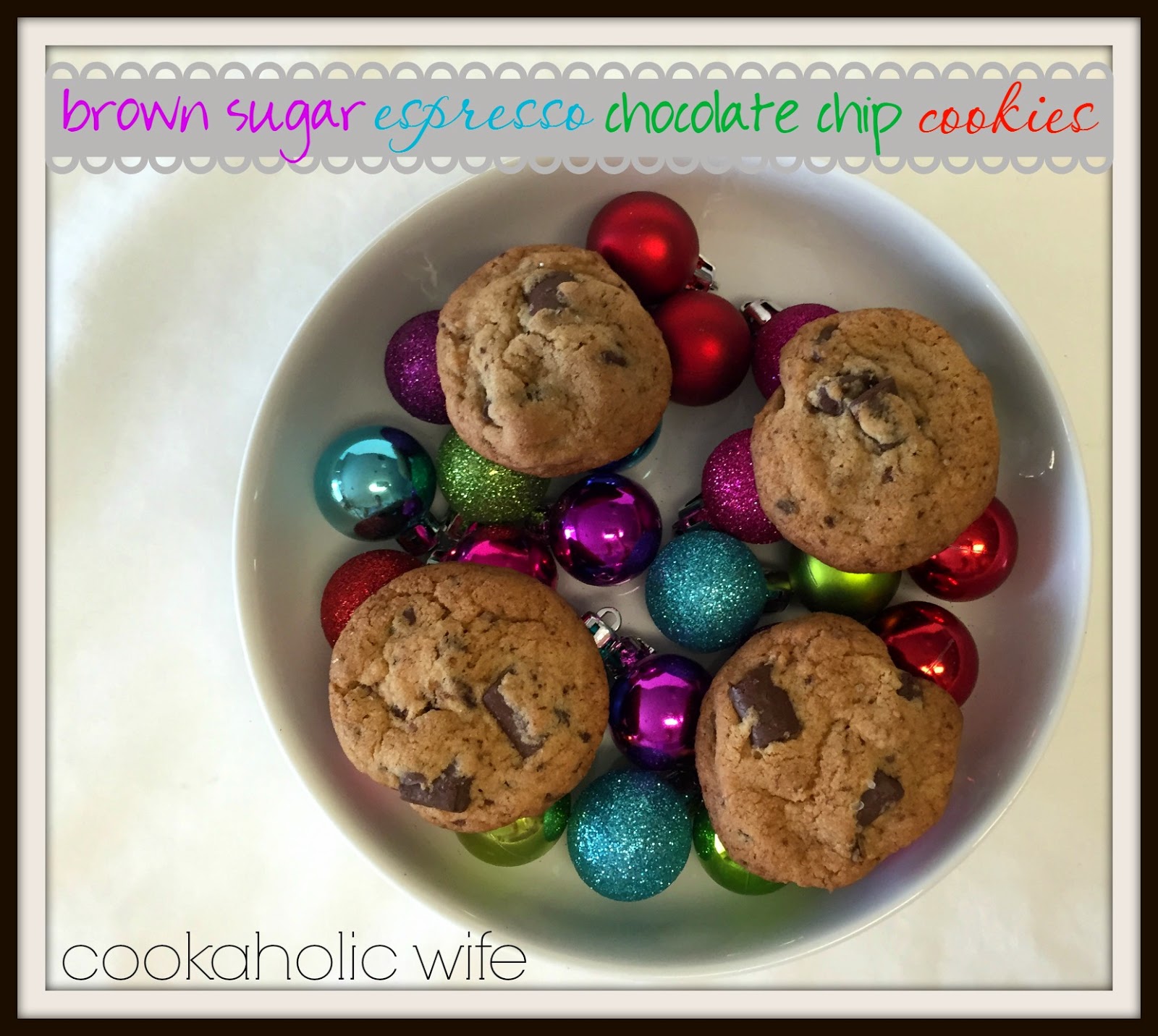 (And yes, I may have photographed these cookies on almost every holiday plate I own.)