For someone who doesn't really like eggs, I eat an awful lot of them for breakfast. I've still tried to avoid grains and bread since they just do not do well with my body anymore. I am one of those people that can eat anything for breakfast. I have never cared about whether something was a typical breakfast food or not.
As a kid my mom used to tell me that I had the stomach of a pregnant woman because I'd be completely content to have a few slices of deli ham and a pickle for breakfast. That really still hasn't changed because you'll find me eating that or something very similar for breakfast on the weekends. I'm not sure why I feel as though I should have more breakfast-like foods during the week; it's not as though my coworker would judge me; she is the same way.
Anywhoodle, I like frittatas not just because Google does not accept them as a word and gives me the red squiggly, but because you can pretty much throw any ingredients you have on hand into one and come up with something tasty to eat. 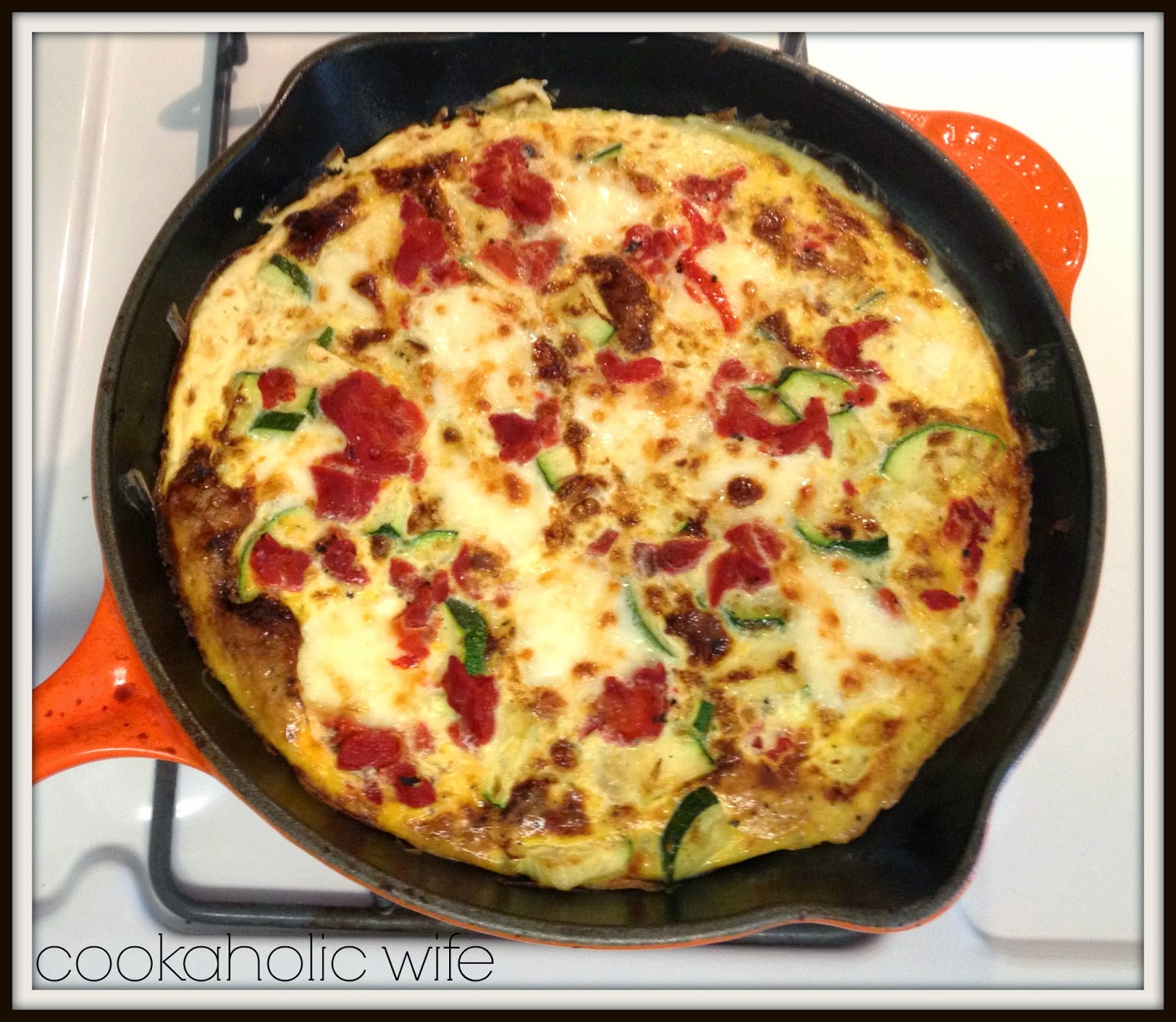 Zucchini, Mozzarella and Bell Pepper Frittata
Source: Eating Well Magazine, July/August 2014
Servings: 6-8
Printer Friendly
Ingredients:
Directions:
1. Preheat the oven to broil.
2. Heat the olive oil in a cast-iron skillet over medium high heat. Add the onion and zucchini and cook, stirring frequently for 3-5 minutes or until softened.
3. Meanwhile, whisk together the eggs with the salt and pepper. Pour the egg mixture into the skillet and once the edges begin to set, lift up with a spatula to allow the uncooked eggs to run underneath.
4. Arrange the mozzarella and roasted red peppers on top. Broil for 1-2 minutes or until the eggs are set. Let stand for 3 minutes before topping with basil.
5. Run a knife around the edges of the skillet to loosen. Cut into sections and use a spatula to remove from the skillet. 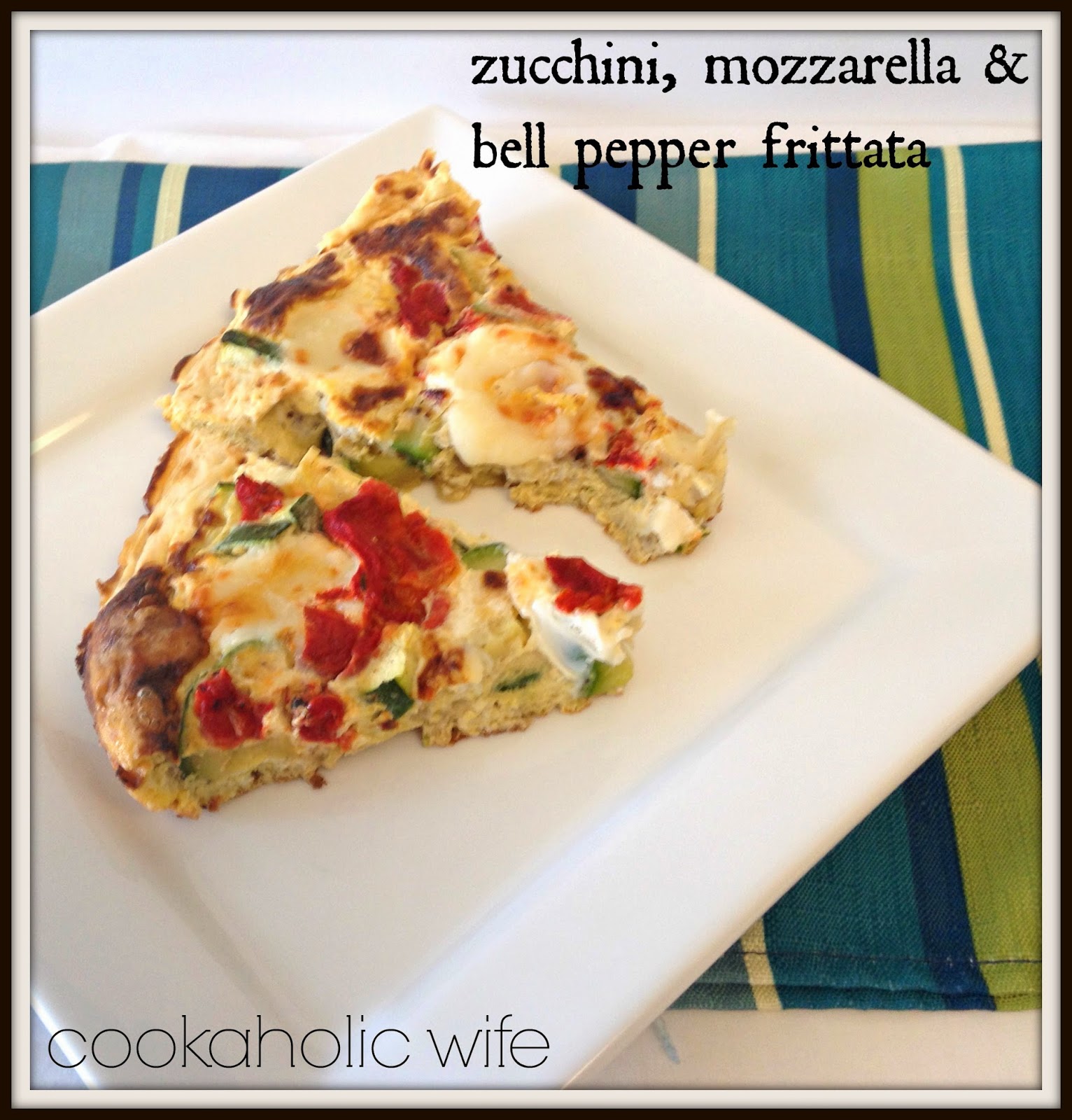 According to Eating Well, this is actually a Mozzarella, Basil and Zucchini Frittata where you use sun-dried tomatoes instead of bell peppers but I decided to change it up just a little bit. I've tried them many times but I just don't like sun-dried tomatoes and pretty much any recipe that calls for them, I substitute the jarred roasted bell peppers instead.
I never remember how filling eggs are until I have a slice of this and expect to still be hungry but find quite the opposite has happened.
« Buffalo Chicken Meatballs
Blueberry Oven Pancake »