If making an apple pie from scratch is something that's intimidating to you, you should definitely try making an apple galette instead. It's very similar to an apple pie, but rustic, so you don't need to worry about it getting the dough to crimp just right in the pie pan or perfectly arranging the apples. 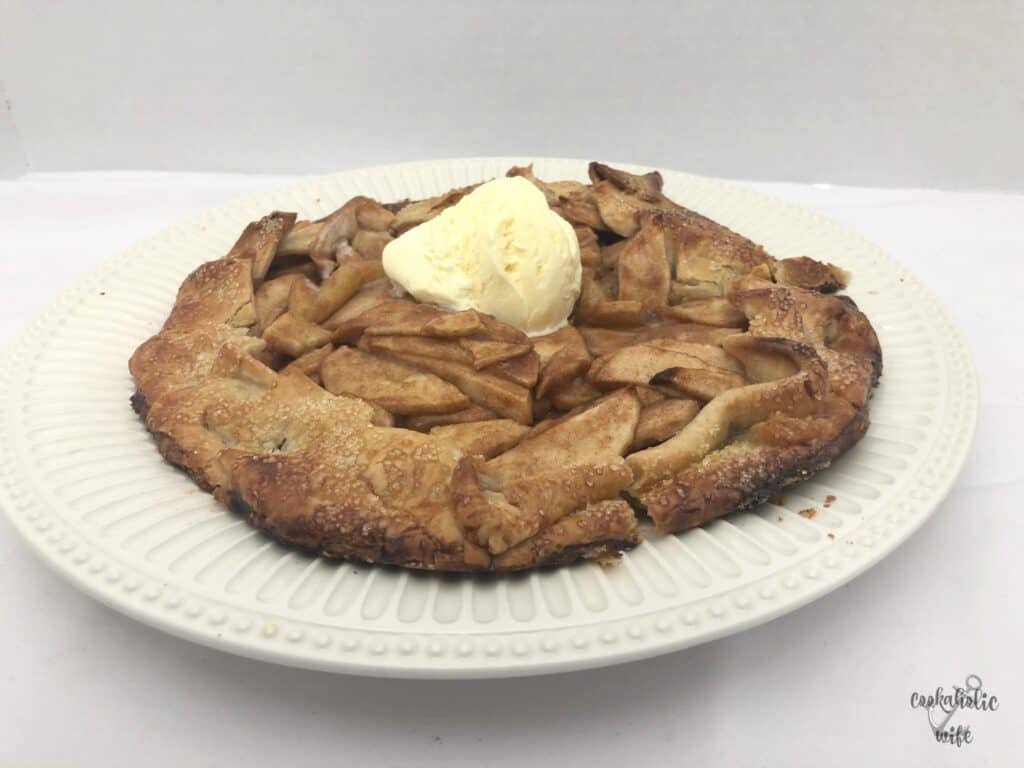 An apple galette is made directly on a baking sheet where you simply add the apples to the pie dough and then partially close it up around the apples and bake it from there. How easy is that?

Just like with an apple pie, you can use any type of apple that's good for baking. I prefer to use honeycrisp because of their flavor and how well they hold up in the baking process. 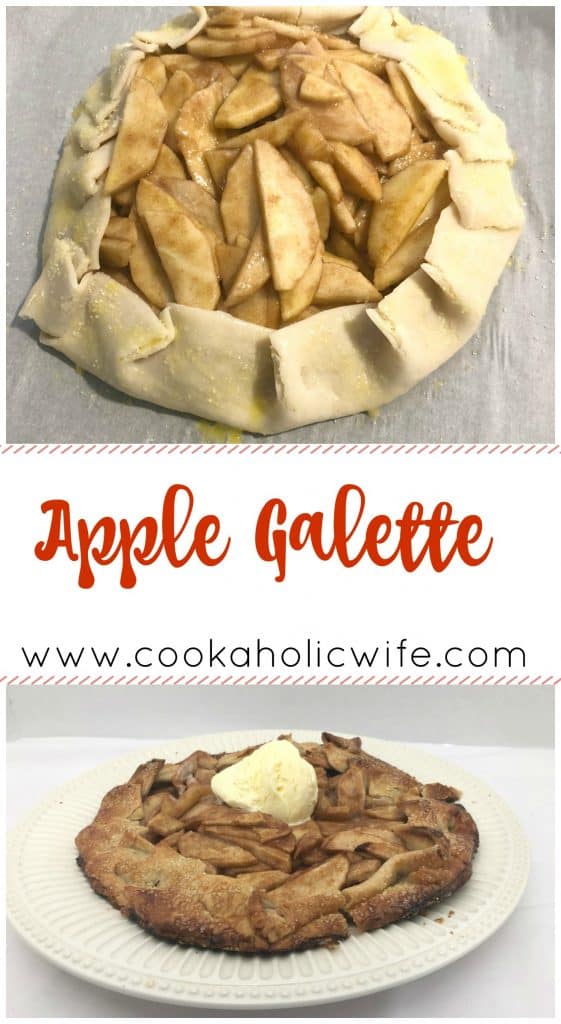 So much easier and much less prep work than an apple pie! I hope you'll try out making an apple galette.