For years I refused to try ever try coleslaw just because it is typically made with mayonnaise. If I haven’t mentioned it before, I am not a big mayonnaise fan. I can handle mayo in small doses, like mixed into tuna salad or lightly spread on a steak sub sandwich, but those people who eat gobs and gobs of mayo between bread and some lunchmeat just make me cringe.

I also have no preference over mayonnaise vs. Miracle Whip. I know, I know. This is complete blasphemy to some people. Growing up, mayonnaise was what we had in the fridge. For Tom, it was Miracle Whip. Surprisingly we have both mayo and MW in the fridge at the moment. Usually its just a jar of MW since Tom eats it and I only use it when I can’t substitute something else in its place in a recipe.

Then one day we went out for lunch to a great seafood place. Their crab cake sandwich comes with fries and coleslaw. I had no intent to ever try the coleslaw but a bit of the tiny container spilled under my fries and I didn’t know it until I took a bite. I was momentarily shocked at the flavors which were not a french fry, but since it didn’t taste bad, I decided to be adventurous and take a bite sans fry. It was actually really good. So good that I began to steal the little coleslaw containers from Tom when they would come with his sandwich.

And now, three months after moving away from the great seafood place, I was missing their coleslaw, so I decided to make my own. 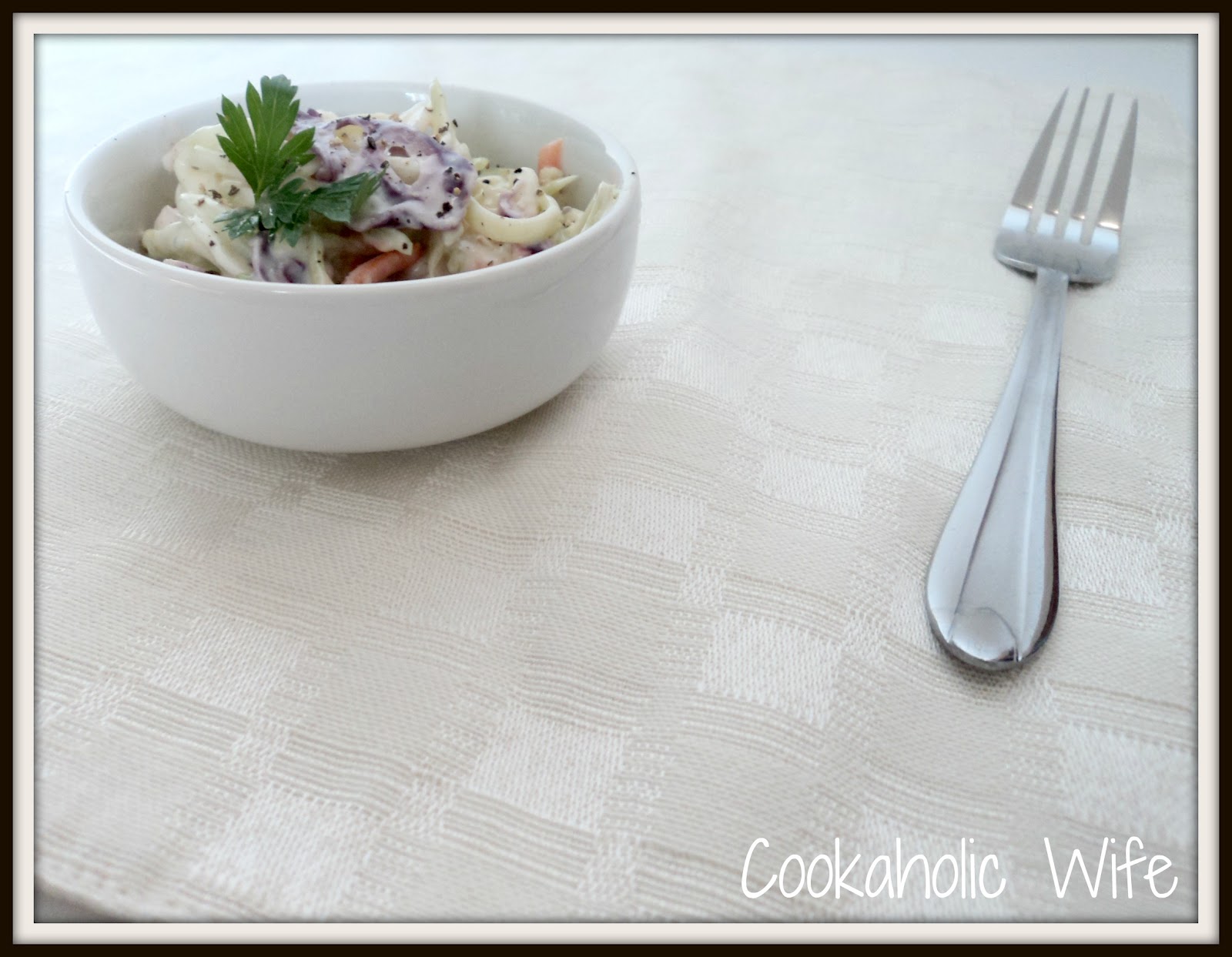 Directions:
1. Combine all of the ingredients together in a large bowl. Toss to coat. Refrigerate before serving.

It doesn’t get much easier than that, does it? I was quite happy with my own version and had it as a side for dinner each night, even if it didn’t go along with the main course very well. 🙂