Pork shoulder and my homemade Honey Whiskey BBQ Sauce are combined in the slow cooker to make the best pulled pork you've ever tasted!

Update: This recipe was originally posted in January 2016. The recipe and photos have been updated and republished in June 2021.

I love a good pulled pork sandwich as much as the next person and I can guarantee that this is going to replace whatever recipe you were using before. It is just THAT GOOD! The homemade sauce doesn't take long at all to whip up! And then it's poured over the pork shoulder and cooked nice and slow until it all falls apart!

I go over my mom's house a lot during the summer and we're always trying to come up with different foods to eat other than burgers and hot dogs. I re-made this recipe for the last holiday weekend and it's definitely going on the list to make again!

What to serve with this pork sandwich 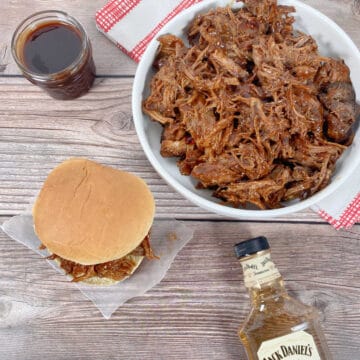 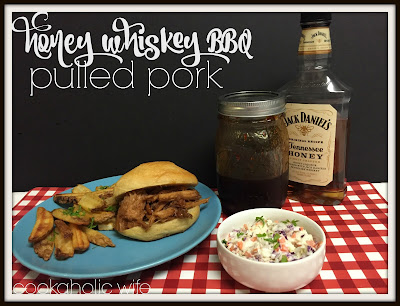 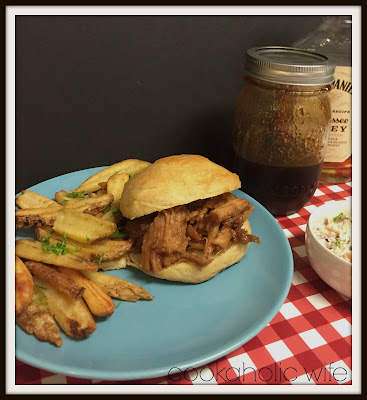