Honey Whiskey BBQ Sauce is a homemade sweet heat barbecue sauce made perfect for pork, chicken or on top a burger.

Update: This recipe was originally posted in January 2016. The recipe and photographs have been improved and the new version posted in June 2021.

After bourbon, honey whiskey is my favorite alcohol. Although, I'm not sure that counts since they're pretty similar... Anyway, being as it's summer and we grill a lot around these parts, I was in the mood to make up some bbq sauce that worked for all kinds of dishes.

What is honey whiskey bbq sauce?

This BBQ sauce is a homemade sauce that's the perfect balance of sweet and heat. The sweet comes from the brown sugar, honey and the honey whiskey and the heat comes from Sriracha and cayenne pepper. It's the perfect blend of both and pairs so well on just about anything - from pulled pork to chicken or even on top of a burger!

Now, that all depends on your personal tastes. I believe Jack Daniels was the first to create a well-marketed honey whiskey, but don't quote me on that. I know Jim Beam, Evan Williams and Wild Turkey all make honey varieties of their whiskey. Of course, there's a ton of other brands out there as well. So choose one that you can either find just enough to make this recipe or one that you're willing to drink otherwise.

Sriracha and cayenne can be omitted entirely from this recipe if you don't like heat. Or you could use hot sauce instead. Liquid Smoke just adds a smoky flavor to this recipe. If you don't like it, skip it or add Worcestershire sauce instead. The Instant Coffee granules also add to the smoky flavor of the sauce, so if that isn't your thing, you can leave those out as well.

What can I use this sauce on?

Well, I made a honey whiskey pulled pork recipe just for it, so that would be my first suggestion. But this sauce would also be amazing on ribs, chicken breast or pulled chicken or even on top of a burger, ! The options are endless!

Sauce will keep in the fridge for 1 month.  Replace Sriracha with hot sauce or omit entirely. Cayenne can also be omitted if you don't like heat. Liquid Smoke and instant coffee provide a smoky flavor to the sauce, but both can be omitted or the liquid smoke can be replaced with Worcestershire sauce.  Alcohol does evaporate somewhat when cooking. If you are concerned about the content, you can replace the whiskey with water, although the recipe will not be the same. 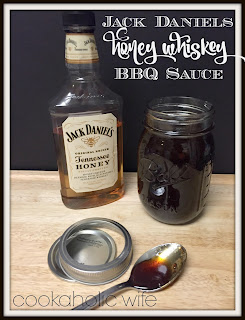 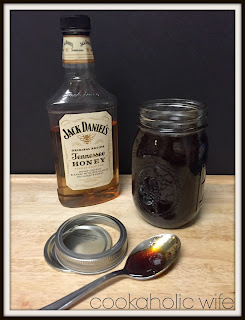