It's super surprising to me that I'd spent my entire life never having an icebox cake. My mom definitely wasn't a fan of baking so this recipe would have been right up her alley, but I suppose she never knew about it as the first time I saw a recipe for an icebox cake, my reaction was "what in the world is that?" 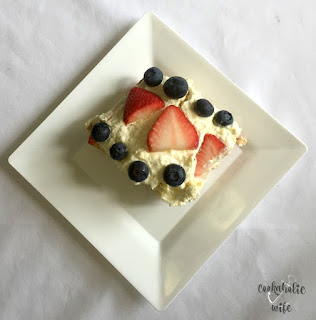 In case you also currently reside under the rock I was under, an icebox cake is a dessert made with graham crackers and whipped cream. Pudding or cream cheese is optional and mixed in with the whipped cream. As the "cake" rests in the fridge, the mixture seeps into the graham crackers softening them into a crust of sorts. I mean, really, how easy is that? The hardest part is remaining patient while the cake is in the fridge. 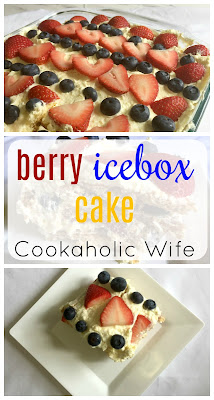 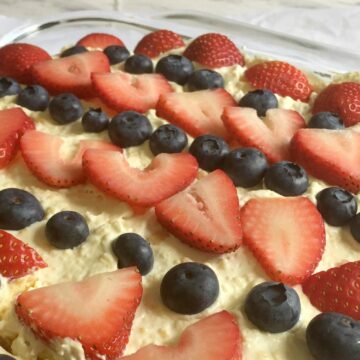 Cake will keep for 2-3 days in the fridge but is best eaten within 24 hours of making.

Keyword berries, cake, cookoutweek, icebox cake
Did you make this? I want to see, soMention @CookaholicWife or tag #cookaholicwife! 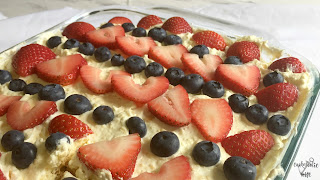 Do you have a meal or dessert that you didn't learn about until much later in life? 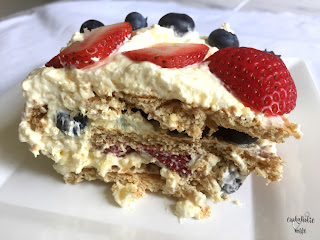 Don't forget to enter the giveaway!