I know that stuffing made using cranberries, walnuts, pecans, sausage, oysters, etc. are pretty popular, but I’ve never had any type of stuffing other than ones very similar to the Old Fashioned Celery and Onion Stuffing I shared with you on Monday. Stuffing is simple – bread, celery, onions, stock, seasonings. There’s no need to make it fancy.

Well, at least I used to think that. And then I was thinking about what we could eat with a cherry pork loin that I had planned for dinner and I realized I still had a lot of ingredients left to make up another batch of stuffing and maybe I should take a chance on a sweeter version using dried cranberries and toasted pecans. 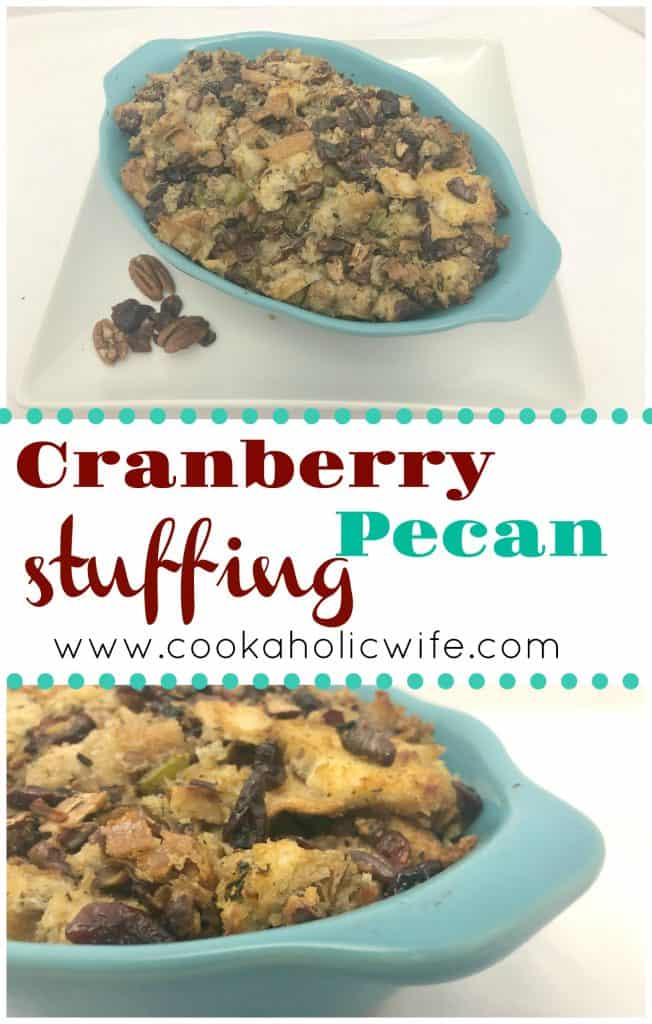 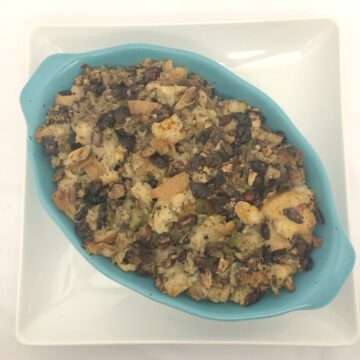 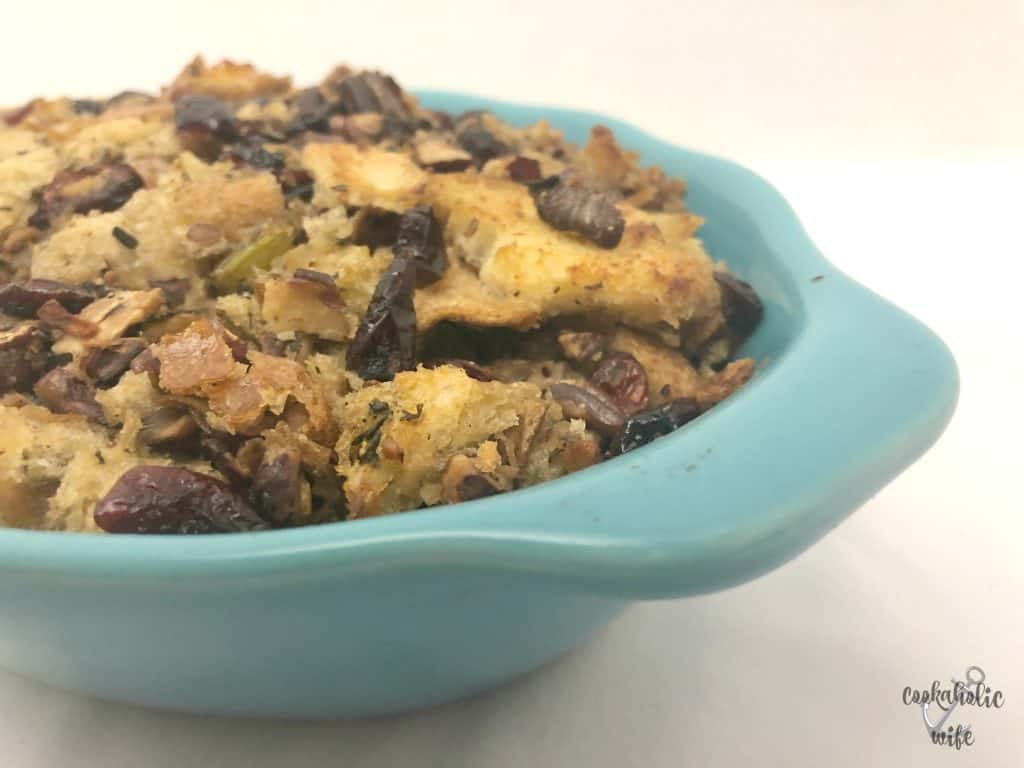 This stuffing paired really, really well with the cherry pork loin I made. I’d actually consider replacing the cranberries with dried cherries if I made this again. Tom wasn’t a huge fan of it but he did think it went really well together. I served this with a simple side of green beans.

If you’re looking for a slightly different take on stuffing to serve on Thanksgiving, I hope you’ll give this one a try.