I feel a bit silly sharing a soup recipe with you when it is 84 degrees and sunny outside, but I'm blaming this on the fact that Easter was so late this year. Easter needs to be in March, then I have more than enough time to use up all that leftover ham in dishes like soup!

I've never made or even had ham and bean soup before this in my life. I decided to choose this recipe because it was more than just ham and beans, and included onions, carrot, celery and green beans; all of which I had in small enough quantities in the refrigerator that made this perfect. 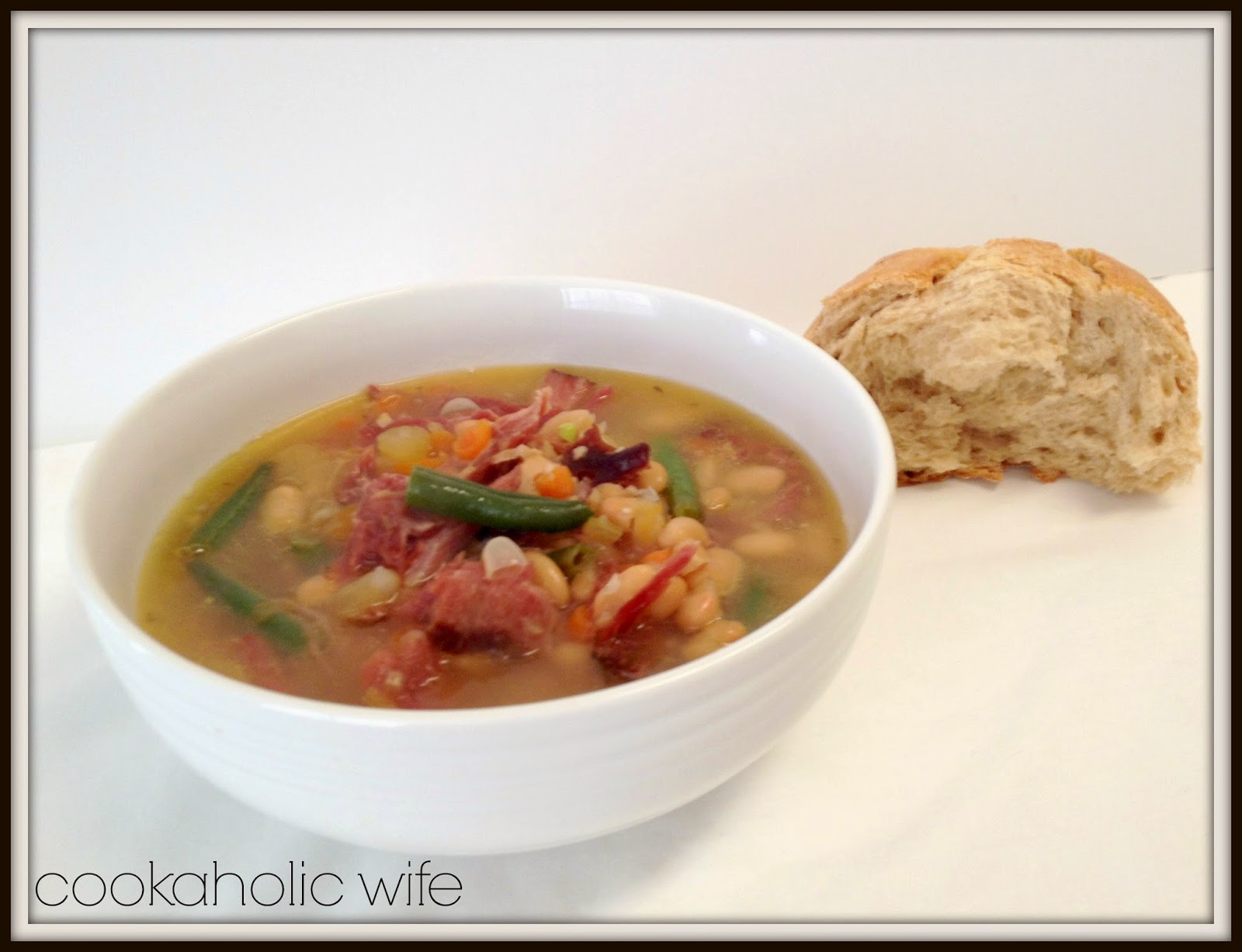 Directions:
1. Heat the olive oil in a Dutch Oven over medium-high heat. Add the onions, celery and carrots and cook for 7-10 minutes or until softened. Add the garlic and thyme and cook for 1 minute more.
2. Add the broth, beans and ham/ham bone. Bring to a boil, then reduce to a simmer. Cover and cook for 1-2 hours, or until the beans are tender.
3. If using, remove the ham bone from the soup and strip the meat from it. Return the meat to the soup.
4. Remove 2-3 cups of the soup and puree in a blender until smooth. Return to the Dutch Oven, along with the green beans and cook for 30 more minutes. Season to taste with salt and pepper. 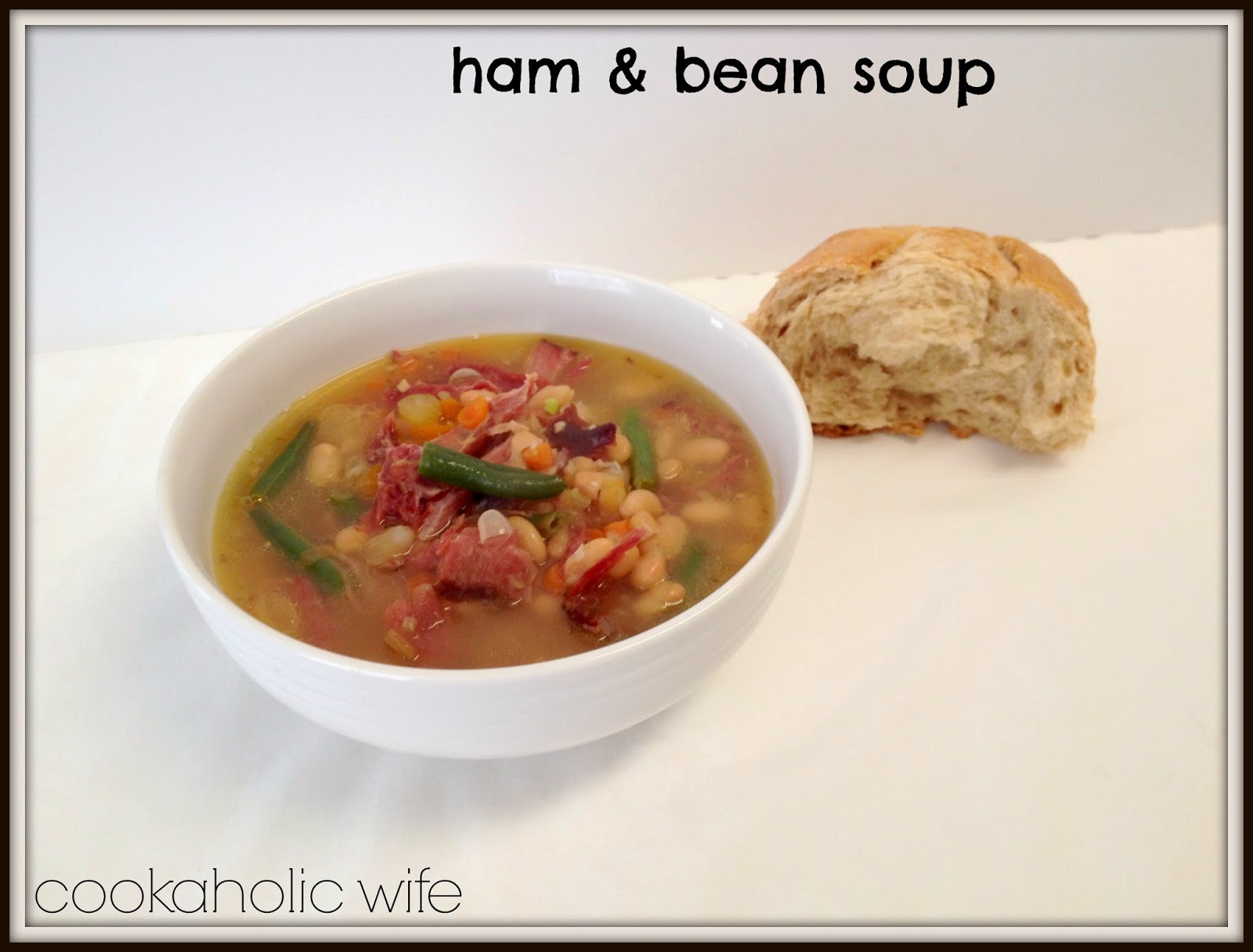 For never having it before, I thought this was delicious. Tom did comment that it was
"weird" there were other things in the soup aside from ham and beans, but he didn't say that he disliked it. I believe this will be my go-to recipe for leftover ham from now on!