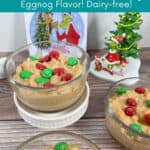 Dr. Suess's Who Rice Pudding is a dairy-free rice pudding topped with red and green candies, perfect for any Grinch, or Who lover, that you may know.

I think I have the words to the original Grinch cartoon memorized. If you know me and have been to my house around Christmas, that wouldn't be too much of a surprise. So it would only be fitting that I share the recipe for Who Pudding with you.

What is Dr. Suess's Who Rice Pudding?

The story goes that the Grinch steals all of the presents and the food for the feast, but when he brings it all back, the Who's let him stay for the celebration. I believe that Who Pudding is an eggnog based rice pudding topped with red and green candies.

The Who's love Christmas and sweets, so this combination of flavors and ingredients only seems fitting to serve as their Christmas dessert, after the Roast Beast and Who Hash has been consumed.

Then, bring it to a boil and add the rice. Once the mixture is boiling add in the rice, salt and cinnamon and stir until it is mixed in. Lower the heat to a simmer and cover with a lid.

Next, simmer until the rice is cooked. Continue simmering the mixture for 1 hour to 1 hour and 15 minutes, stirring every 10 minutes or so to make sure the rice does not stick.

Then, remove from the heat and divide into bowls. Once the mixture is thick and creamy, remove it from the heat. Divide the rice pudding into serving dishes. Refrigerate until chilled, at least 2 hours.

Finally, decorate your rice pudding. Sprinkle red and green candies on top of the pudding. Serve chilled. Note: if serving later, add candies right before serving so the colors from them don't bleed into the pudding.

Is rice pudding meant to be served hot or cold?

It's entirely up to you! I prefer my rice pudding cold, so I refrigerate it for 2 hours after cooking, but feel free to serve it warm.

Which is the best type of rice for rice pudding?

What is Who Pudding?

In The Grinch Who Stole Christmas, Who Pudding is the dessert that they serve at their Christmas feast. It is not specified what type of pudding the Who's enjoy, but given their love of Christmas and sweets, I believe that Who Pudding is an eggnog flavored pudding decorated with red and green candies.

Are you a fan of The Grinch Who Stole Christmas too? Try my Grinch Crinkled Heart Cookies and check back soon for more Who-inspired recipes! 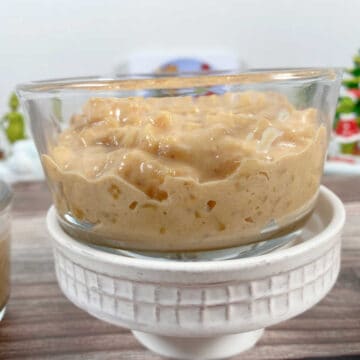 Refrigerating rice pudding is optional, you can serve it warm. Do not add candies until ready to serve.  This recipe will fill four 6 oz. ramekins a little more than halfway each. 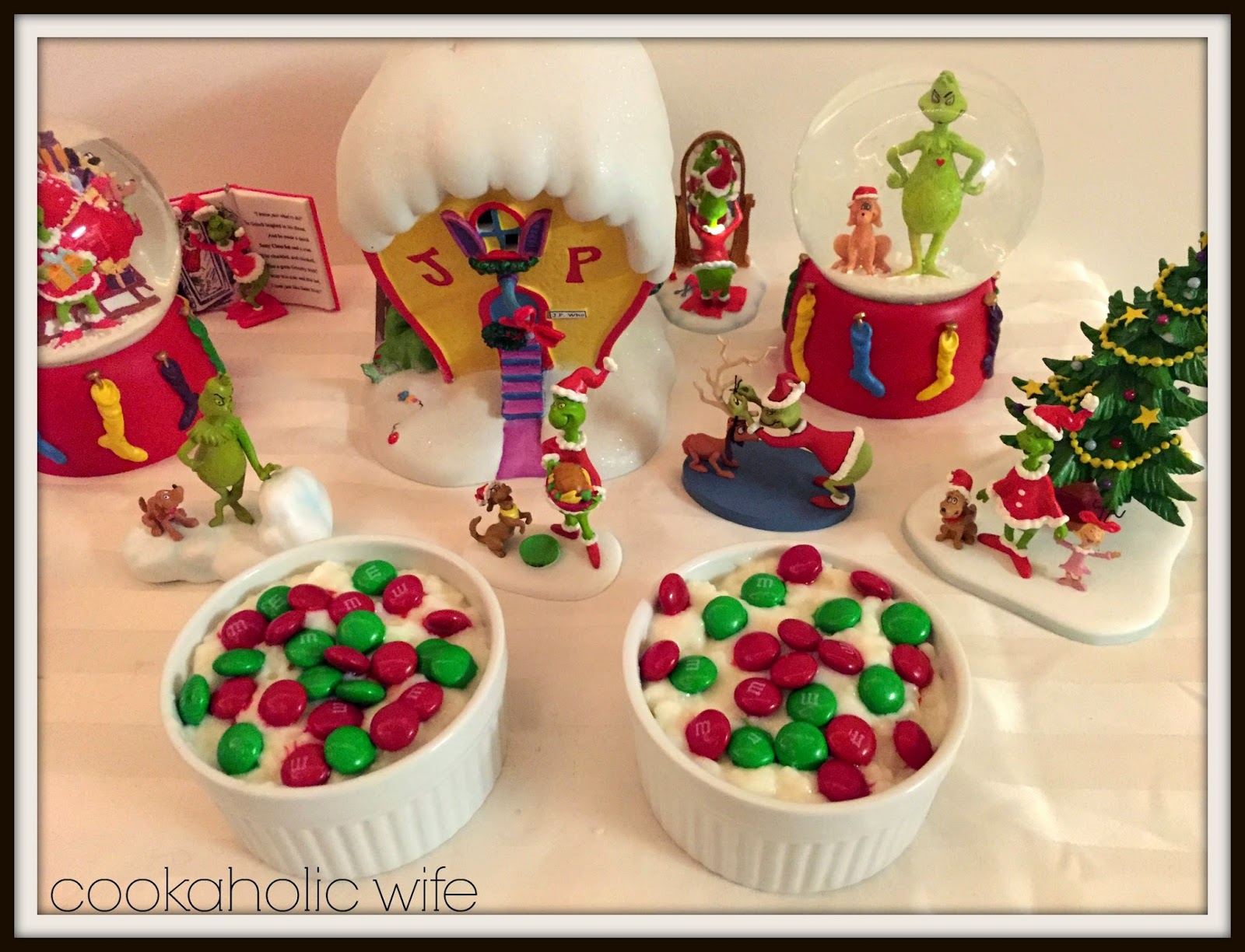