My coworkers birthday was last month. She is the one who had me try out the Whole 30. We have a tradition at work where birthdays come along with a card and some type of dessert. I knew she wouldn't indulge and eat anything like cake or ice cream, so I decided to find a paleo-approved dessert.

This recipe was initially made with berries and that is how I prepared it for her birthday. I opted to make it again with peaches because I've decided that there is no way to go wrong with these ingredients. Since berries aren't in season any longer and not exactly cheap in the stores, I'll wait until the spring comes around again to make this with berries and share with you. 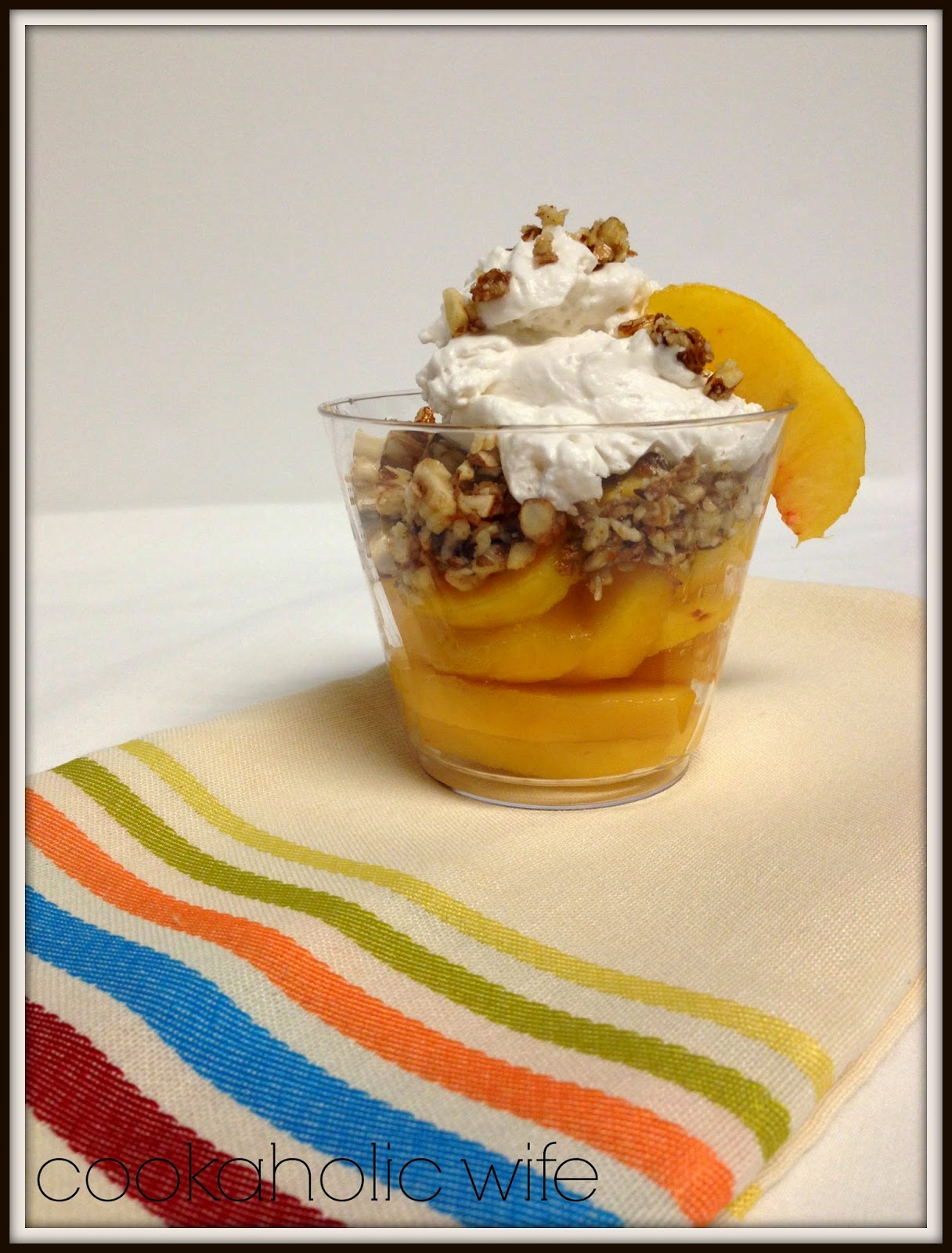 Ingredients:
for the crumble:

for the coconut whipped cream

Directions:
1. Combine the crumble ingredients in a food processor and and pulse until combined and ingredients are roughly the size of oats.
2. Refrigerate coconut milk overnight. Scoop out the solids and place in the bowl of a stand mixer with the beater attached. Add the vanilla and honey and mix on high speed until stiff peaks form. Add additional coconut milk as needed to thin out the whipped "cream".
3. Divide peaches into 4 dishes. Divide the crumble evenly on top and top each dish with a large dollop of the coconut whipped cream. 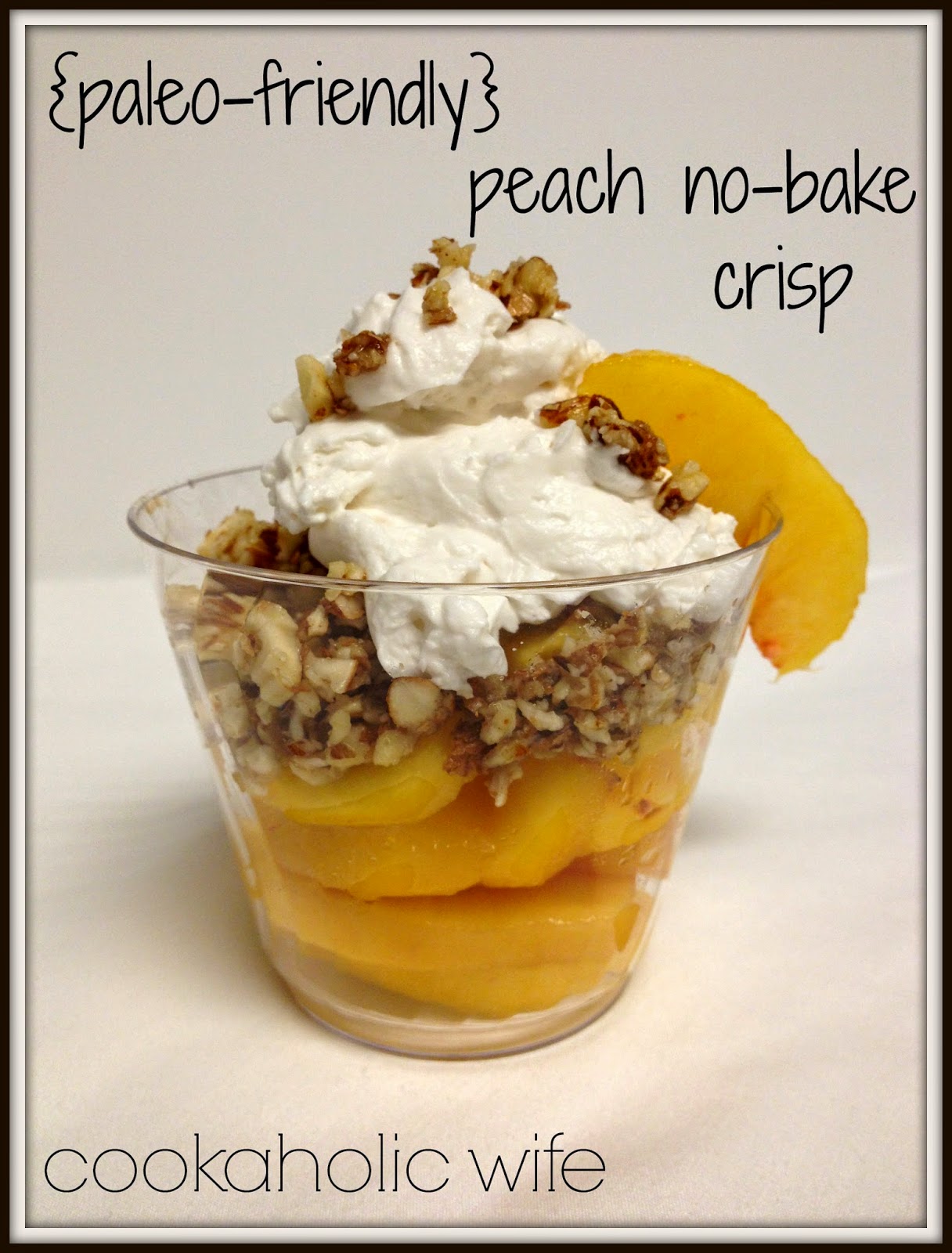 I made the peach version for Tom and I and he had no idea how incredibly healthy this recipe is. The almond crumble stuff is like crack. We actually started referring to it at work as the "almond crack" because really, nothing this healthy should taste anywhere near that good. 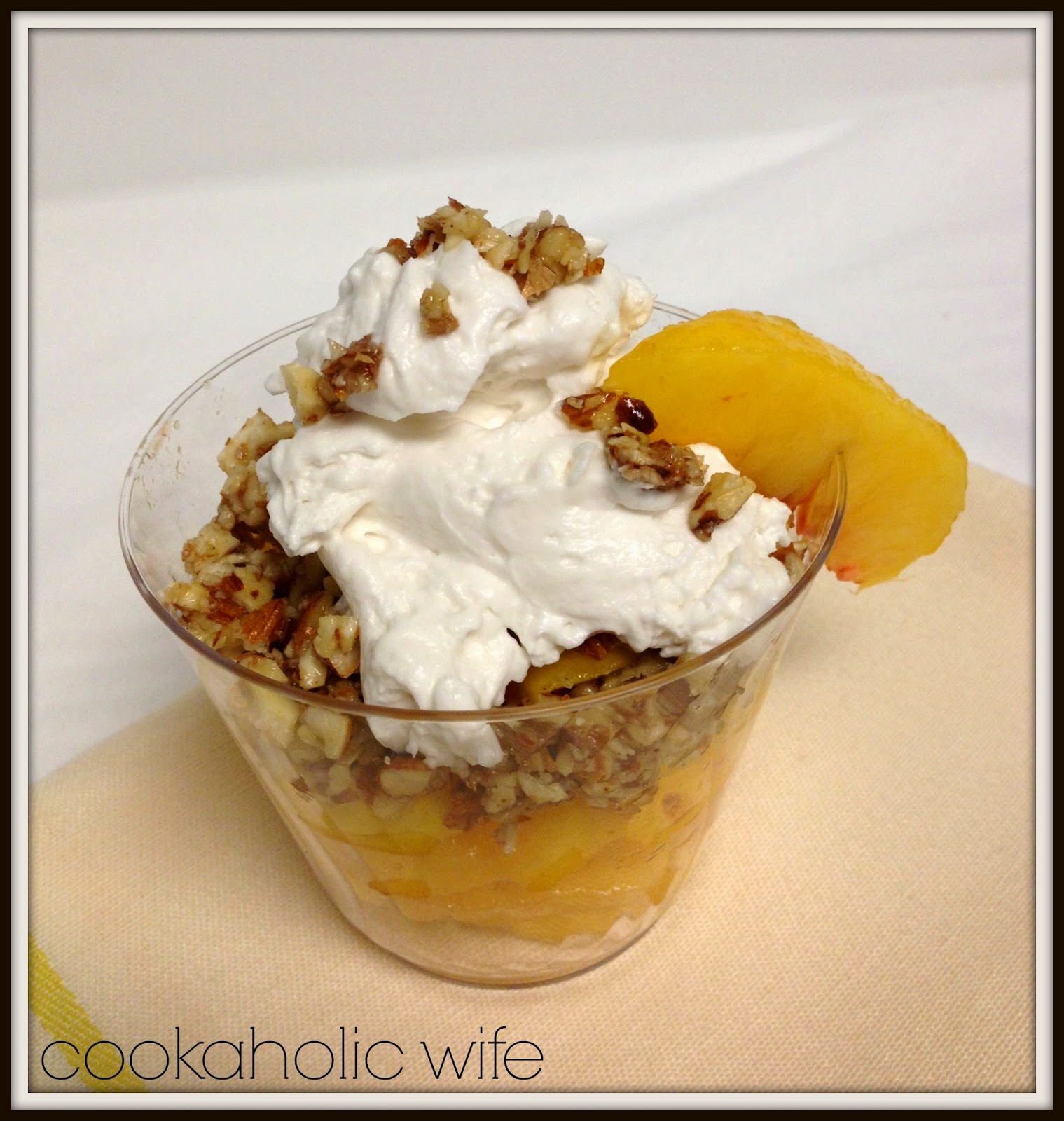 The coconut whipped cream is delicious all on its own too. Makes sure to pick up a brand that uses stabilizers or thickeners so you have enough solids to turn into whipped cream. Goya sells a "cream of coconut" in a can, usually near the non-alcholic mixers, but it is not approved for Paleo as it contains sugar.