Disclaimer: I received product in exchange for sharing this recipe. All opinions are my own.

This Spicy BBQ Chicken recipe is going to become your new favorite chicken dish! Chicken breasts are marinated in a spicy BBQ sauce mixture then cooked to perfection. Additional BBQ sauce is served over the chicken for some extra kick. But don’t stop there! Dip your fries in the sauce or use it as a salad dressing.

Recently, I saw a recipe for spicy chicken, using hot sauce, sour cream, honey and some other ingredients to create a sauce. I thought about making the recipe as is, but it seems like every time I cook up chicken breasts, Tom decides to cover his in BBQ sauce. Which got me thinking that I could use the basis of the recipe I found but use BBQ Sauce as a base.

It was quite perfect actually, because I recently found my new favorite brand of BBQ sauce when I was visiting the butcher not too long ago. 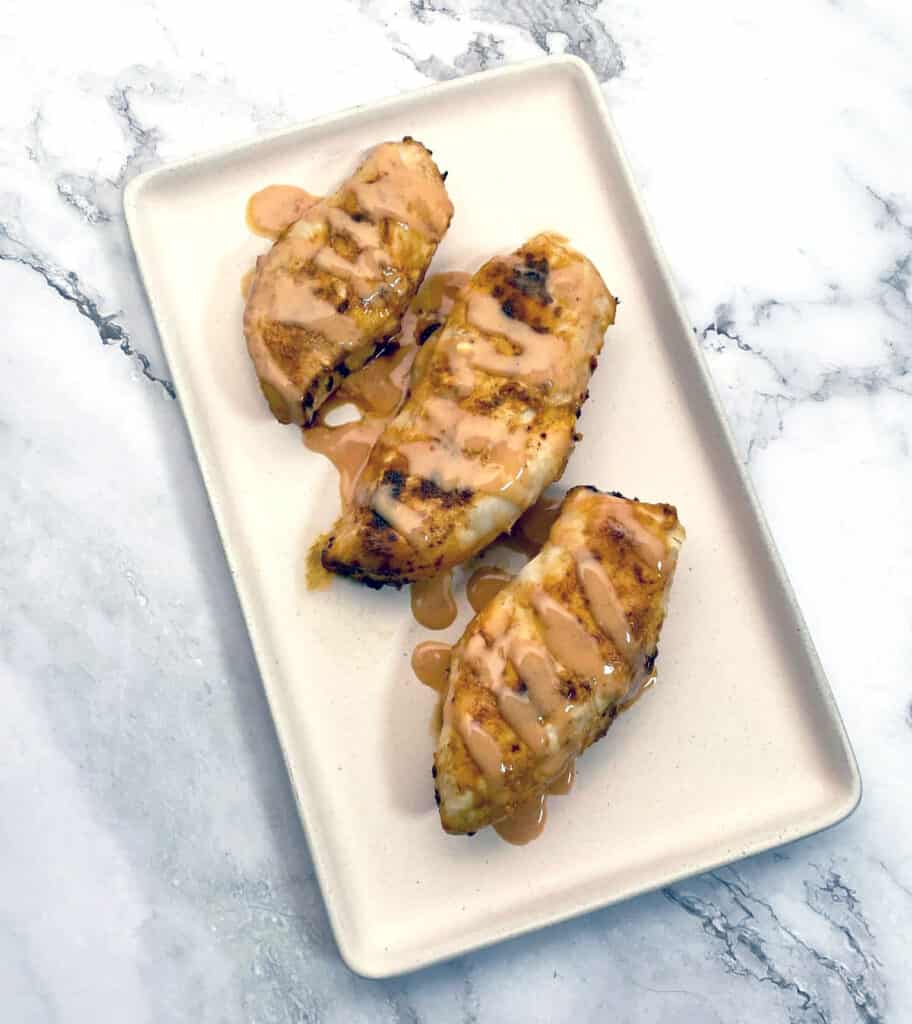 Bar-B-Que Beast is a women-owned company located in Pennsylvania. Ann first created the sauce about 20 years ago while she was serving in the Air Force and was unable to find a traditional BBQ sauce while stationed in Germany.

I’ve now tried 3 of their sauces – On the Bay, which is a sweet heat sauce with Old Bay seasoning mixed in, Curry – a sweeter style sauce with curry mixed in, and Spicy, a thick sweet sauce with just enough heat mixed in.

For this recipe I used the Spicy version of their sauce. I want to try it again with the On the Bay sauce because…well, I’m from Maryland. We put Old Bay on everything.

For this week only (ending Saturday August 15th) there is a sale on Bar-B-Que Beast Sauces. They’re also available in Giant and Martin’s stores and other local stores throughout the mid-Altantic. 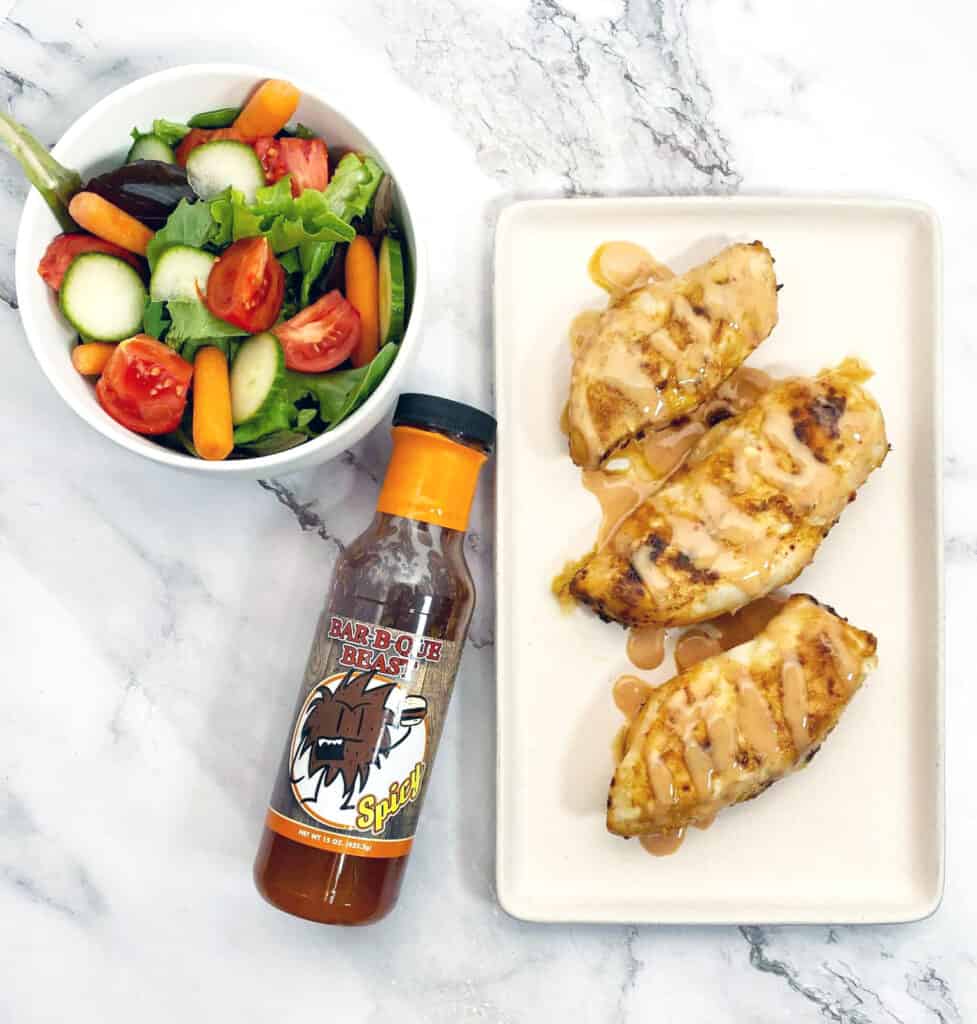 What is Spicy BBQ Chicken?

This spicy BBQ chicken recipe will quickly become your favorite one! The marinade and sauce for the chicken is made with BBQ sauce, hot sauce, honey, ketchup, sour cream and spices. Half of the mixture goes on top of the chicken so it can marinate in it and you reserve the other half to drizzle on top the chicken once it’s cooked. 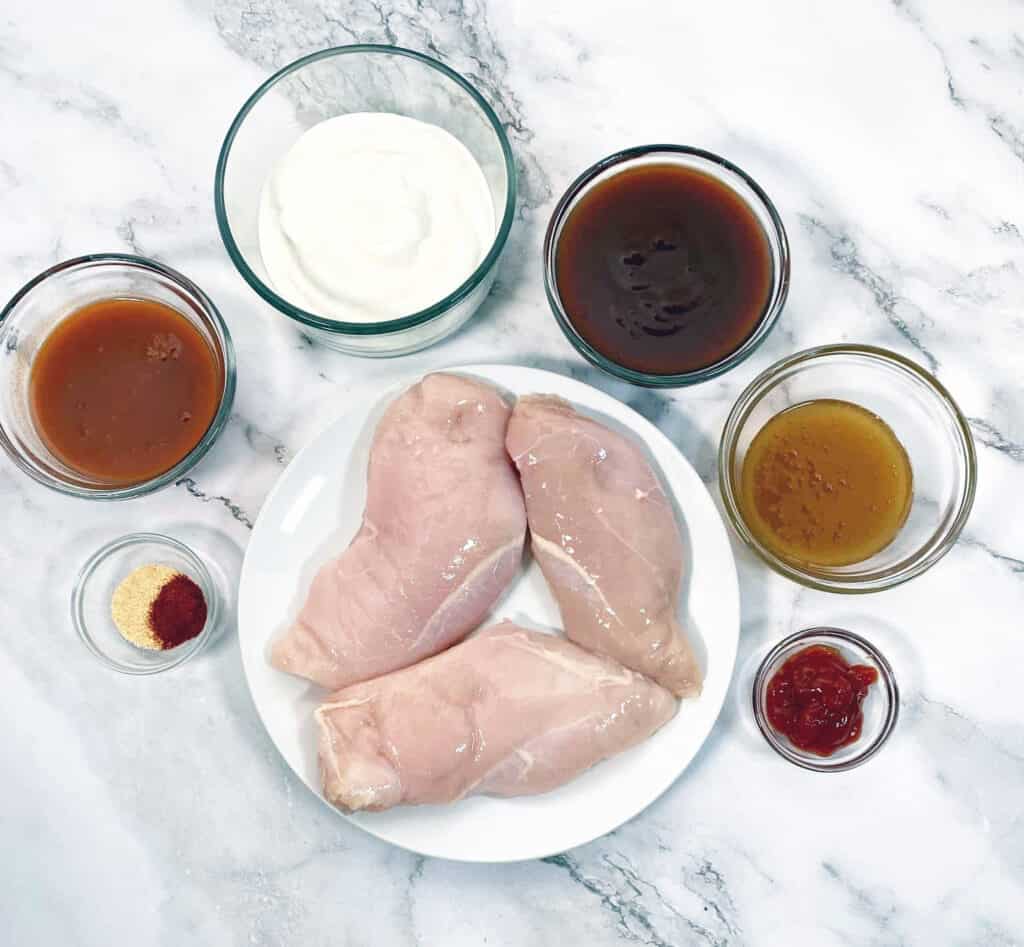 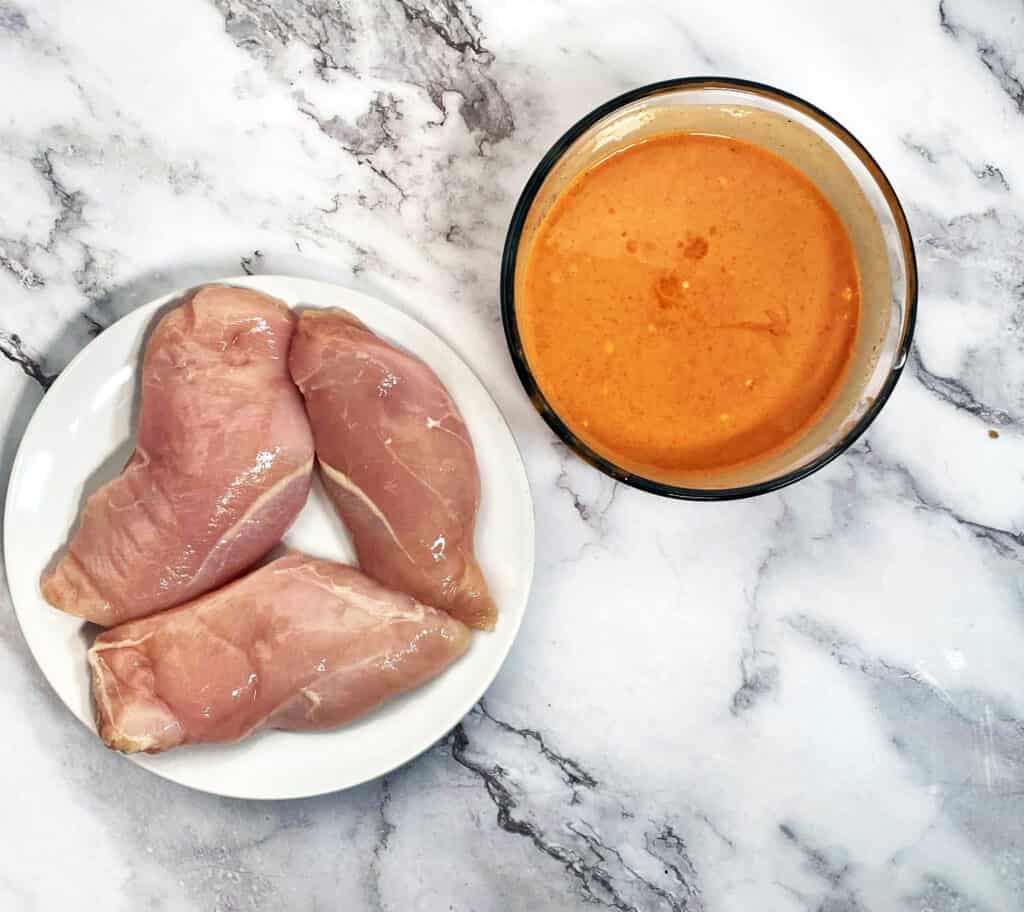 Not sure what to serve with Spicy BBQ Chicken? I served it with corn on the cob and a salad, but the chicken would also pair great over rice or with mashed potatoes and your favorite green veggie.

Want to save this recipe for later? Pin it to your favorite Pinterest board and follow me for more delicious recipes! 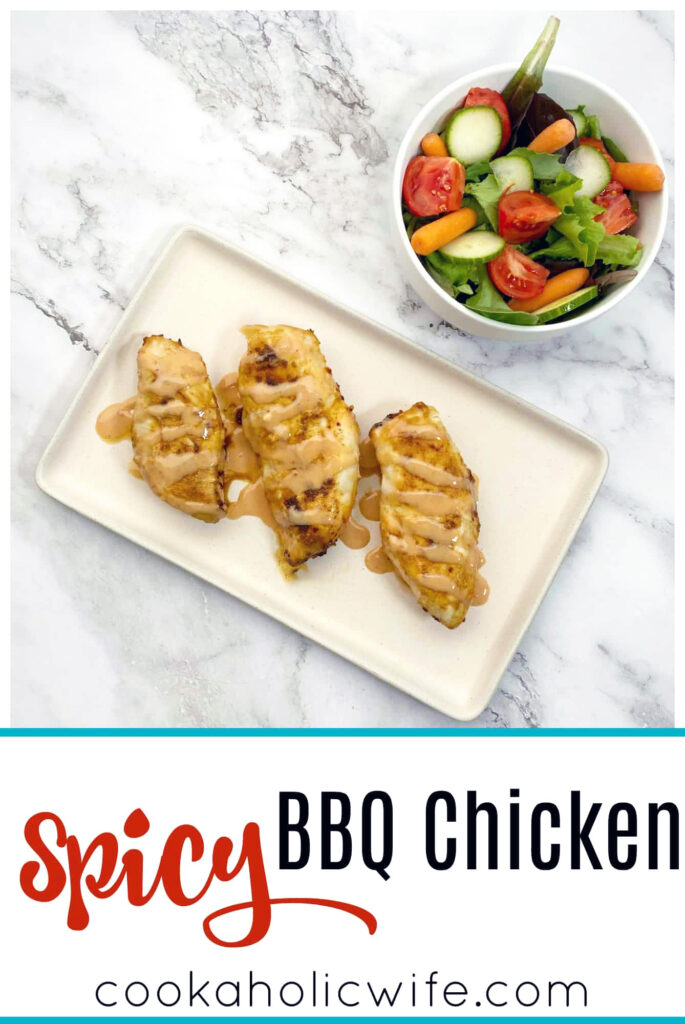 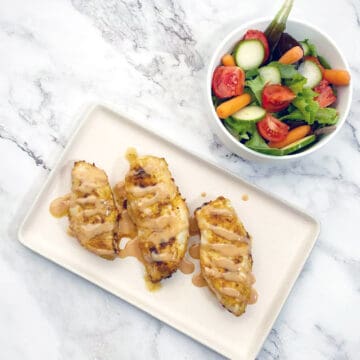 If you're not a fan of spice, reduce the hot sauce to 2 tablespoons.  You can also grill the chicken, but the honey in the marinade may cause it to burn.  Serve Spicy BBQ Chicken with mashed potatoes, rice, corn, salad or your favorite green veggies.  Any remaining marinade (not what the chicken was soaked in) will keep in the fridge for 3-5 days. Dip fries into it, use it as a salad dressing or drizzle it over any other cooked protein like beef, pork or fish!  Recipe Adapted from: Kylee Cooks