For this month's Secret Recipe Club, I was assigned to Searching for Dessert, which is right up my alley. Who isn't searching for dessert? And if you aren't, why haven't you started? I will say, one of the best things about being an adult is getting to make choices like having dessert before dinner, or just as dinner with no one telling you no or that you shouldn't do that.
Ironically, the morning that I made my recipe, I opted to have a root beer float for breakfast. Why? Because the root beer was going to go flat. Which is a perfectly acceptable reason to me. Just saying!
Since August is the month of peaches and our reveals are at the beginning of the month, I immediately knew I wanted to find a peach recipe to share with you, even though I was strongly distracted by the Mexican Chocolate Cinnamon Brownies hanging out on the first page.
When I saw the recipe for plum upside down cakes, I knew right away I wanted to substitute the plums for peaches. I've never made an upside down cake before, even of the pineapple variety and though that a peach one was definitely the way to go! Plus, I am all for individually sized portions of dessert. 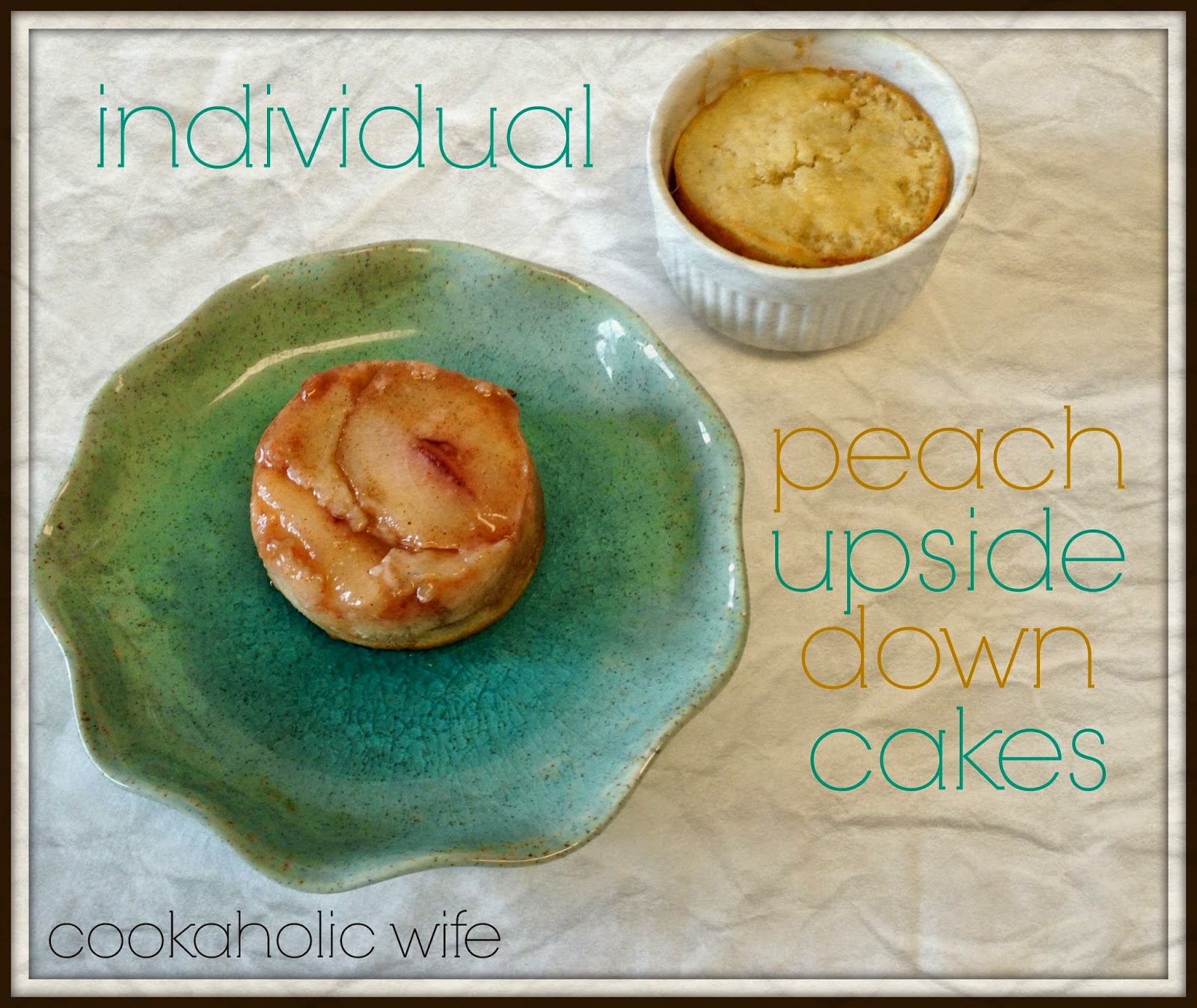 Directions:
1. Melt the butter in a saucepan over medium heat. Add the peaches, sugar and brown sugar. Cook for 5-7 minutes or until the peaches are soft. (3-5 minutes if the peaches are really ripe)
2. Spray four 4-inch ramekins with cooking spray. Transfer the peaches to the ramekins with a slotted spoon. Allow the juices from the peaches to continue cooking until the consistency is very thick, similar to jam.
3. Pour the juices over the peaches in the ramekins. Let cool slightly.
4. Preheat the oven to 350. Line a baking sheet with foil.
5. In a medium bowl, whisk together the flour, baking powder and salt. In a stand mixer, beat the butter and sugar together until light and fluffy, then add in the egg. Mix until fully combined.
6. Alternate between adding in the flour mixture and the milk until both are combined. The mixture will still be slightly runny. Divide the batter into the four ramekins.
7. Bake for 25 minutes or until a toothpick inserted in the center comes out clean.
8. Let cool on a wire rack for 10 minutes before running a knife around the edge of each ramekin to loosen the cake. Invert cakes onto a plate and serve immediately. 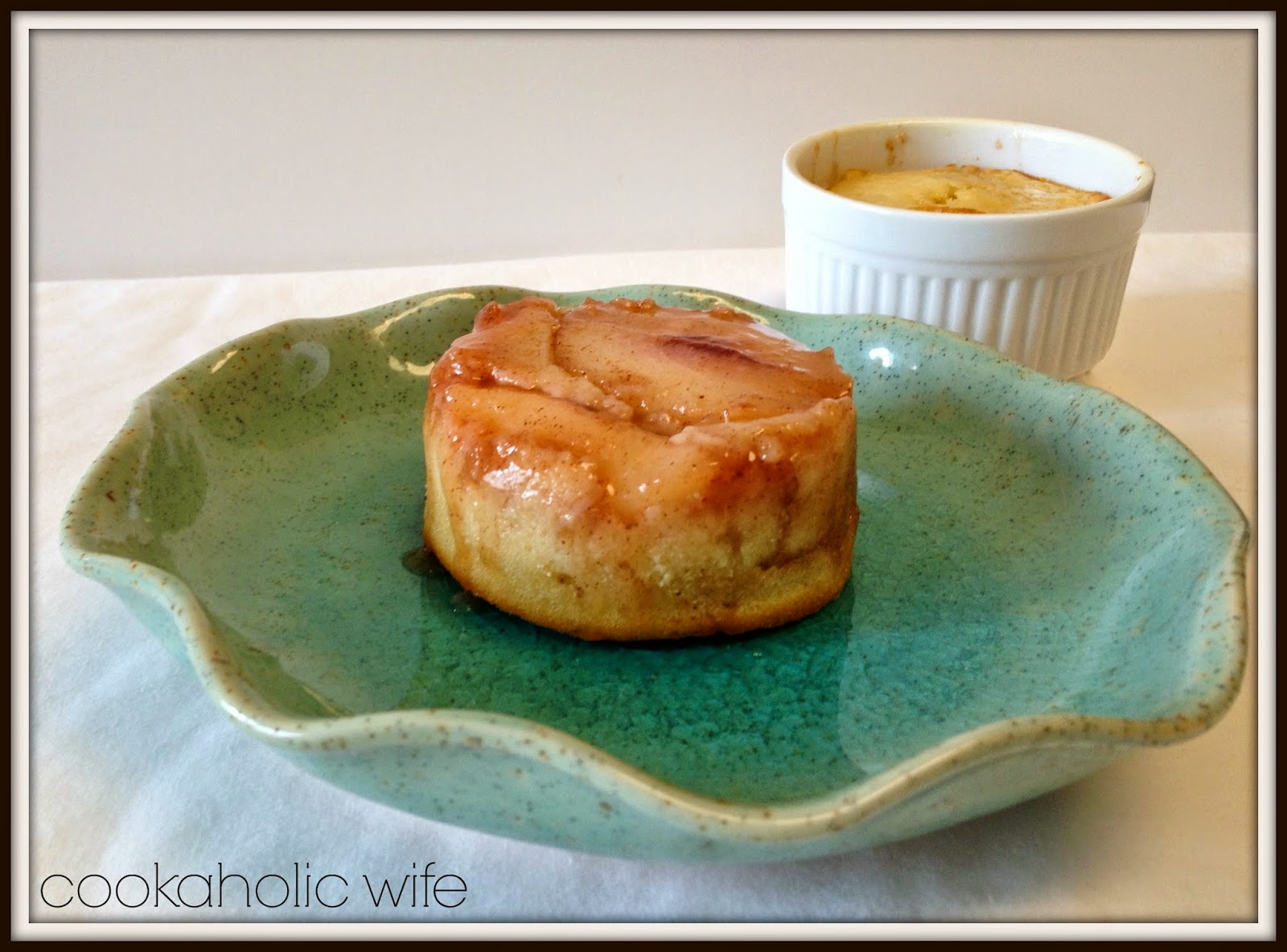 I wasn't even thinking that I grabbed white skin peaches, which meant that you can't even tell the difference between the peaches and the cake in the picture, but I assure you they are there and they are quite tasty! I opted to change up the recipe just a little bit by replacing cinnamon for brown sugar. I thought the cinnamon would be to powerful with the light flavor of the peaches.
« Spicy Thai Curry Mussels
Buffalo Chicken Meatballs »