Cheddar Chive Twice Baked Potatoes are a side dish staple in my house! Cheddar cheese and sour cream fill these twice baked potatoes that are topped with fresh chives.

Update: This recipe was originally shared in July 2012. The recipe and images have been updated and republished in October 2021.

Why bake a potato once when you can bake it twice? For years I never understood why people would spend the time to make a potato more than once when a baked potato was perfectly good all on its own. And then I had a twice baked potato filled with creamy cheesy gooeyness and I understood.

The flavors of this potato are similar to a loaded potato - cheese, sour cream, bacon and green onions (or chives) so if you like those, you're going to love these!

Traditionally, twice-baked means the potatoes are baked in the oven two times, but this recipe speeds up the cooking process by using your microwave for the first "bake". 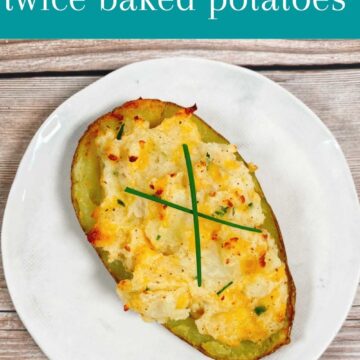 Microwaving potato time varies on the wattage of your microwave. If you have the time to bake the potatoes, you'll need to bake them in the oven for 1 hour at 425. 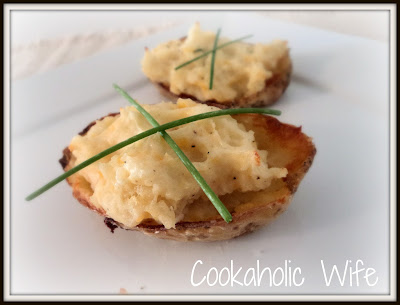 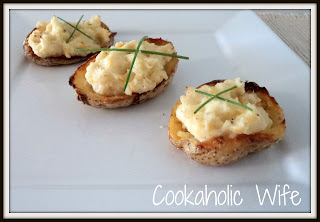