Camilla, the host of Group B for the Secret Recipe Club, and the mastermind behind Culinary Adventures with Camilla recently asked if 15 bloggers were interested in making a cheesecake for her 15th wedding anniversary.

Instead of the traditional wedding cake route, she and her husband opted for cheesecake. Not a bad idea in my mind! 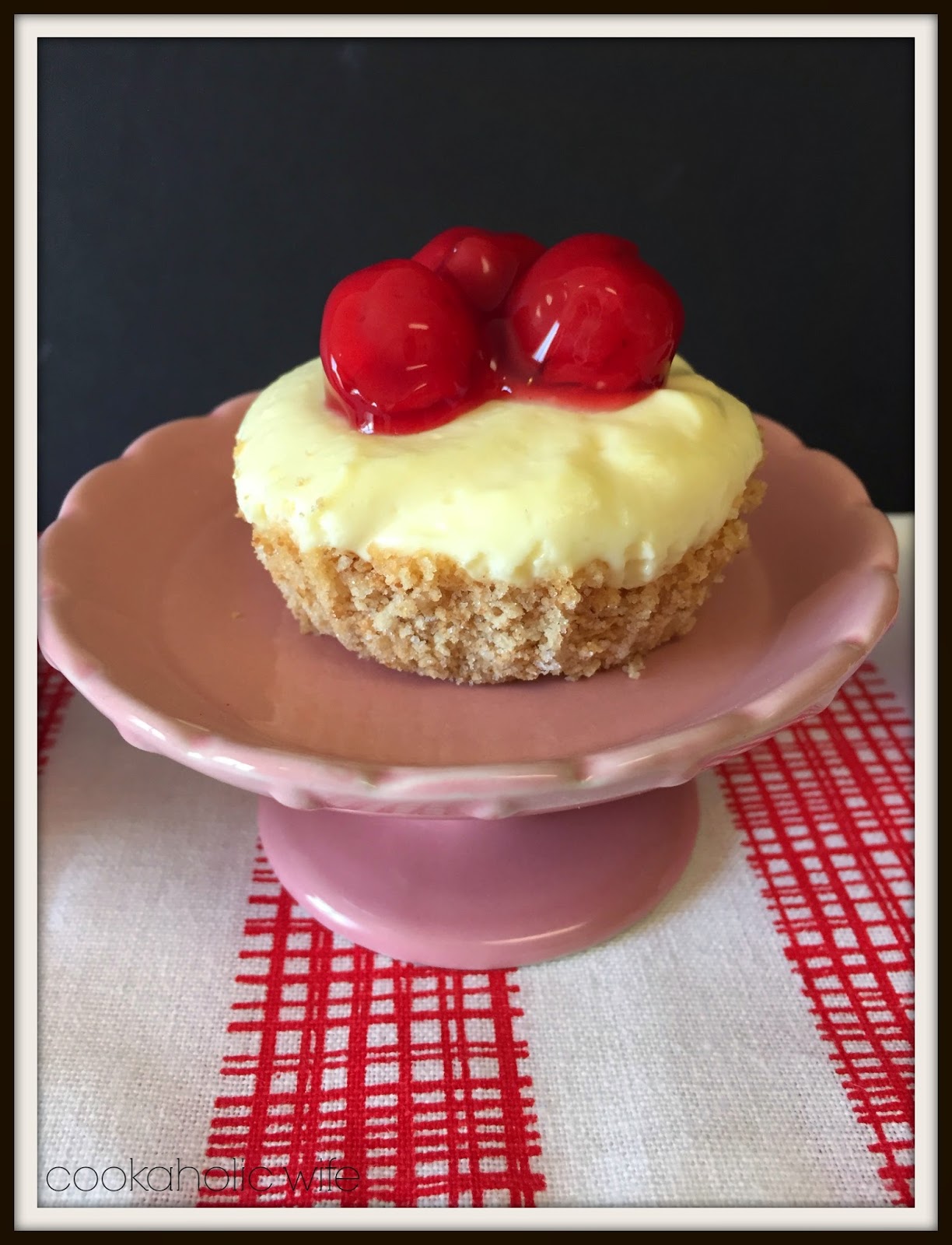 Never one to turn down an option to bake (I've recently been reminded just how relaxing it is too me) I quickly signed up. Apparently, I'm not the only one as so many of us were interested, Camilla is ending up with 25 cheese cakes for her 15th Anniversary. So that's just 10 extra years of good luck and happiness, right?

I don't know why I even bothered to ask Tom what type of cheesecake he wanted me to make. The second the words were out of my mouth, I knew he was going to say cherry. I opted to go for a bite sized version since I find full slices of cheesecake are just too rich for me. Plus, portion control! (Well, if you're able to eat just one.) 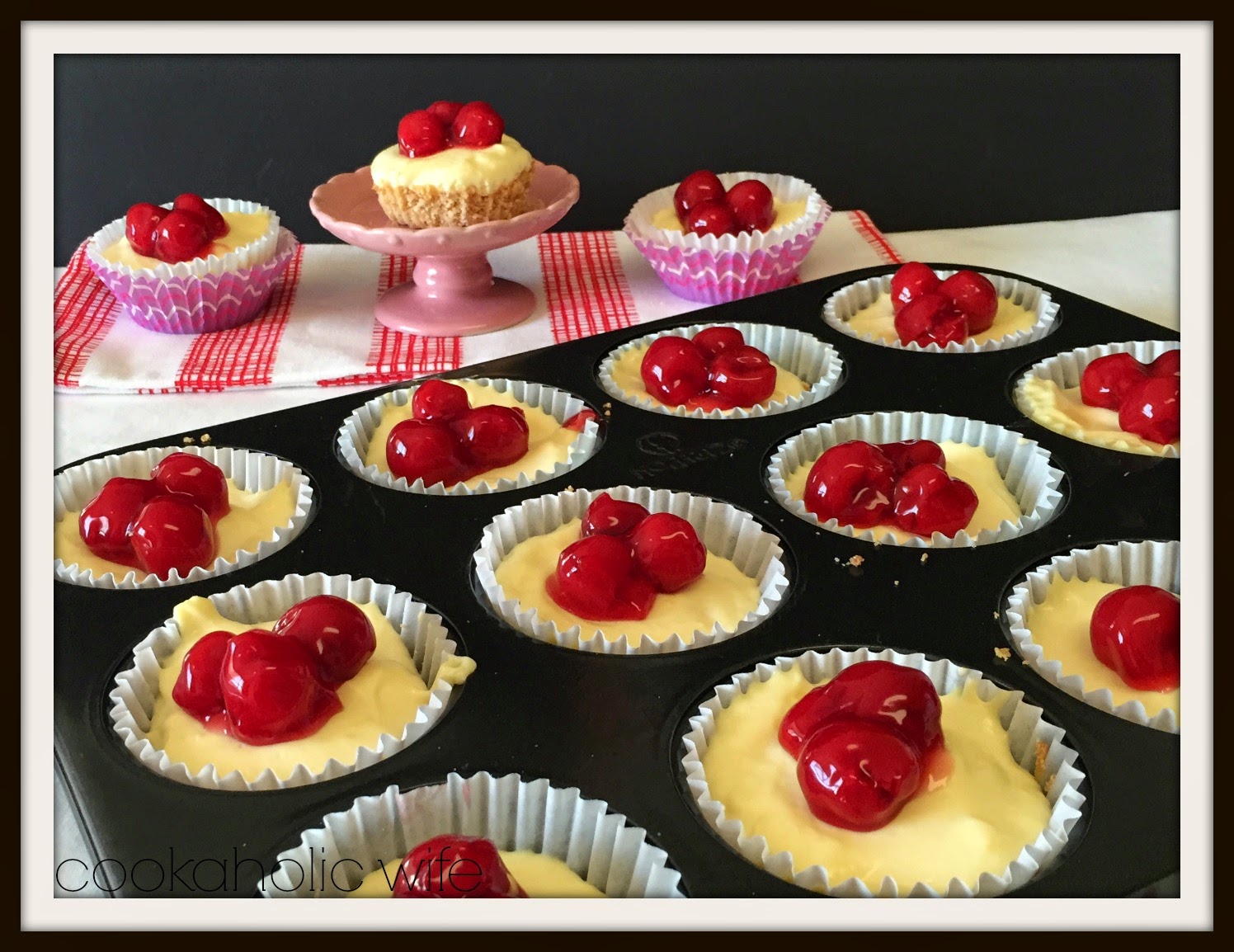 Directions:
1. Preheat the oven to 350. Place 12 paper or foil liners in a cupcake pan.
2. Combine the graham crackers, melted butter and sugar together in a bowl and stir until fully mixed and mixture is moistened.
3. Scoop ¼ cup of the graham cracker mixture into each cupcake liner and press down firmly with the measuring cup.
4. Place the cupcake pan into the oven and bake for 5 minutes. This is just enough for the graham cracker mixture to set.
5. Meanwhile, add cream cheese to a bowl (or stand mixer) and beat for 2-3 minutes on medium speed or until light and fluffy. Add in the dry pudding mix and milk, alternating between both until fully combined into the cream cheese. (You should have a yogurt-like consistency. If not, you can always put it in the blender to smooth it out.)
6. Scoop ¼ cup of the cream cheese mixture on top of the prepared graham cracker crusts. Refrigerate for at least 10 minutes but up to overnight to ensure the filling sets.
7. Top with 2-3 cherries from the pie filling on each bite. Refrigerate until ready to serve. 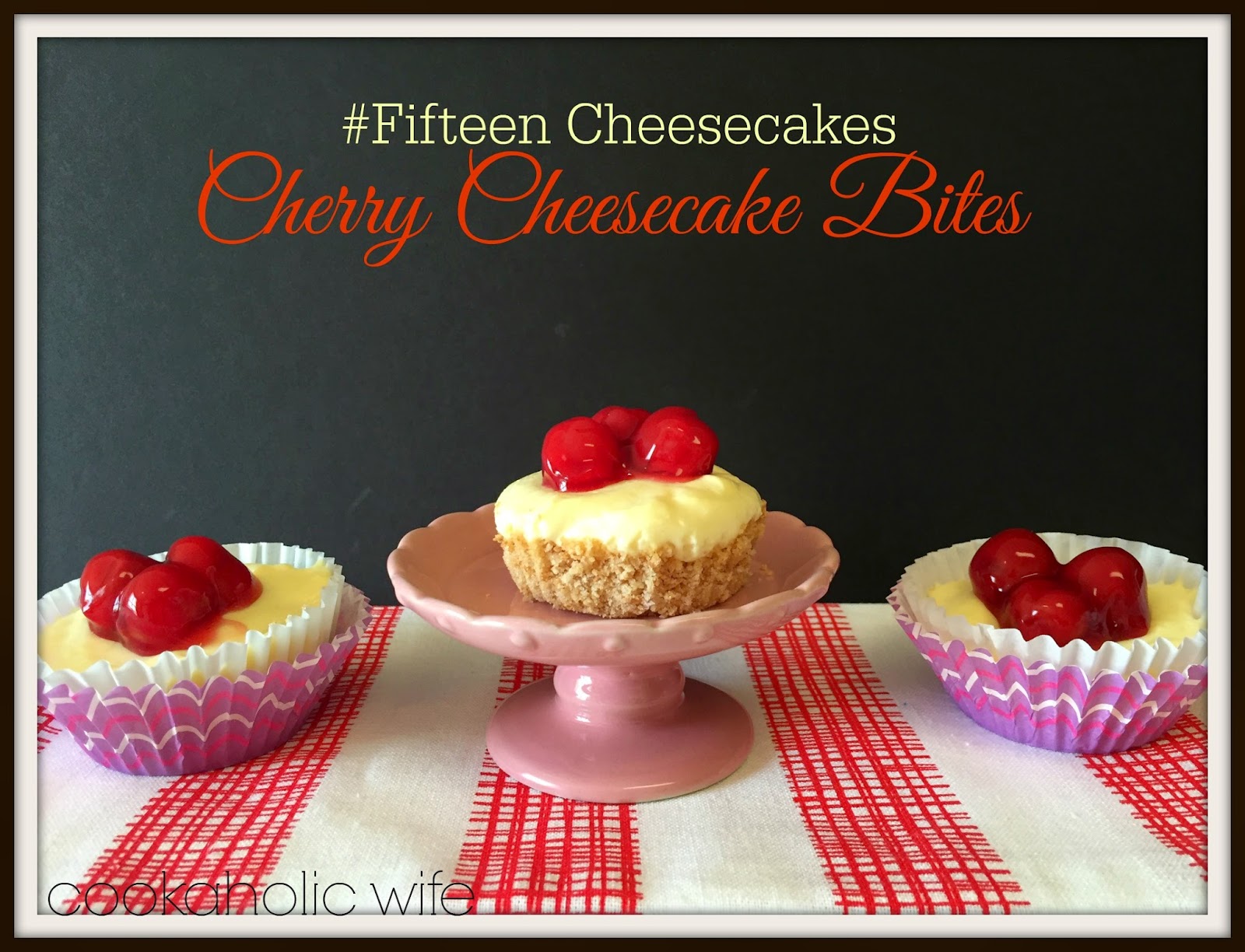 I didn't intend to make a mainly no-bake version of cheesecake (this is actually my first time doing so) but I realized I didn't pick up enough sour cream that my original choice recipe was looking for so I began searching for a new recipe where I had all of the ingredients. Vanilla pudding is not something I typically keep on hand, so I'm just going to take it as a sign that I really needed to make these decadent little bites of cherry cheesecake-y goodness! 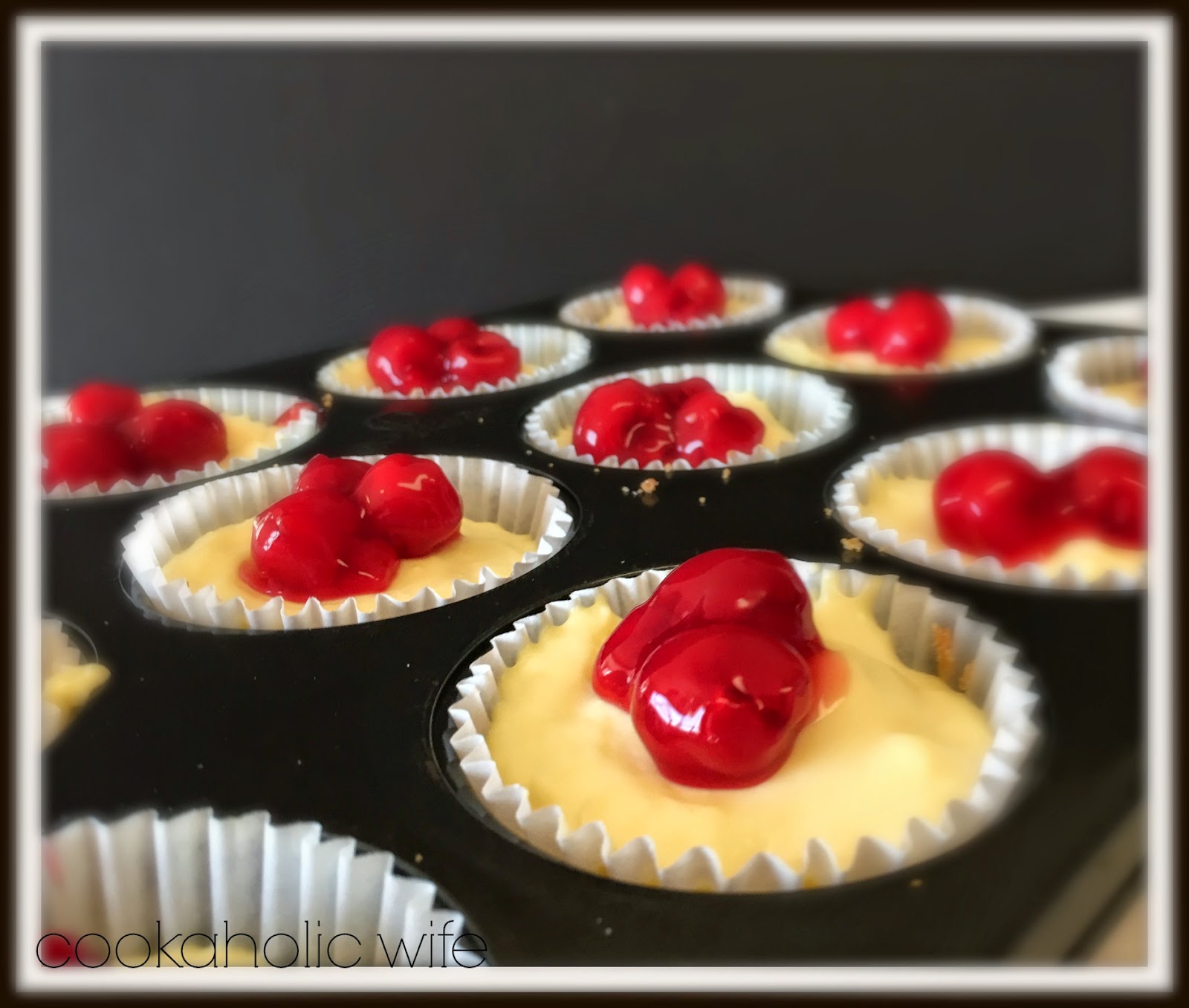 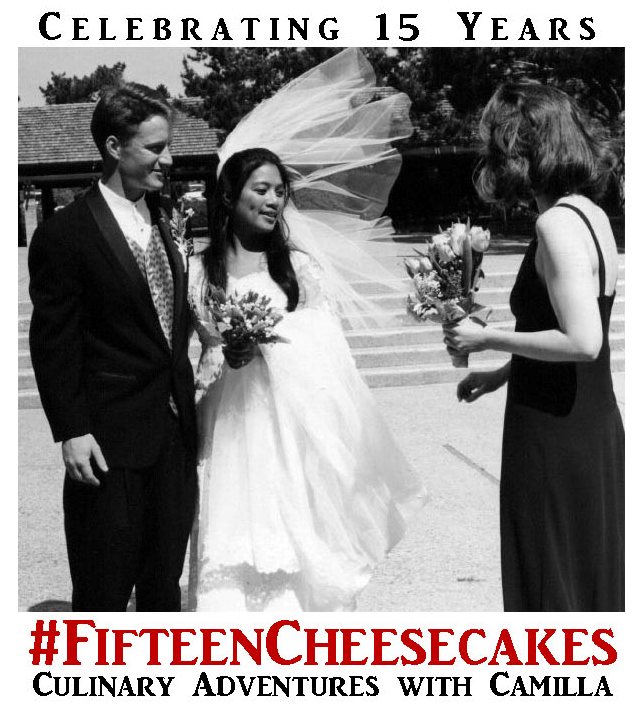