So in the years that followed that I fell quite out of the loop with what was the next cool thing to drink. (Honestly, I still have no idea) I stick to what I like and tend not to really try new things anymore, especially of the mixed drink variety.

However, back in June, we went out for my brother in law's birthday and he wanted to go to the bars downtown in Fells Point. We ate dinner, made our rounds and spent some time in The Horse You Came In On where I was told I really needed to try their vanilla infused whiskey. To be honest, I don't think I've ever had whiskey unless it was in a mixed drink and here these people were telling me I should drink it straight. I was skeptical to say the least.

Thankfully I decided to try it and found that it was incredible. As was the honey version that we tried. A quick check of the bar's website informs me that they take regular old Jack Daniel's No. 7 Tennessee Whiskey and infuse it with different flavors (honey and vanilla included) in charred oak barrels for a minimum of two weeks. While I don't possess a charred oak barrel, I am still rather temped to see if I can infuse vanilla into a bottle of whiskey. (I'll let you know how that goes should I ever try it.) 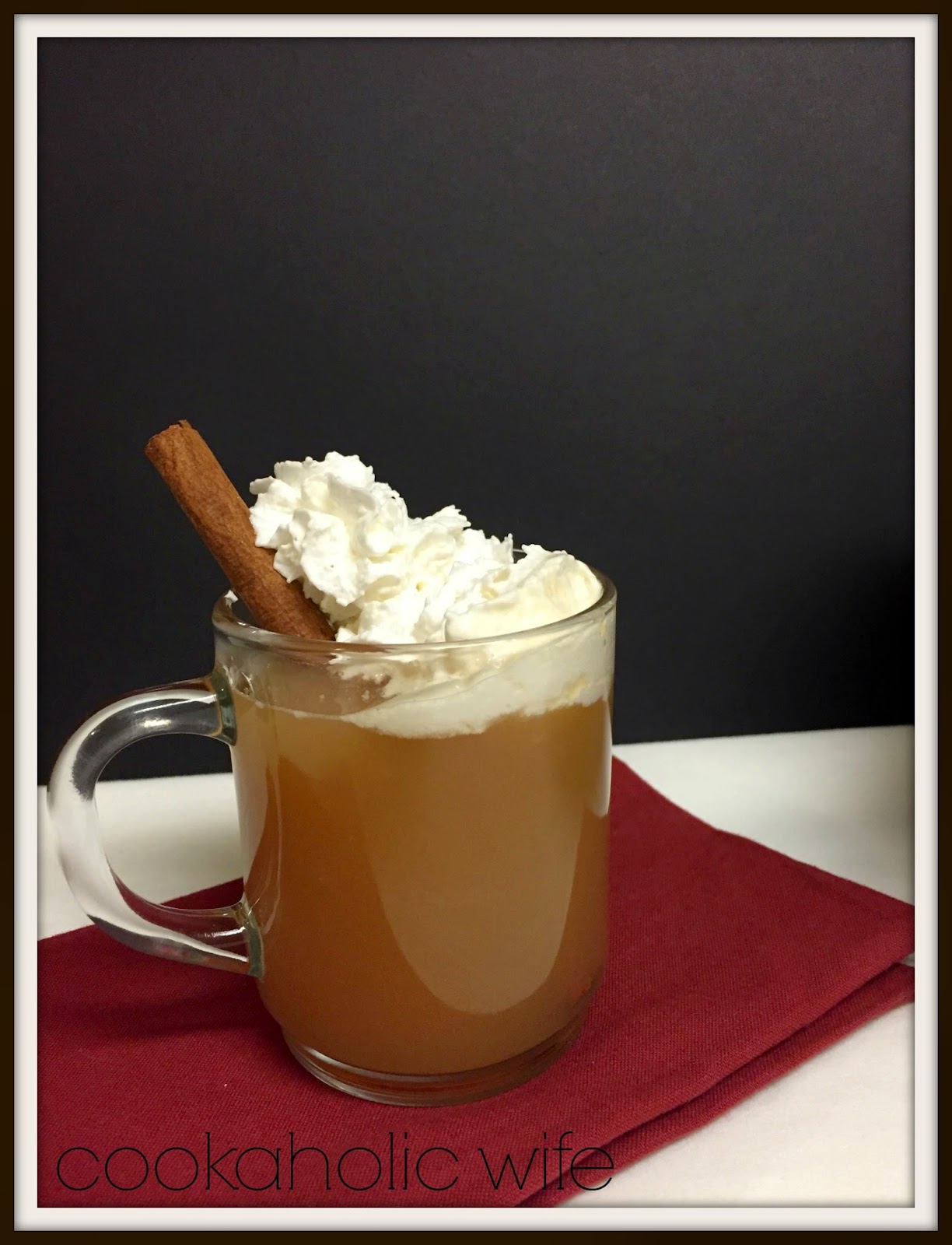 Long story short, the vanilla and honey whiskey have been on my brain ever since and I wanted to create a fall-flavored cocktail that involved one of them. A visit to my local liquor store that carries everything known to man lead me to learn that you cannot buy vanilla whiskey, but you can buy honey whiskey.

So a honey whiskey drink I set out to make and what are the two biggest ingredients you see in just about every fall recipe? Pumpkin or apples. Pumpkin and whiskey didn't seem like it would work out so well so I opted for our heartier friend the apple that even comes sold in cider to cut down on recipe creation time. 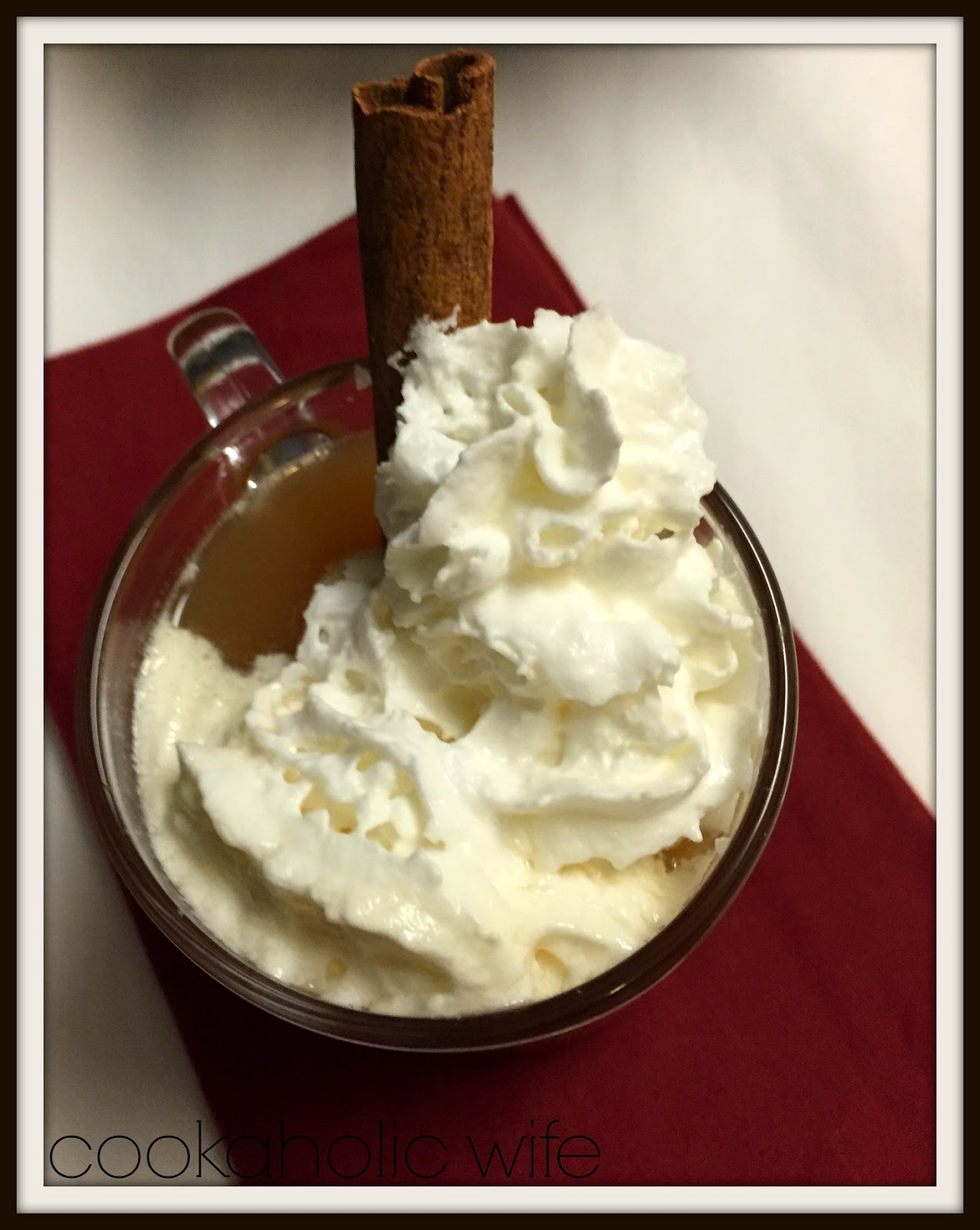 Directions:
1. Heat the apple cider and stir in the honey whiskey.
2. Pour into your desired glass and garnish with a cinnamon stick and optional whipped cream dollop. 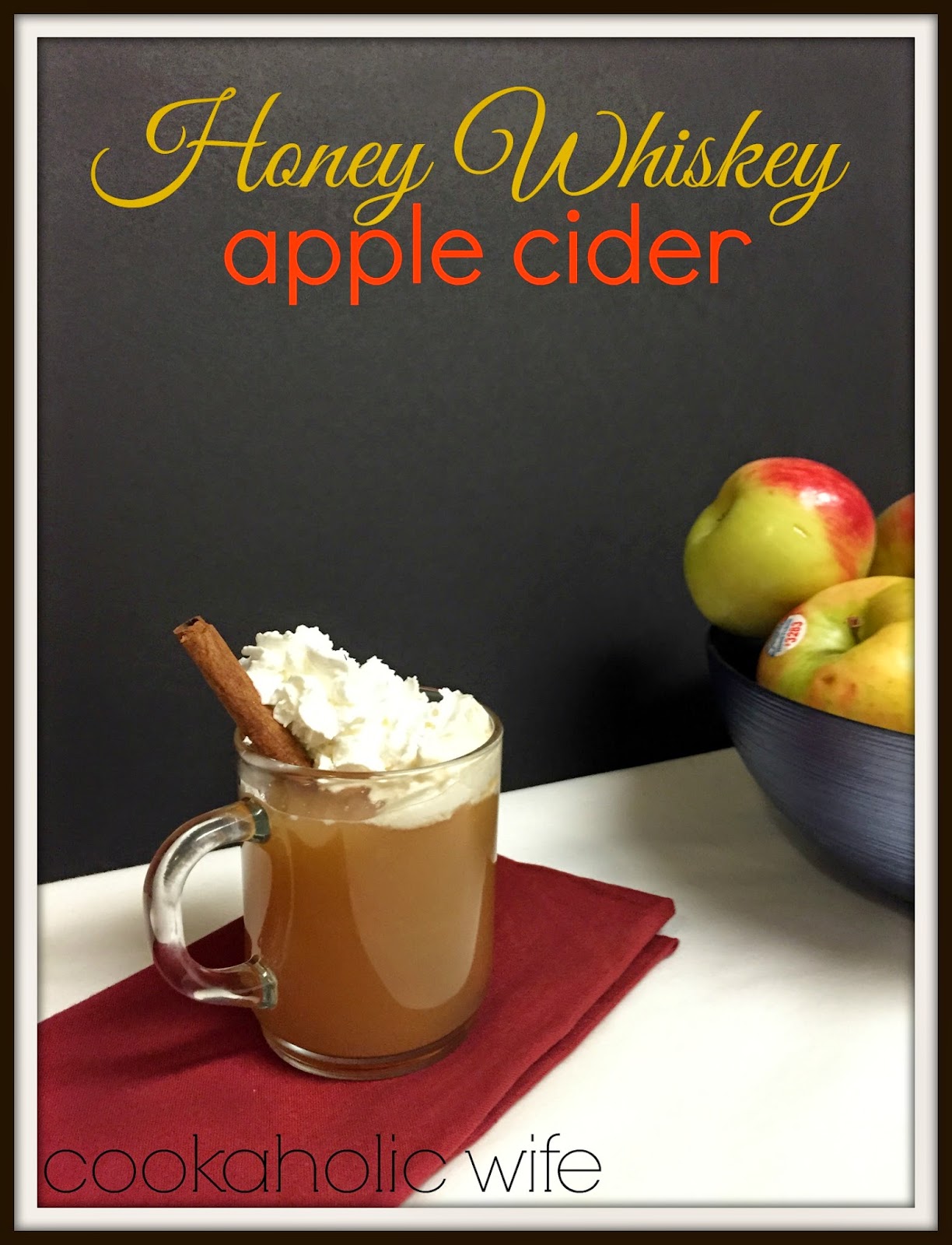 Personally I find apple cider typically too sweet to enjoy on its own, but a splash or two of some honey whiskey definitely cuts right on through that sweetness and the cinnamon only adds to the holiday flavors and well, whipped cream makes everything better now doesn't it?