Home » Recipes » Round Up

Jeez can you really believe that it's New Years Eve and 2013 will shortly be coming to an end? This year has went by pretty quickly for me and honestly, I'm not sad to see it go at all. It was not the most pleasant of years and I have high hopes that 2014 will be a much better year.

As I've done in recent years, I decided to compile this little list of the most popular recipes, as determined by page views for this year. I opted to narrow them by down by month instead of just viewing highest page views for the entire year. 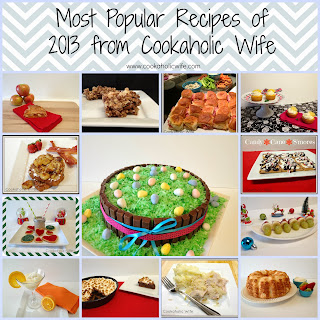 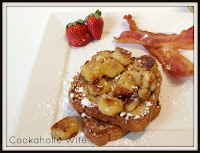 Banana French Toast
I was really surprised that this simple recipe was so popular. Then again, it's typically always a surprise to me when I see which recipes are more popular than others.
~{February}~ 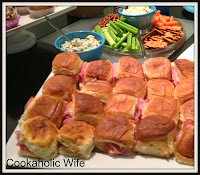 Tied: Crock Pot Pork and Sauerkraut and Ham and Cheese Sliders
I'm not even a little bit surprised about the Ham and Cheese sliders since I needed to make them multiple times to actually take a picture before they were all devoured. I really do love those little sandwiches. As for the pork and sauerkraut, I didn't realize having it on New Years day was quite a popular tradition.
~{March}~ 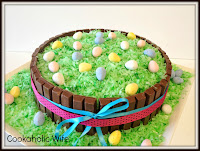 Easter Kit Kat Cake
This simple little cake that I shared for the Secret Recipe Club was by far the most popular recipe for the month. Actually, it's my most popular recipe of all time, currently with over 7,000 page views. I remember looking at the referring links a few weeks after it was shared on the Secret Recipe Club site and seeing that it was being shared and talked about as far away as Russia!
~{April}~ 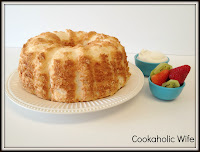 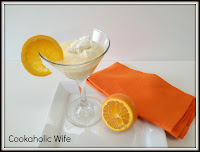 Tied: Angel Food Cake and Orange Creamsicle Martinis
I'm not sure if the Angel Food Cake was so popular because I shared it on my birthday and included that in the header, or if you all are just super fans of Angel Food Cake. Either way, I'm not complaining. As for the martinis, does this mean you want me to start sharing more drink recipes?
~{May}~ 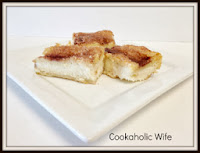 Sopapilla Cheesecake Bars
Ohhhhh I really need to make these again. I just barely remember how delicious they were, which means I should add them to the dessert rotation again just so I don't forget.
~{June}~ 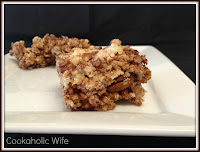 Rocky Road Rice Krispie Treats
You can never go wrong with chocolate and marshmallows, can you?
~{July}~ 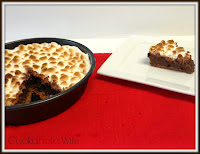 S'mores Pie
Obviously not, considering you chose two recipes back to back with the main ingredients consisting of chocolate and marshmallows. I realized I'm not a big pie maker but I'm planning to remedy that in 2014. Let's think of it as a resolution: to make more pie.
~{August}~ 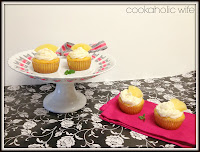 Pineapple Cupcakes with Coconut Cream Cheese Frosting
Talk about a cupcake that conjures up some tropical memories. Pineapple, coconut, sun, sand. the beach. What could be better?
~{September}~ 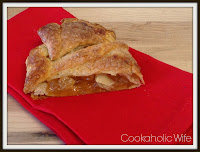 Honeycrisp Apple Breakfast Pastry
Here's a month where I was right there with you. I love everything there is about this recipe and I've made it a ton of times since sharing it with you for this recipe swap. I still think I could eat this weekly for months on end without it getting old.
~{October}~ 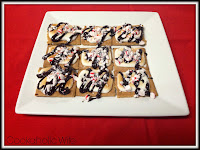 Candy Cane S'mores
It was a bit of a shock that you all chose a Christmas-y recipe in October, but hey with the short amount of time we had between Thanksgiving and Christmas, I should have been thinking of Christmas recipes way before this! And yet, further proof that you're into marshmallows. Should I do a round up of recipes including marshmallows? 🙂
~{November}~ 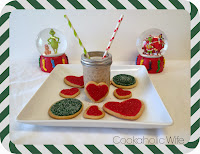 Grinch Heart Cookies
Aww, now it just warms my heart that you love these cookies (and possibly the Grinch) just as much as I do. I'm only sad that I didn't get to share more Grinch and holiday recipes with you this year.
~{December}~ 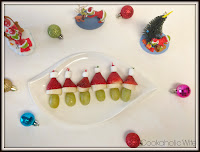 Grinch Fruit
Another recipe that makes me incredibly happy you liked it as much as I did. You can never go wrong with a fruit dessert, especially around the holidays when your typical choices are of the cookie/cake/pie variety.
Big thanks to all of my readers and followers who make lists like this possible. I love to see which recipes you enjoy the most. I have quite a stock pile of recipes to share with you already, so I'm already curious to see which recipes you'll love the most for the 2014 recap!
Have a wonderful and safe New Years Eve celebration and a delightful 2014!
« Mini Tomato-Parmesan Tarts
Garlic Herb Pork Tenderloin »