When I signed up for the 12 Weeks of Christmas Treats I challenged myself to make something for all 12 weeks. I made a tentative list of what I wanted to make and share.

I was a bit over-confident in the sense that I assumed what I chose would actually turn out. My intended choice for this week was a cinnamon sugar cookie bar. I found the recipe on Pinterest and I had all of the ingredients, so I made it over the weekend. Except, it wasn't anything like the image.

The image was of a thin sugar cookie crust with a tall pillow-y marshmallow looking frosting on top. What I ended up with was a 3 inch tall cookie...cake for a lack of better terms with a thin non-pillow-y crust. What's worse, it was gross. You should never be able to go wrong with a cream cheese frosting, but alas, you can. I should have taken a picture and submitted to that site where you share the failed Pinterest recipes but I opted to just toss it.

So here it was, Sunday late afternoon and I had absolutely nothing to share with you for this week. I don't have a lot of time after I get home from work and after the fail, I was kind of hesitant to try out a recipe I hadn't made before. Again...

Monday, on the way home from work, inspiration hit. Some of the recipes I had planned to make were drinks. I had more than enough wine, so why not easily whip up a recipe for sangria? And so this week's submission was saved. 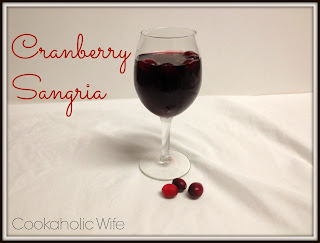 Directions:
1. Combine all of the ingredients in a large pitcher and serve.
To make in advance: leave out ginger ale until right before serving. 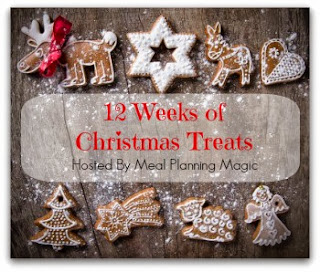 Simple, quick and tasty! To find out more about the 12 Weeks of Christmas Treat's, head on over to Brenda's blog Meal Planning Magic.