Disclaimer: This post is sponsored on behalf of #AppleWeek. Our generous sponsors Envy Apples, Bob’s Red Mill, Republic of Tea, Flahavan’s Irish Oats, Nairn’s, Taylor & College, Zyliss, Chocoley, and Torani have provided us with products for recipe creation and a giveaway for our readers. As always, all opinions are my own. 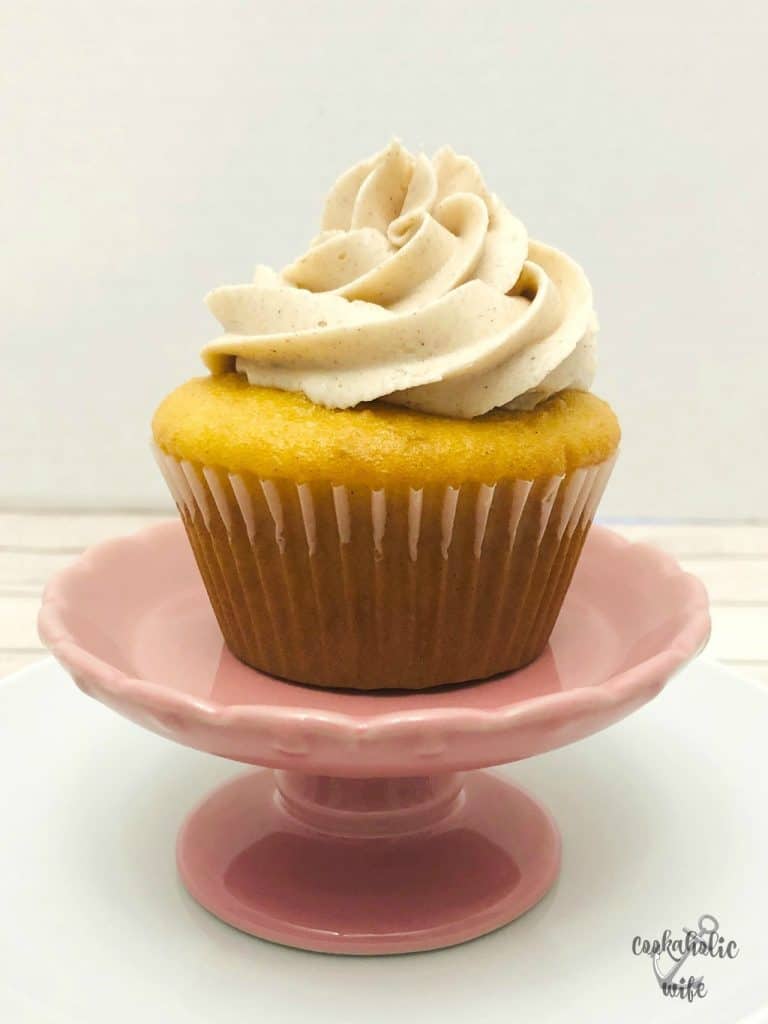 Way back in November of 2009, I shared my first recipe on Cookaholic Wife. It was for an Apple Pie which was the first dessert recipe I ever learned how to make.

Talk about memories! So #AppleWeek has always been a little bit special to me because it reminds me of that first recipe I shared and the beginning of blogging. 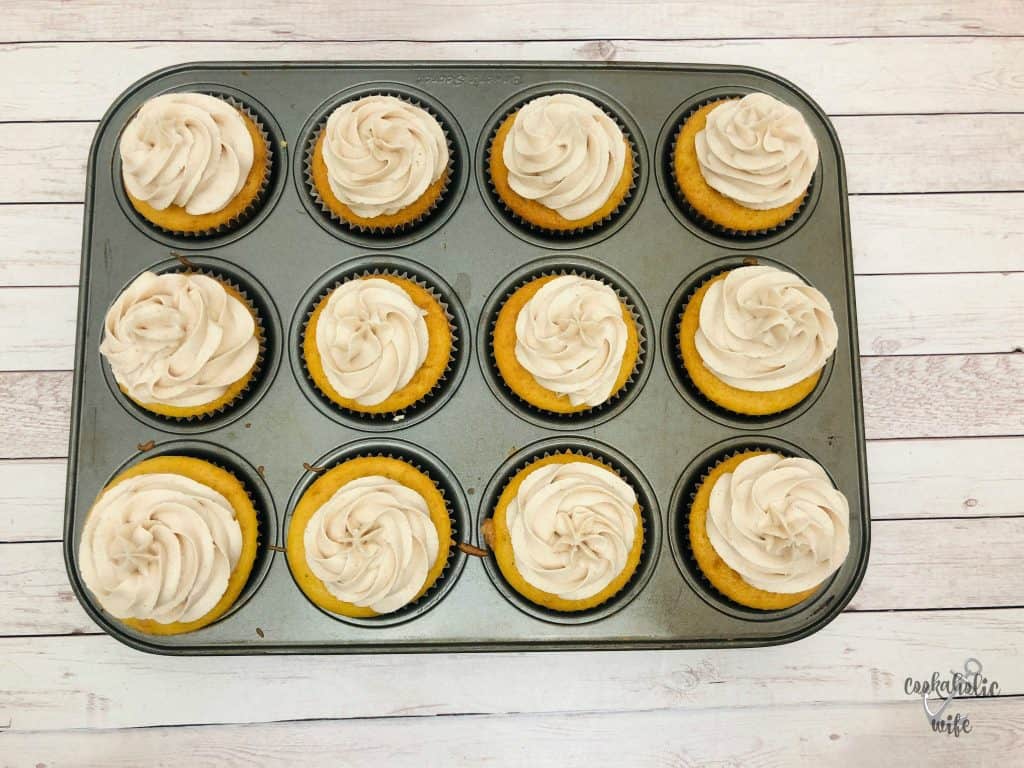 Can we just talk about how much I love these Apple Pie Filled Cupcakes for a minute? It's a homemade apple pie mixture INSIDE of a cupcake.

If you've checked out my other recipes this year, filled cupcakes are kinda my thing. And it's topped with a cinnamon buttercream, which also may be my new favorite buttercream for fall flavors.

WHAT ARE APPLE PIE FILLED CUPCAKES? 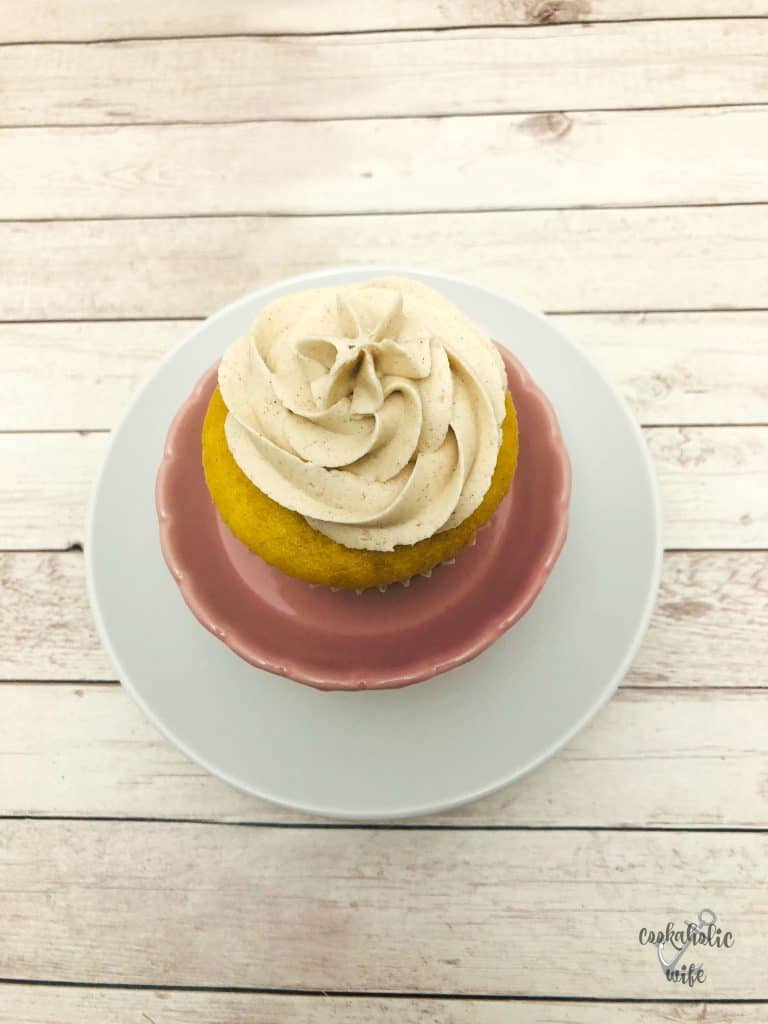 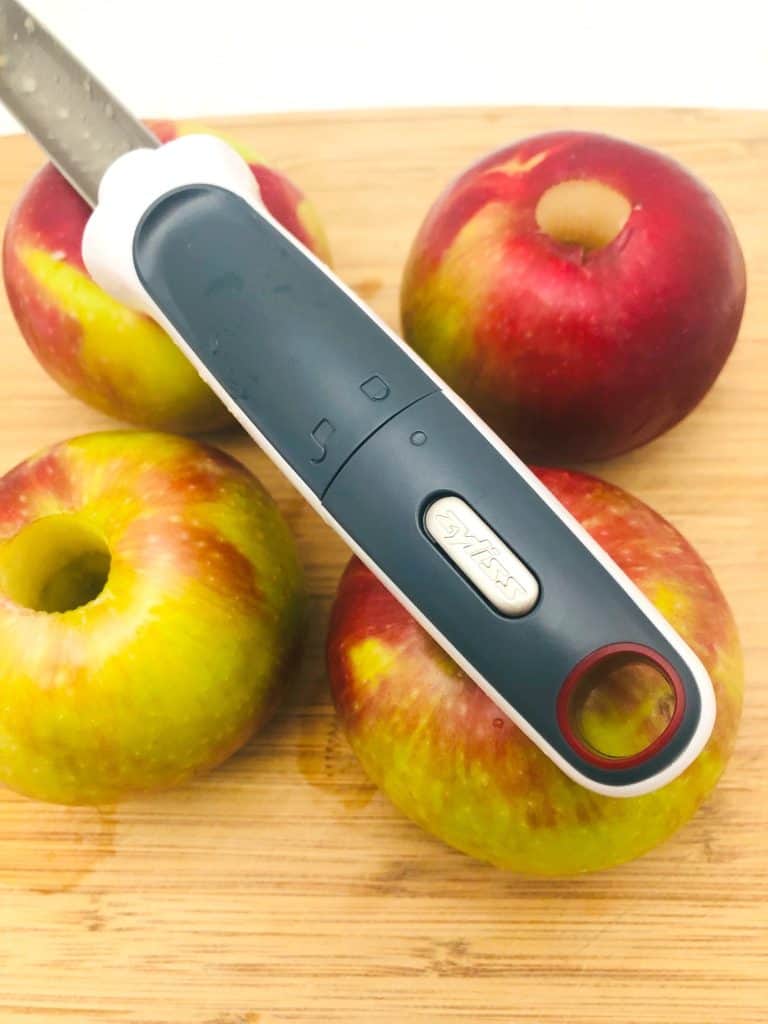 PRODUCTS USED IN THIS RECIPE

Coring apples is one of least favorite things to do. If you cut them up with a knife, you end up leaving a bunch of the apple flesh on the sides, but with the Zyliss corer, that's not an issue. Seriously, I don't know how I survived so long without one of these!

Bob's Red Mill provided #AppleWeek bloggers with flour and sugar for this event. I absolutely love the quality of their products. It's the first time I'm working with Taylor and Colledge, but anyone who sends me vanilla bean paste is a-ok in my book. If you've never used vanilla bean paste before, get yourself some and your life will be changed. Extract is delicious and all, but paste? Game changer. 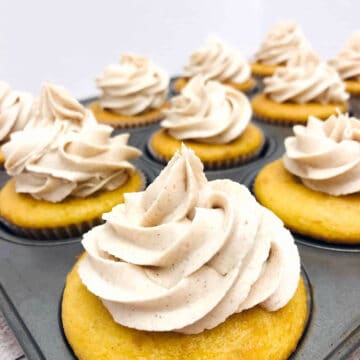 There's really amazing prizes you can win for Apple Week. Check out what they are on my Welcome Post and enter here -