This post is very bittersweet for me. It's the last time I'll ever share a Secret Recipe Club reveal again with you.

I started participating in the group back in the summer of 2011 where I decided to make a croquembouche. From the beginning I loved the concept of the group; being assigned a new blog to explore and chose a recipe from. 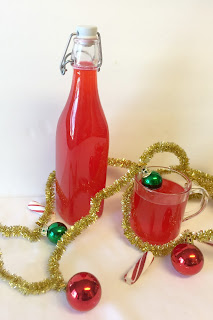 Some months were easier than others but I never skipped a month and have a huge collection of recipes on here that I likely would have never made otherwise. I've also met tons of other food bloggers and participated in other events with them. Overall, it's been an awesome experience and I'm sad that it is coming to an end. 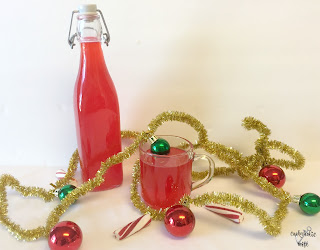 I was assigned to The Hobo Kitchen which is written by Ellie. "Hobo" is short for Hoboken, a city in New Jersey where Ellie currently lives. She's been food blogging just about as long as I have and has quite the variety of recipes to chose from.

At first I thought I should pick an intricate recipe, to end the Secret Recipe Club on the same note that I came in on with a croquembouche, but then I started thinking about the holidays and quickly knew that I should make a recipe for that instead!

I LOVE peppermint. Last year I even found a mini bottle of holiday edition peppermint vodka that I thought was freaking incredible. So of course when I saw that Ellie has a recipe for Candy Cane Vodka, my recipe search was over! 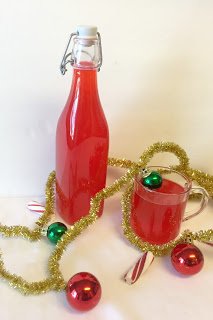 Keyword candy cane vodka, christmas, flavored vodka
Did you make this? I want to see, soMention @CookaholicWife or tag #cookaholicwife!

How easy is that? And how gorgeous is that red color? 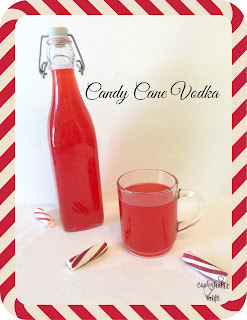 If straight shots of candy cane vodka aren't your thing, you can also mix it into drinks and hot chocolate. Ellie suggests adding it to lemonade, champagne or eggnog. Those all sound like a great choice to me! 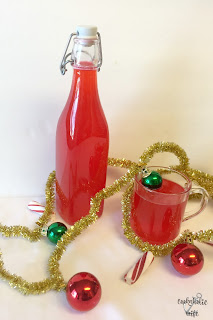 You could also make a cupcake with candy cane frosting and add a shot of this vodka into the frosting for an extra kick! (I think I know what I have to make next!)