Cinnamon Roll Bundt Cake is a light and fluffy cake with a cinnamon sugar swirl and cream cheese frosting, reminiscent of a cinnamon roll.

Cinnamon Rolls are one of my favorite breakfast treats to eat and to make. I absolutely love cream cheese frosting and the glaze for this cake is very similar to that, making it a perfect pairing. 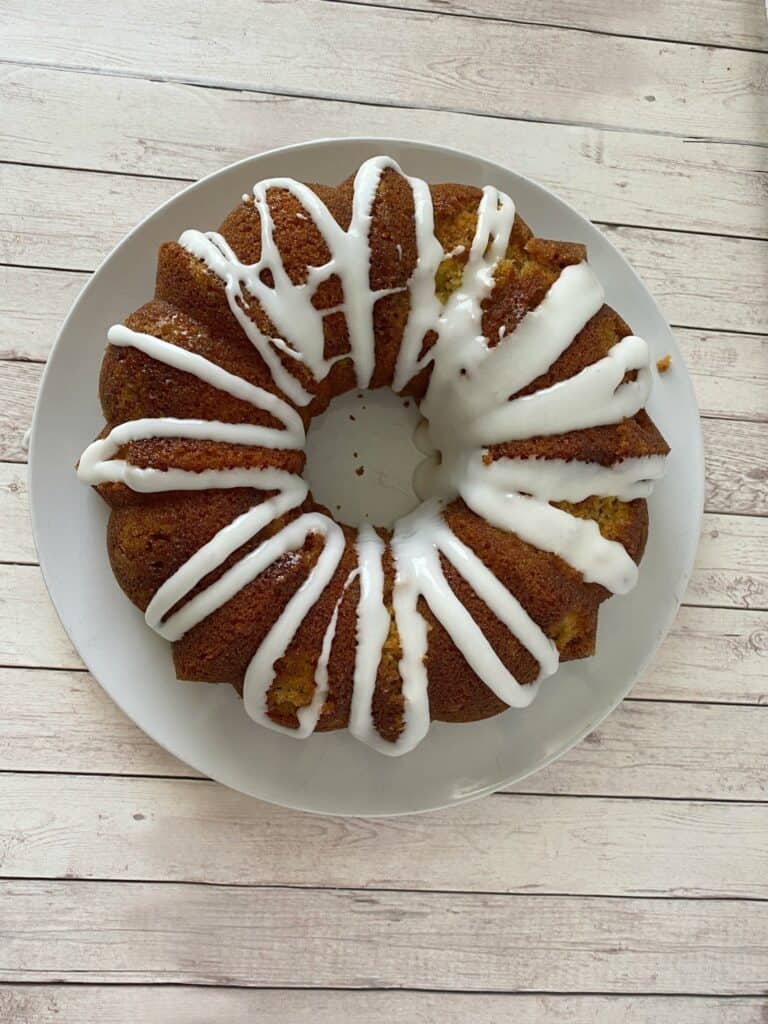 I've made this cake a few times and when I took it into work, my coworkers went crazy for it, devouring it in a few short hours. The cake is light and fluffy and has a cinnamon and brown sugar swirl mixed through it for even more goodness. And then there is the glaze. Cream cheese, powdered sugar and milk provide just the right amount of sweetness for this cake. 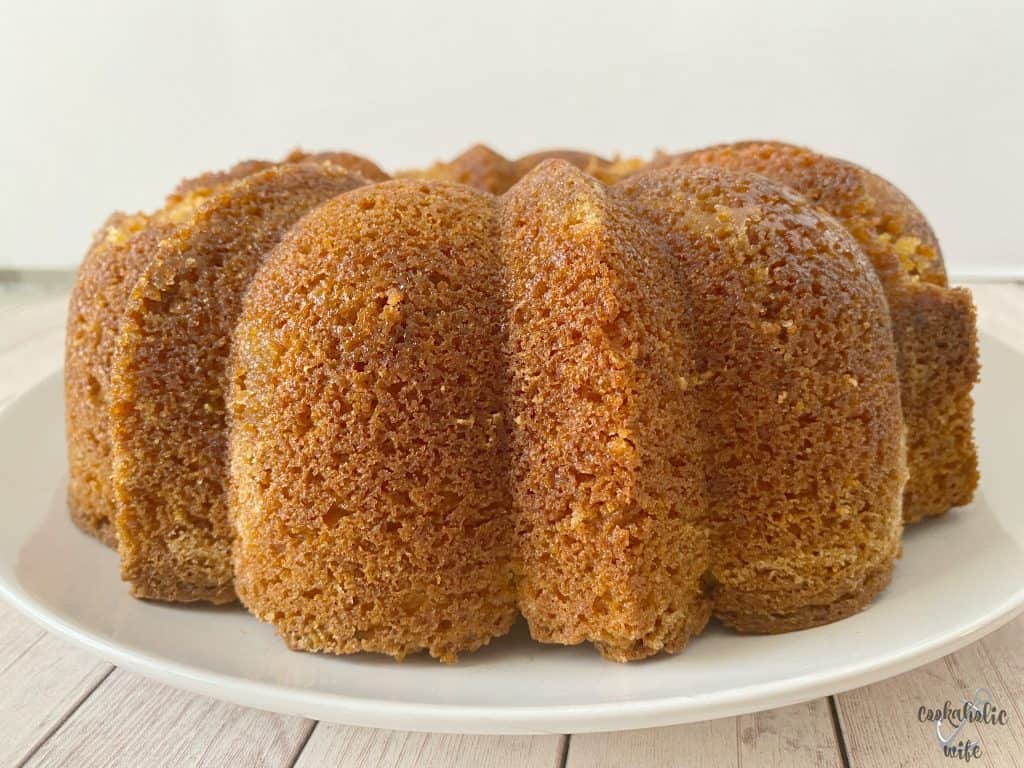 WHAT IS A BUNDT CAKE?

Bundt cake comes in a ton of varieties and is distinguished by the type of pan it is baked in. The pan was created in Minnesota in 1949. A trio of ladies approached an engineer who was working on aluminum castings and asked if he could provide them with a tube running up the center of the cake, as one had a similar pan from her European grandmother. And such, the Bundt pan was created! 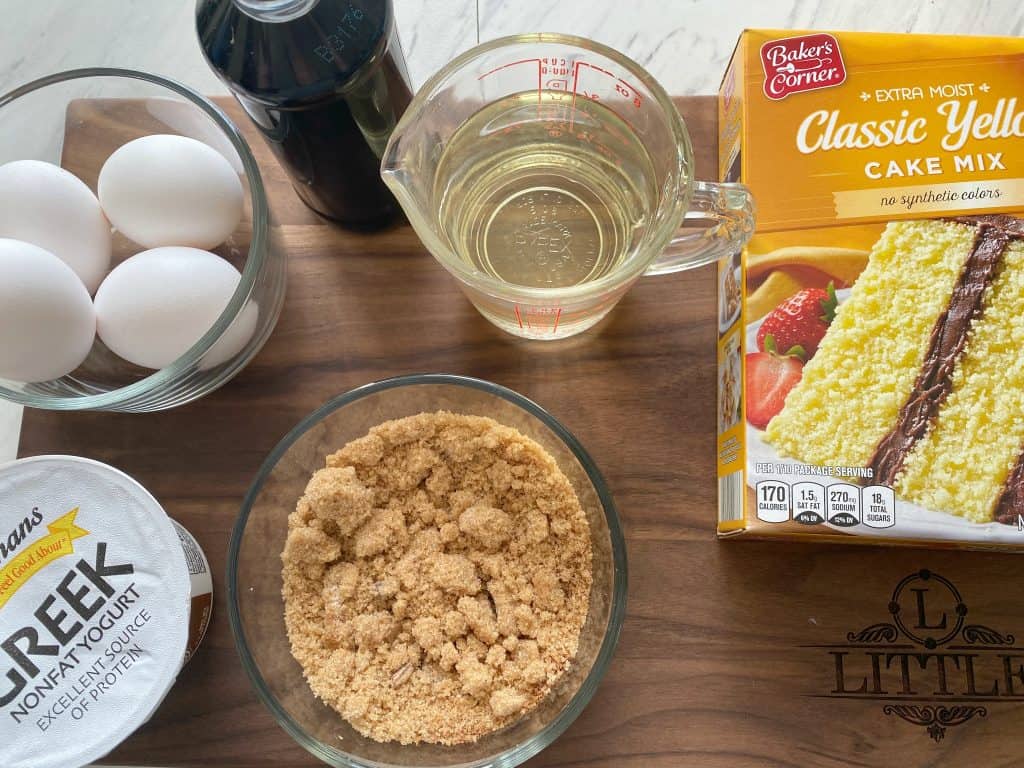 CAN YOU USE BOXED CAKE MIX IN A BUNDT PAN?

Absolutely! This cake comes from a boxed mix. I've made tons of other bundt cakes using boxed mix cake and have never had any issues. You just need to make sure to spray or grease the pan really well.

The theme for February's Bundt Bakers is a cake inspired by your favorite muffin recipe. While you may not think of a cinnamon roll as a muffin, the main components are there. I love a muffin that has brown sugar and cinnamon, which this cake has. The glaze gives it more of a cake feel, as muffins typically aren't glazed, but this cake would be no less delicious without the glaze. 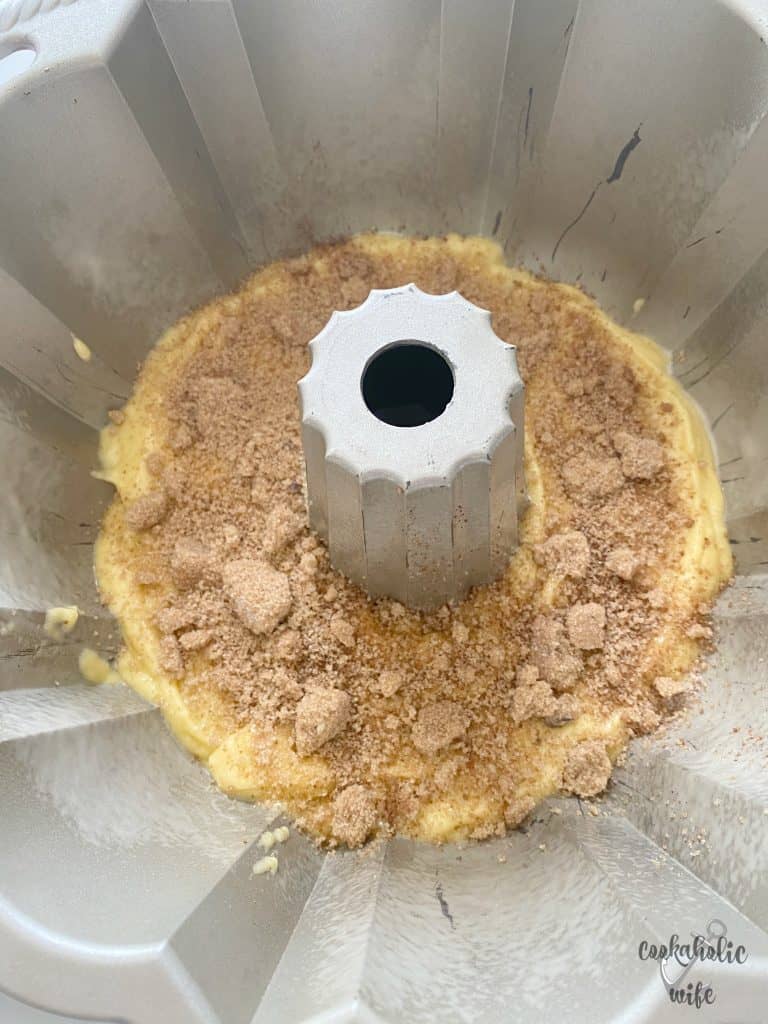 #BundtBakers is a group of Bundt loving bakers who get together once a month to bake Bundts with a common ingredient or theme. You can see all of our lovely Bundts by following our ;Pinterest board. We take turns hosting each month and choosing the theme/ingredient.Updated links for all of our past events and more information about BundtBakers, can be found on our home page.

WANT TO SAVE THIS RECIPE? PIN IT TO YOUR FAVORITE PINTEREST BOARD! 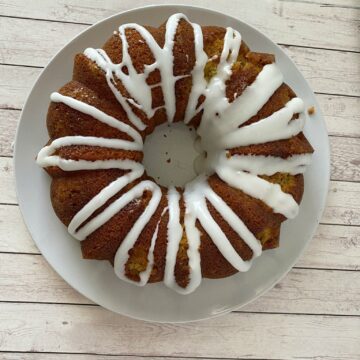