This past Saturday we celebrated the birthday of my friends daughter. Kenzie turned 10 back at the end of May, but her party was held on June 14th. It was minion themed so of course I volunteered to make minion cupcakes.

These adorable little buggers had been staring at me on Pinterest forever now and I finally had an excuse to make them. Once I finished them, Tom immediately said that he was jealous he didn't get minions for his birthday.

Knowing how busy I was going to be, at that kids wouldn't even notice the difference between boxed and homemade, I opted to go for the prepared route. You could easily make your favorite chocolate or vanilla cupcake from scratch, as well as making an icing and tinting it blue. 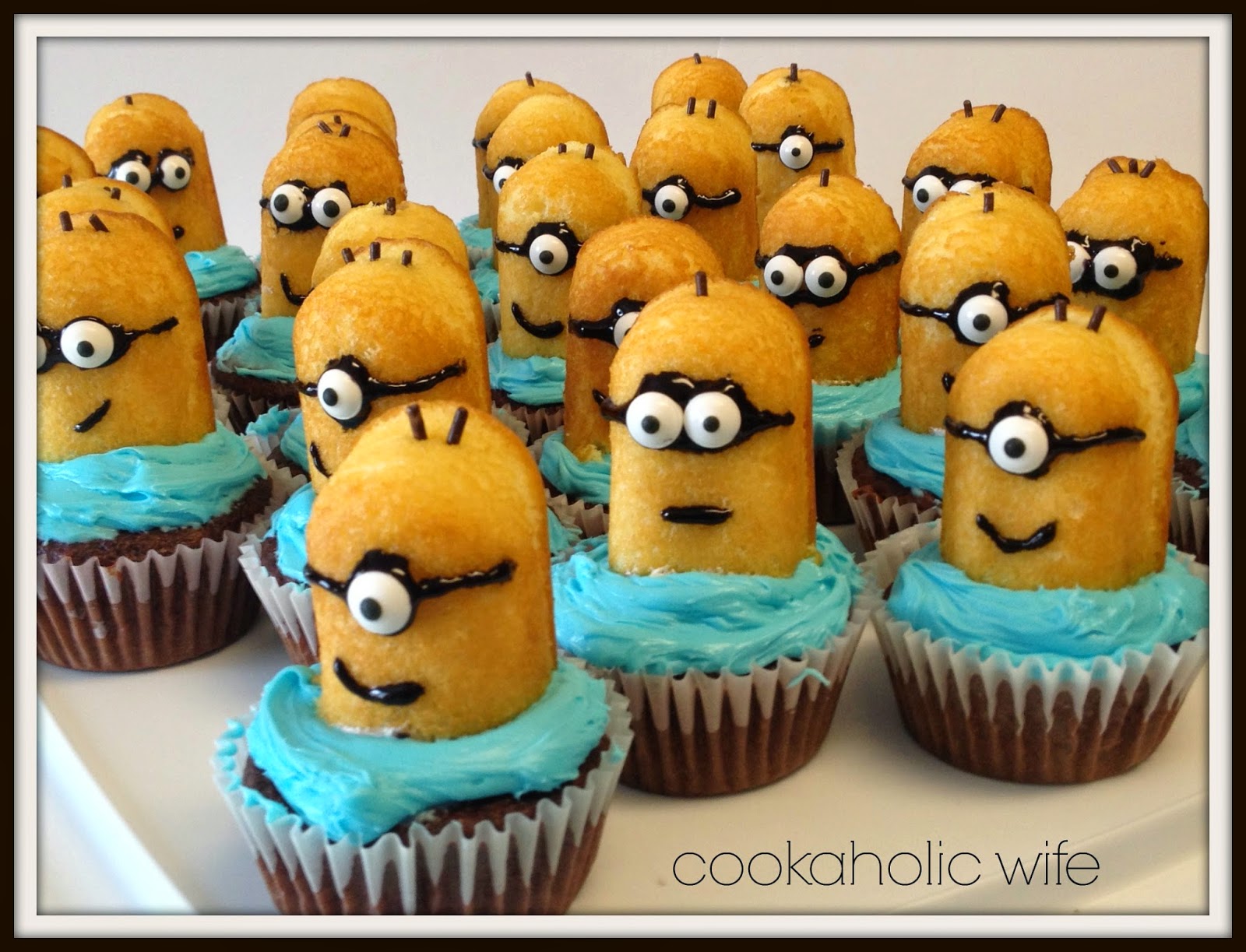 Directions:
1. Preheat the oven to 350. Line two cupcake pans with paper liners.
2. Add cake mix, eggs, water and oil to a bowl or stand mixer and beat on medium speed for 2 minutes or until no lumps remain.
3. Divide the batter evenly between the cupcake pans, filling each one about ¾ of the way full.
4. Bake for 18-22 minutes or until a toothpick inserted in the center comes out clean.
5. Transfer to a wire rack to allow to cool completely.
6. Spread the blue raspberry frosting on top of the cooled cupcakes. Use about 1 ½ tablespoons of frosting per cupcake.
7. Create the minions by slicing each Twinkie in half. Dab a spot of decorating gel on the back of each candy eye. Place on the Twinkie. Use the remaining gel to draw the minion "goggles" and a smile. Repeat on remaining minions.
8. Press each minion down into the frosting on the cupcake. Gently press 1-3 chocolate sprinkles into the top of the Twinkie creating minion hair. 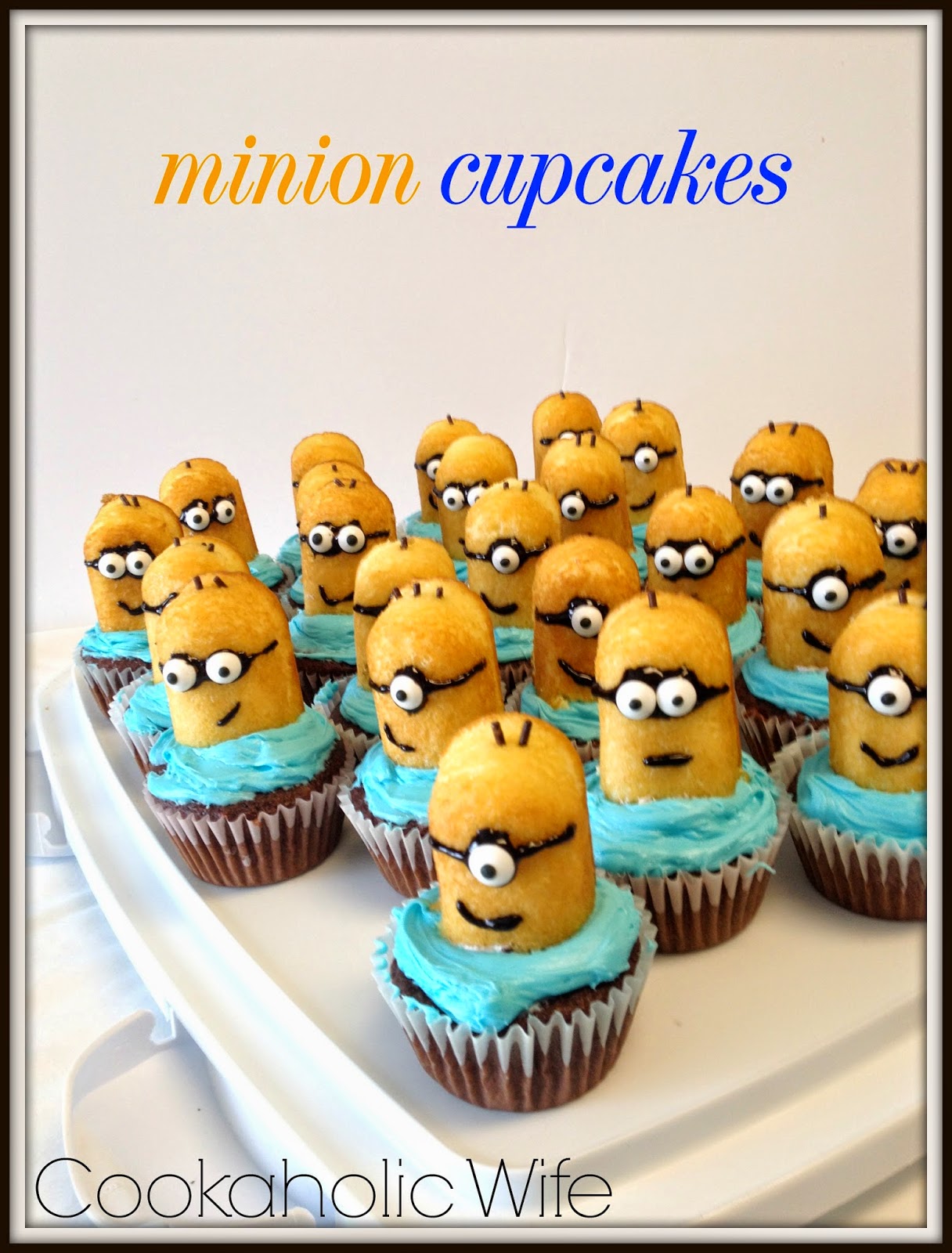 Aren't these just incredibly adorable? I need an excuse to make them again, they're just too cute!