Orange Creamsicle cupcakes are sweet cupcakes with a mild orange flavor, a fluffy marshmallow filling and an orange buttercream frosting. 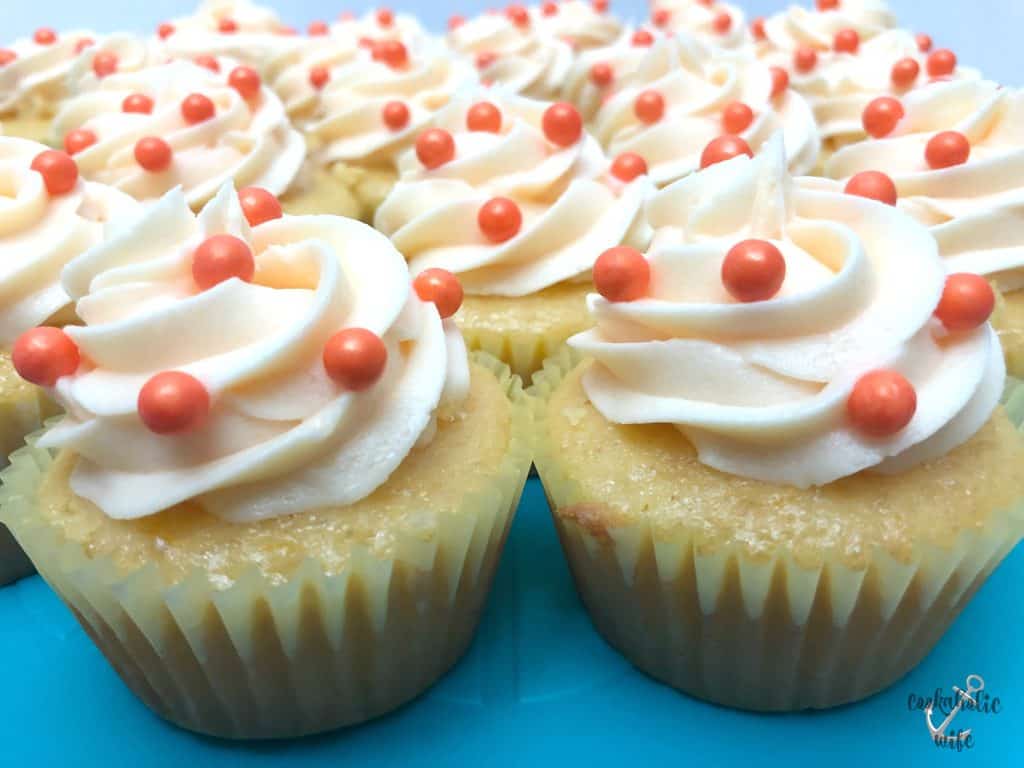 I ❤ creamsicle! It's one of my favorite flavors and always my second choice when I go to get a snowball. (That's a snow-cone for those of you not from Maryland). Egg custard is my favorite snowball flavor. While they're not at all made the same way, the flavor is kind of similar.  Looking back through my posts, I realized that I've made quite a few creamsicle recipes and haven't shared any of them with you. No idea how that happened! But, I promise to change that! There's no way I'm not making creamsicle flavored desserts this summer. 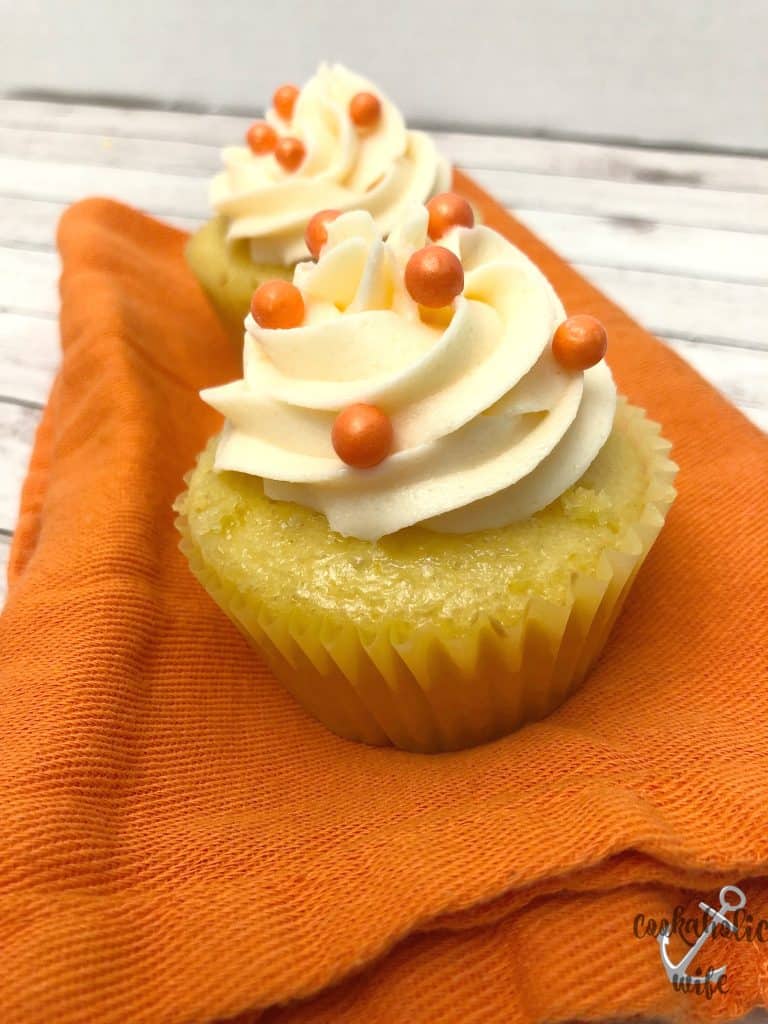 These cupcakes are incredible and will remind you of the creamsicle ice cream bars you used to be able to get as a kid (if you were alive in the late 80's to early 90's when they still made the good ones). 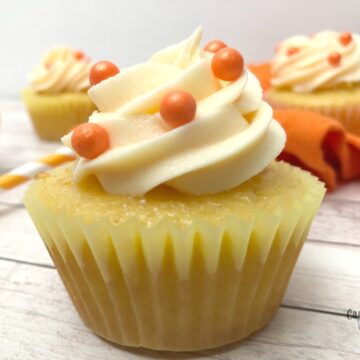 Adapted from: A BaJillian Recipes

Waiting for these cupcakes to bake and then cool enough to add the filling and frosting was seriously testing my patience. The smell coming from my oven was simply divine. Serious question - can you open a jar of marshmallow cream (fluff) without grabbing a spoon and eating some? This is not a quality I possess.

So it's a good thing the grocery store only had the massive jar of marshmallow fluff (15 oz. versus the 7 oz. jar) because the whole small jar is used in the recipe. 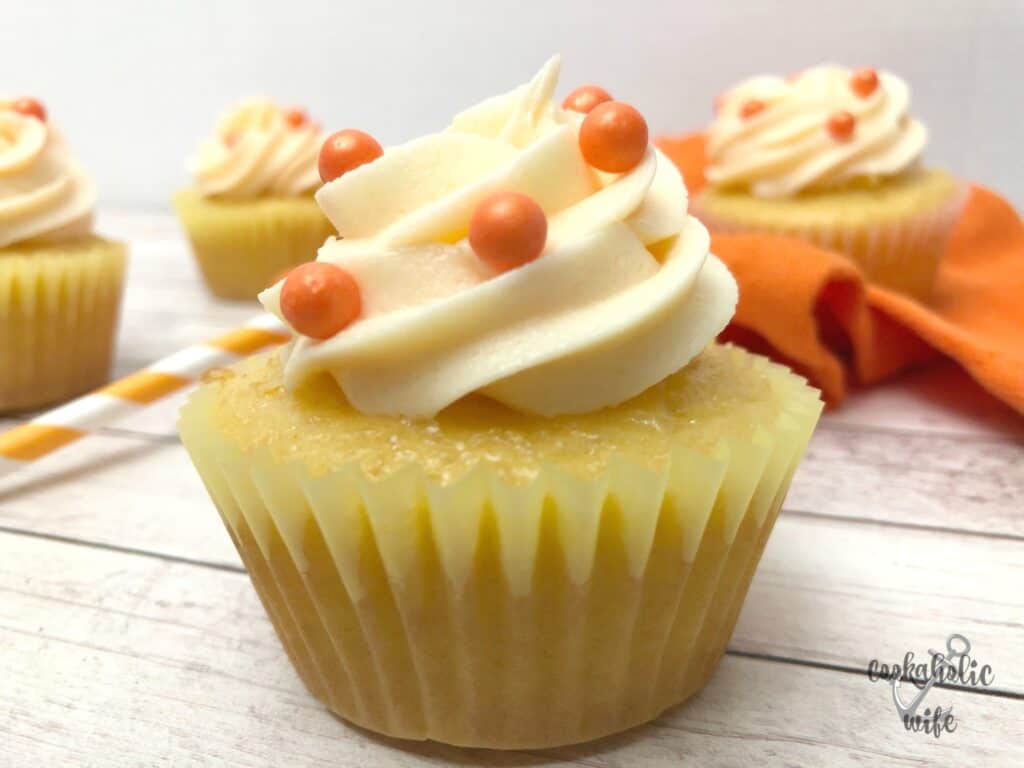 It was probably two spoonfuls.

Desserts are usually made on Sundays for me and then I bring them into work on Monday mornings for my coworkers. These were made on Monday night after work, decorated on Tuesday and then brought into work on Wednesday. My coworkers were confused to have treats show up in the middle of the week, but that didn't stop them from making them disappear very quickly.

Tom came over to me as I was almost done adding the sprinkles on top of the cupcakes. He asked if I was using tweezers because they were so perfectly spaced on the frosting. "Nope", I said, dropping them on individually to each cupcake. He couldn't believe it. Well dear, this isn't exactly my first cupcake decorating rodeo. 🤣 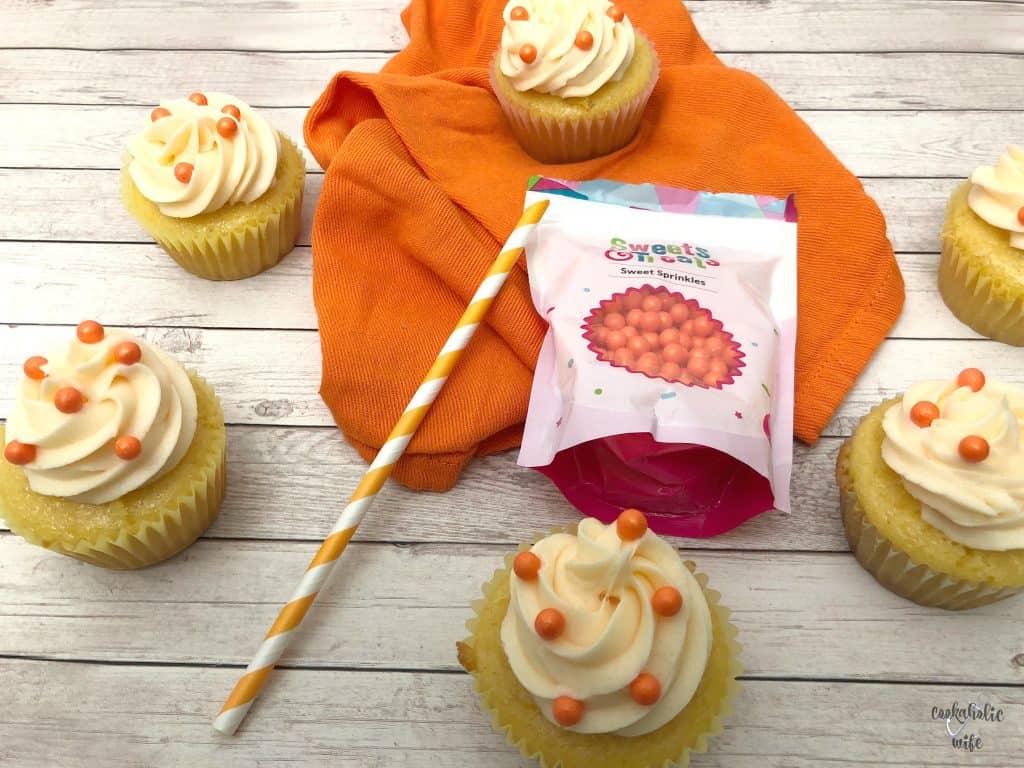 Thanks again to Sweets & Treats for the sprinkles!