These cupcakes are the first Once Upon A Time related recipe I'm sharing with you. Henry is the adopted son of the mayor of Storybrooke, Regina Mills. He is given a storybook by his teacher, Ms. Blanchard and Henry believes that the book is telling the truth; that everyone in his town is actually fairy tale characters who are cursed. They don't remember their previous lives and the Savior is the only one who can break the curse.
On his tenth birthday Henry leaves Storybrooke and goes to find Emma, his birth mother, because he believes she is the Savior and will break the curse so all the inhabitants of the town can get their memories back.
One thing Henry and Emma have in common is a penchant for hot chocolate with whipped cream and a dash of cinnamon. Serving a hot drink at a party is not an easy task so I decided to turn Henry's favorite drink into a cupcake, because everyone loves cupcakes, right? 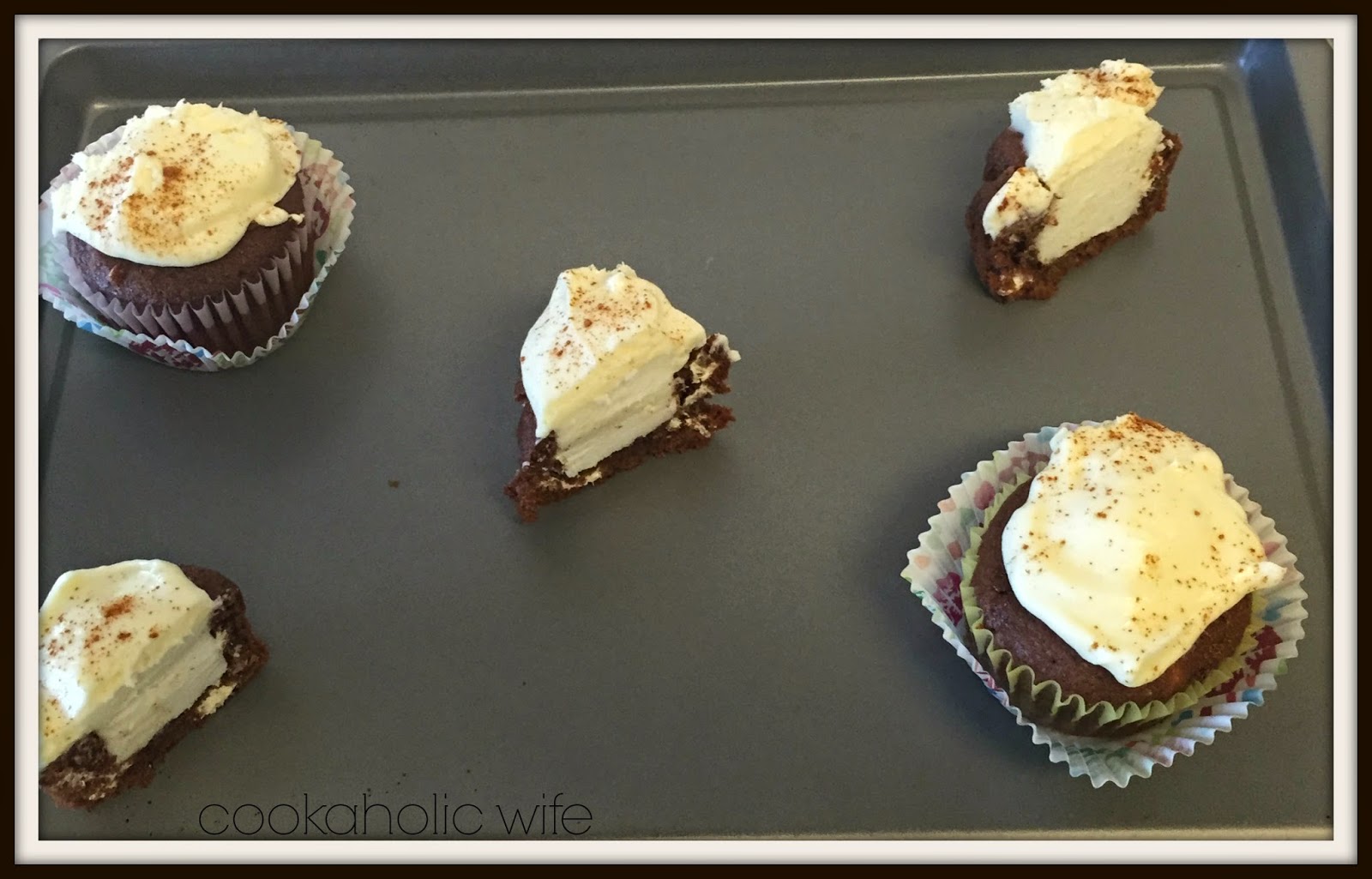 Directions:
1. Preheat oven to 350. Line a cupcake pan with 12 paper liners.
2. Combine flour, cocoa powder, baking soda and salt together in a bowl. Set aside.
3. Beat butter and sugar together until light and fluffy. Add in eggs one at a time, then add in vanilla.
4. Add in half of the flour mixture. Once combined add the sour cream, then the remaining half of the flour mixture until the batter is formed.
5. Fill each paper liner ¾ of the way full and bake for 20-25 minutes or until a toothpick inserted in the center comes out clean.
6. Remove cupcakes from pan and allow to cool on a wire rack.
7. Once cupcakes have cooled, cut out small circles in the center and press a marshmallow down into each.
7. Prepare the icing by beating cream cheese and sugar together on high speed until light and fluffy. Add in vanilla.
8. On low speed add the heavy whipped cream and gradually increase to high speed, whipping until stiff peaks form.
9. Use a spatula to spread frosting on top of  cupcakes. Sprinkle cupcakes with cinnamon.
Cupcake Source, sans marshmallows: Martha Stewart | Frosting Source: True Aim 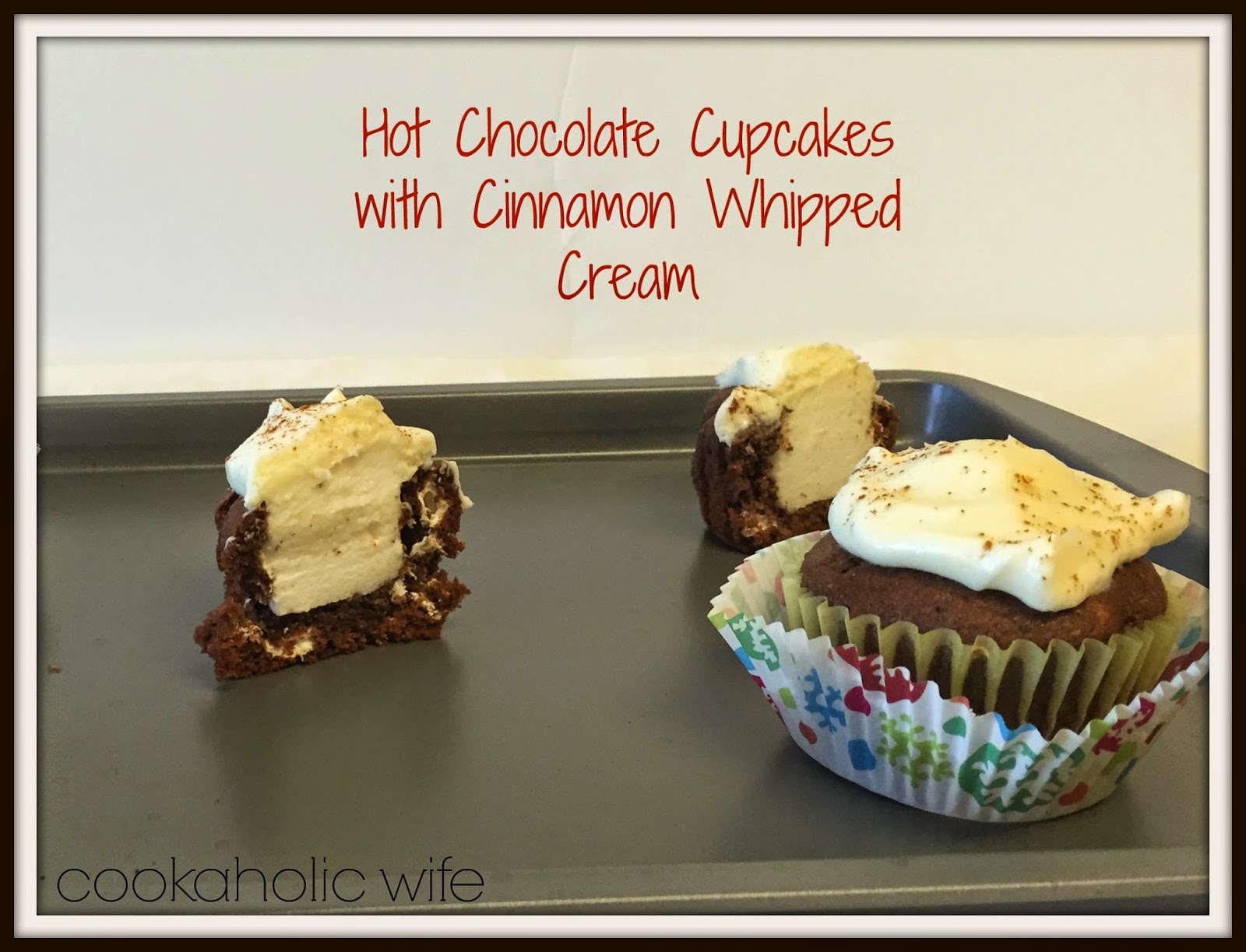