I'd admit it, some days I just get a genius idea. Granted, I didn't know this was genius until after I made it and Tom told me so, but genius, nonetheless. I'm aware that I'm not the first person nor will I be the last to think of taco pizza, but hey, it was the first time I ever thought to make it and I didn't consult any recipes so I'm calling it genius.

As much as I'd prefer not to admit it, we tend to eat ground beef at least once a week. There are only so many things that you can do with ground beef and I get bored easily. At the time I created this, I was burger-ed out. I realized we hadn't had tacos in a while, but I didn't feel like making traditional tacos. I also realized that I had just taken advantage of a coupon for Fleischmann's yeast and stocked up on the pizza dough variety. And the idea for taco pizza was born.

For Tom a taco consists of cheese, meat, broken up hard taco shells and taco sauce all mixed together in a bowl. Not a veggie in sight. I prefer mine of the soft shell variety with lots of lettuce and tomato and smidgen of sour cream. For the taco pizza, I decided we were both going out of our comfort zone because I planned on loading down this pizza with as many taco-related ingredients as possible. 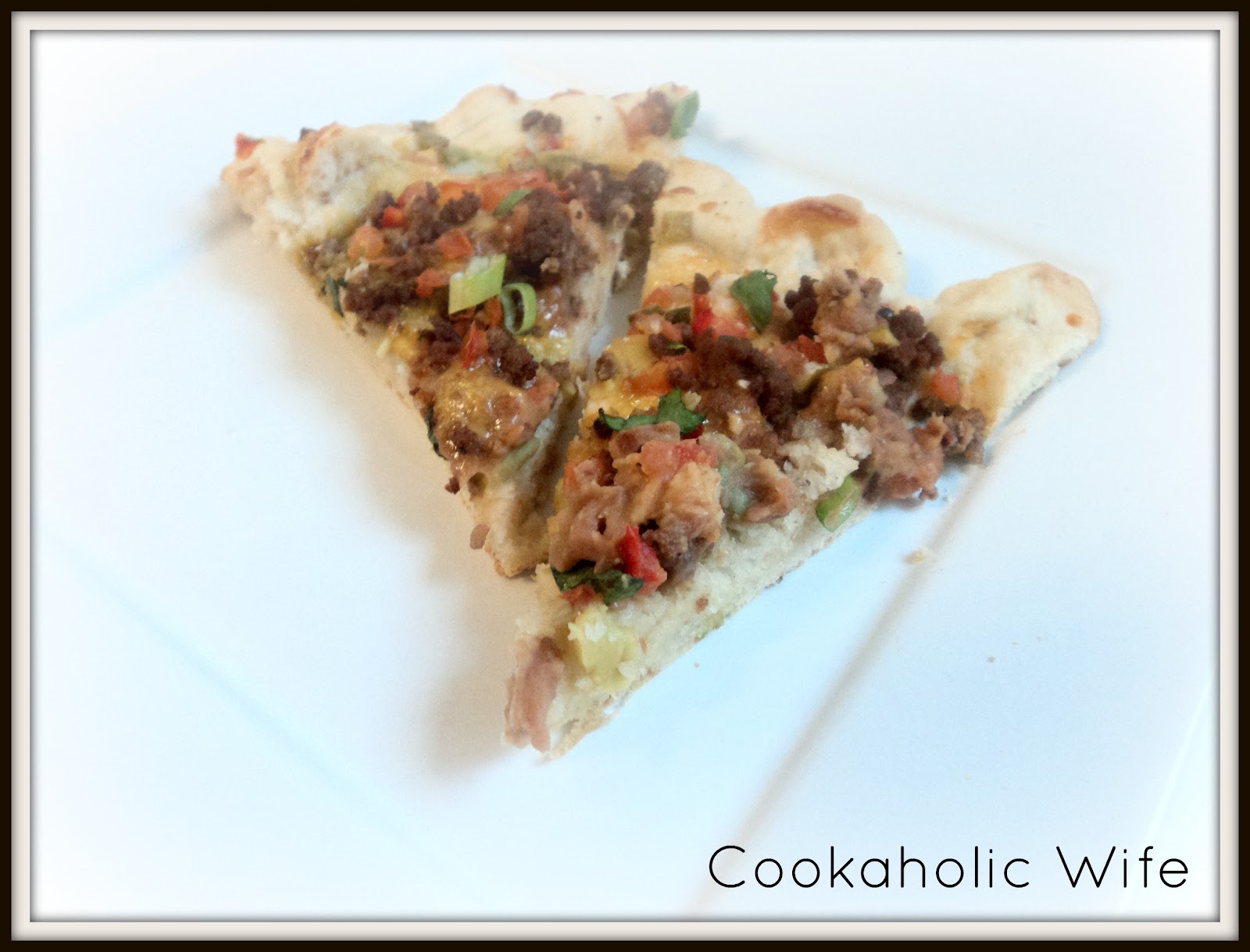 Directions:
1. Preheat the oven (and pizza stone) to 425.
2. Brown the ground beef in a skillet over medium heat. Add the water and taco seasoning and stir until combined.
3. Brush the pizza crust with taco sauce. Spread the guacamole and refried beans over the taco sauce.
4. Sprinkle the cheese over the pizza, then top with the seasoned ground beef and fresh salsa. Place the pizza on the pizza stone and bake for 12-15 minutes or until the crust is lightly golden.
5. Top the pizza with shredded lettuce and green onions (if desired). Serve hot. 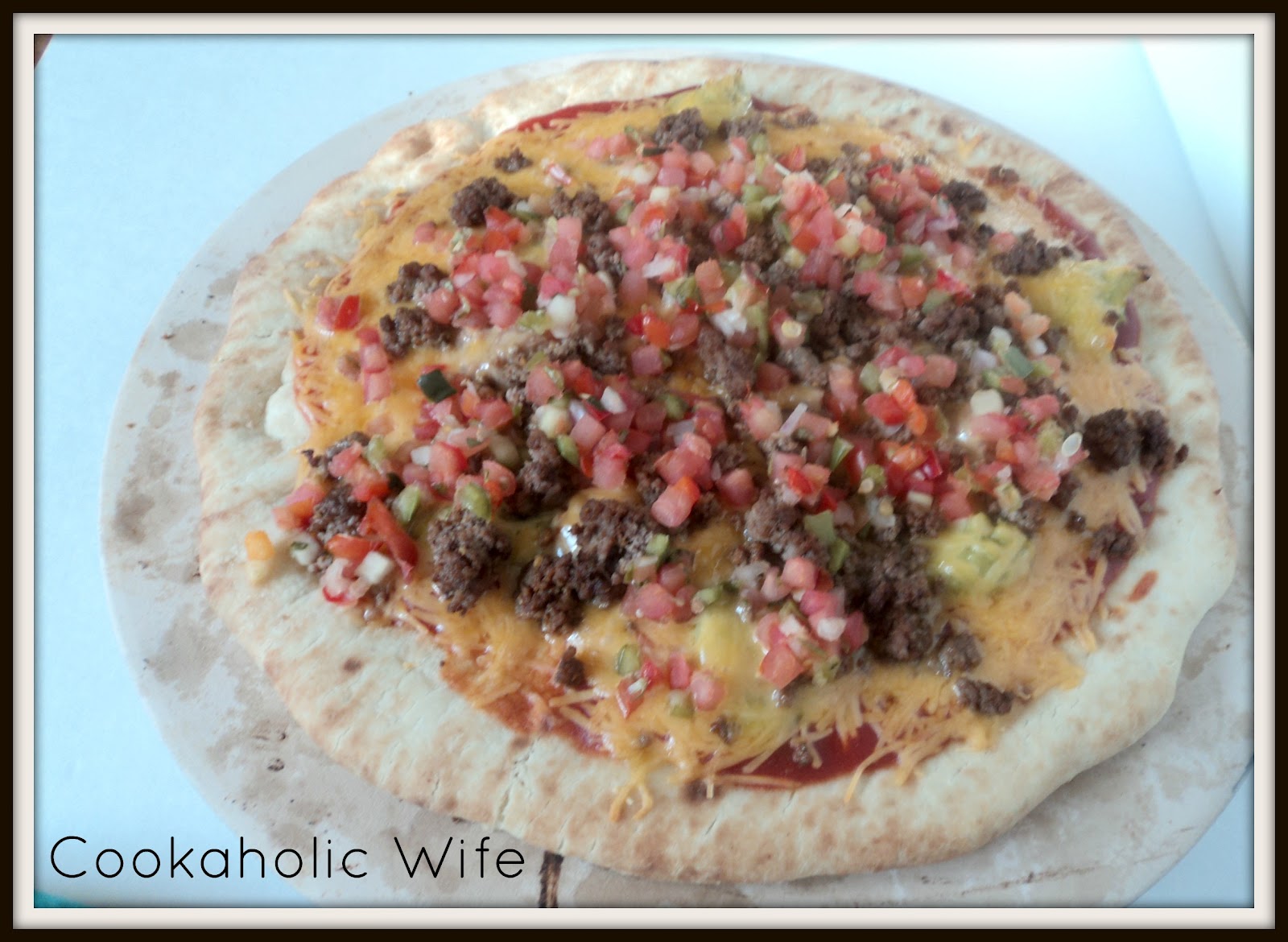 I have to admit, this was pretty damn delicious. I wasn't sure what I expected it to taste like, but this really did taste just like a taco on top of a pizza crust. I had a very hard time not going back for seconds and we actually liked this so much, I made it again over the weekend.