×
Would you believe me if I told you that 2014 was the first time I ever had a tater tot casserole? I have no idea why my mother never made anything like this, it was easy and included ingredients I would eat.

When I saw Ashley share this recipe on the cooking board, my first thought was, “That. That is going to be my last non Whole 30 meal that I eat.” Why? Because it includes three of the most wonderful things you can pair together; chicken, bacon and ranch. It’s kind of like eggs, bacon and toast. Or fruit, sugar and whipped cream. You just can’t ever go wrong with that combination of items. (Well, you probably can, but I’m not going to find out.) 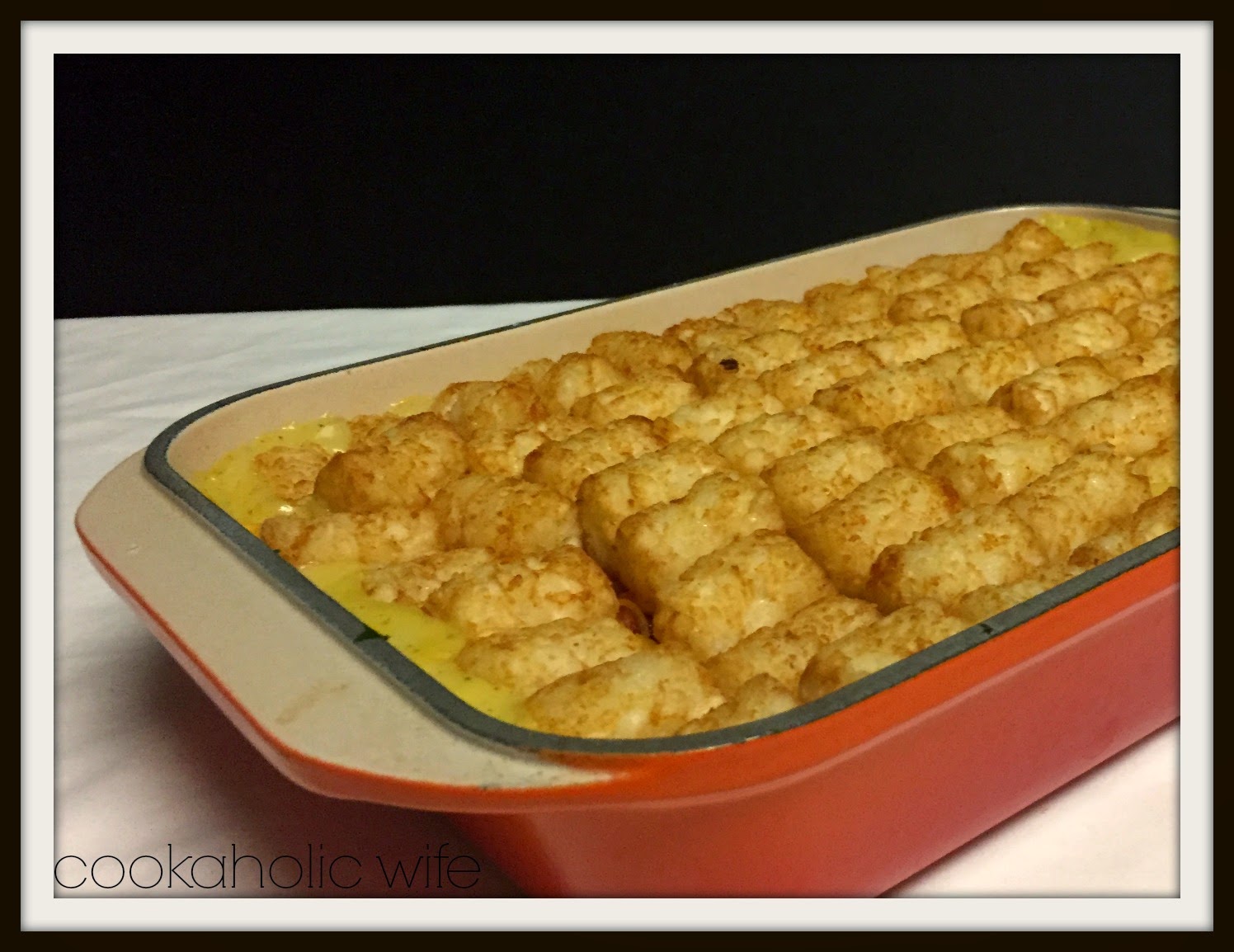 I emailed Tom the recipe and asked him if he would eat it. (He’s not a fan of ranch, the weird man.) He said yes so I scribbled down all of the ingredients on a post-it note and stuck it in my wallet to remind me when making the grocery list.

Directions:
1. Preheat oven to 350. Grease a 9×13 baking dish.
2. Stir together the cream of chicken soup, ranch dressing packet and sour cream until combined in a large bowl, then stir in the shredded chicken.
3. Spread the mixture into the prepared baking dish and top with a layer of the cheddar cheese. Add a layer of the crumbled bacon on top of that and then layer the tater tots on top.
4. Bake for 30-40 minutes or until hot and bubbly, then place in the broiler for 1-2 minutes or until the tops of the tater tots are crispy.

Ashley has a recipe for homemade cream of chicken soup that I would have made if I had the extra time. I opted to use two cans of the soup, and as you can see from the picture, its oozing over the top a bit, which is why I listed 1 ½ cans above. I couldn’t pass up having extra crispy tater tots so I popped this in the broiler for just a minute or two to get them a little more golden. 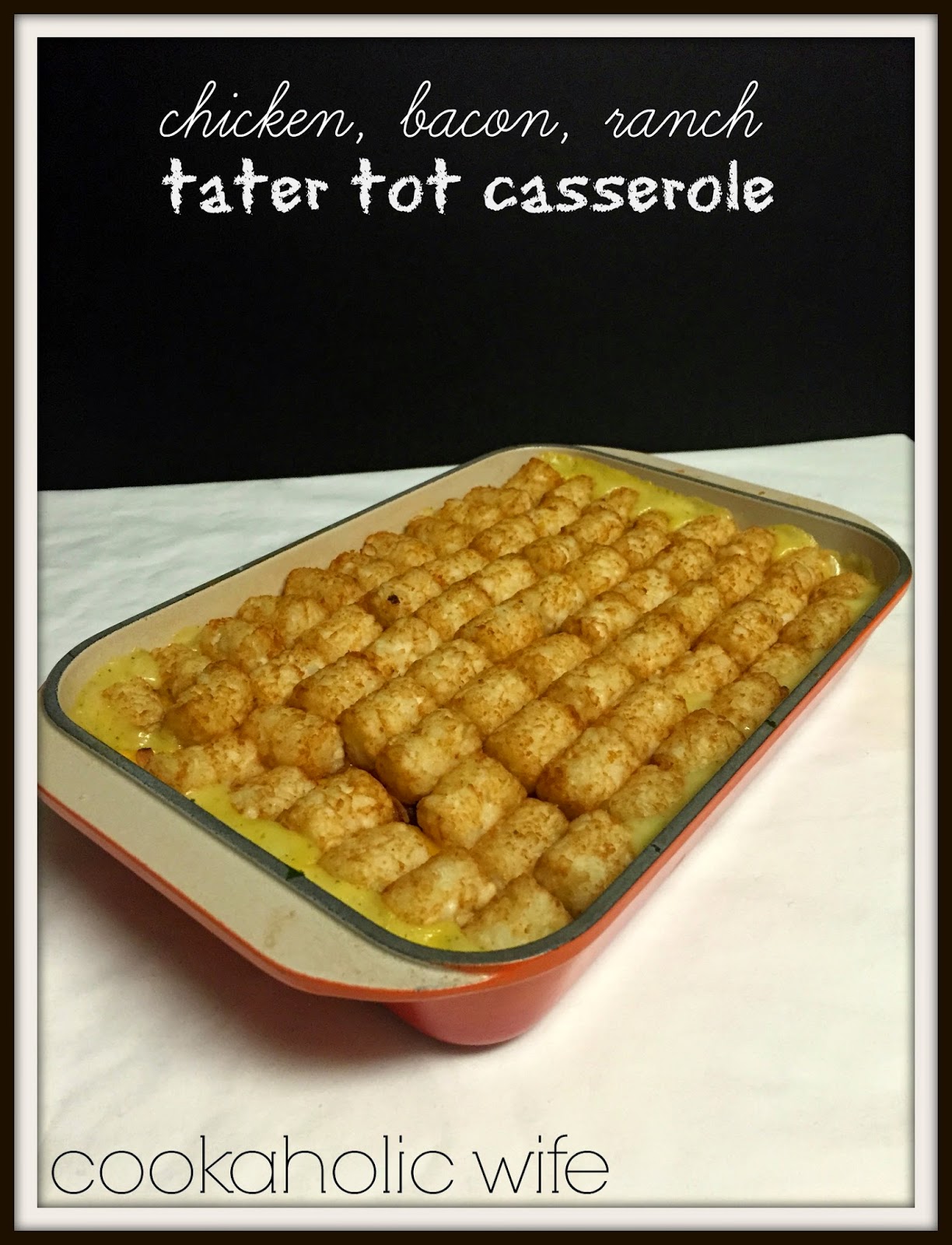 I only had a general idea of what this dish was going to taste like and it more than met my expectations. It’s hearty, warm and comforting food at its best.