Vacation! It is finally here!

My mom and Rodney go on cruises nearly every year and they had been asking us to go along with them. We tried to pull something together for 2016 but there were too many expenses and not enough time to plan, so we decided to push it out until March 2017.

I have thought about this cruise for over a year. We’re going on the Norwegian Dawn and our ports of call are Costa Maya, Mexico, Cozumel, Mexico, Harvest Caye, Belize and Roatan Island, Honduras. I chose the cruise because the ports of call weren’t your standard ones and I thought it would be awesome to visit Belize and Honduras.

Initially we were going to be on another ship and we were supposed to leave out of Florida, but about six months ago we were contacted by Norwegian saying that the ship has been chartered (more on that later) and they were providing us with two choices; we could leave the same week out of the same Florida port and go to other ports of call, or we could leave a week later out of New Orleans and keep the same ports of call.

The ports of call were the selling point of the cruise so in a matter of minutes, we all decided that New Orleans was the correct choice. Rodney mentioned to me never having been to New Orleans before and maybe we could go down a few days early to see the city. My cousin Rishelle, her mom/my aunt Mikey and Rishelle’s friend Mallory all agreed that it would be amazing to get two vacations in one.

So we found a house on Air BNB, rented it and started taking suggestions of places to go, foods to eat and things to do while in the wonderfully colorful city of New Orleans. 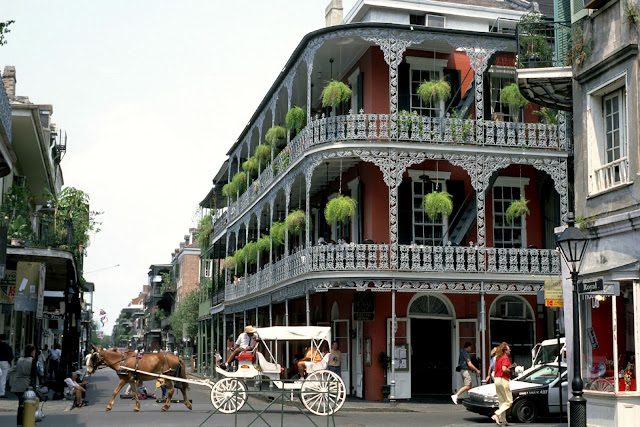 I’ve shopped, researched, packed and planned and now it is finally here! I cannot even begin to tell you how excited I am for this trip.

As I mentioned, Tom and I recently (randomly) bought a house and if everything goes through at settlement and it really is ours, we’re going to be spending the next few years on housing projects so this is really our last vacation to enjoy for some time.

So, I guess this is just a really braggy way of telling you all that I won’t be posting recipes for the next week or so since we’re doing a very limited internet package for emergencies (work and pet related) only. Okay, fine and Instagram posts because how in the world am I going to wait until we return back to Louisana and I get my regular cellular service back to post pictures?

If you want to see all of the cool stuff we do, and likely a TON of food, follow me on Instagram!